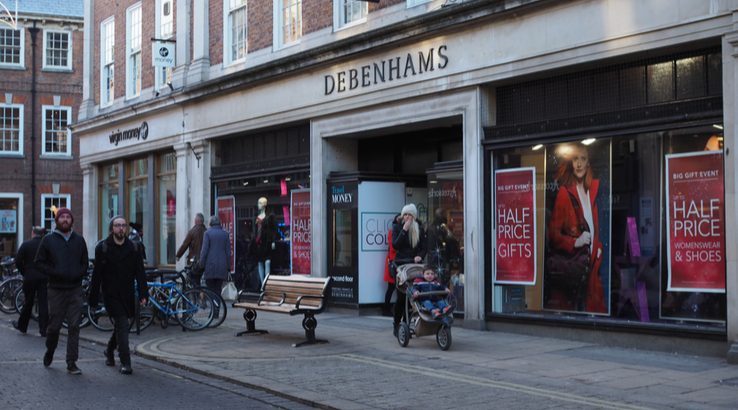 Brits will have the choice to complete transactions at Debenhams stores using Travel Money bureaux or on the Western Union Mobile app and pay at Debenhams locations.

Debenhams has announced that it is teaming up with Western Union to offer global money transfers to more than 200 countries and territories from their 112 stores nationwide with Travel Money bureaux.

Brits will have the choice to complete transactions at Debenhams stores using Travel Money bureaux or on the Western Union Mobile app and pay at Debenhams locations.

Consumers may also choose to have their receivers pick up their money in cash at agent retail locations or have it paid into mobile wallets or bank accounts.

Over the past eight years, the Western Union Mobile app has become one of the most widely connected international money transfer apps in the world.

“We are delighted in welcoming Debenhams – an international brand with a proud British heritage – into Western Union’s iconic family of Agents. As a part of Western Union’s broader fintech and innovation strategy, the company is extending its digital transformation, by integrating digital services across our physical agent network,” said Odilon Almeida, President, Global Money Transfer at Western Union.

“Today’s customers are looking for different options to send money or receive money via mobile app, web, retail, kiosk, bank or mobile wallet and we are pleased to extend this choice to customers of Debenhams.”

The move will come as a welcomed relief for the high street chain struggling with its finances in the current economic downturn.

Debenhams stores are in key cities including London, Canterbury, Manchester, Birmingham, Leeds and Leicester. Globally the firm as 240 stores in 27 countries.

“We are really excited to be working with Western Union to provide a fantastic travel money service to our consumers nationwide. We now have travel money bureaux at over 100 of our stores and will be introducing a total of 6 more in the coming months. We are committed to constantly developing our offering to ensure our customers receive the best possible service, and we look forward to another successful year ahead under our new collaboration with Western Union,” said Andy Newman, Head of Debenhams Personal Finance.

Western Union: A review of the international money transfer service.

Wondered how it all works? Read finder UK’s International Money Transfers Explained guide. You can also compare transfer options and save money versus high street banks with finder UK’s comparison.

Find out just how much money Brits on a…

Here's all you need to know about the digital…