Considering one of Curve's premium options but not sure they're worth it? Here's what you get in return for your fee with the Curve Black card.

Yolt
For our top picks, we've evaluated a number of digital bank accounts against a range of metrics to select accounts for specific needs. Keep in mind that our top picks may not always be the best for you, and it's wise to compare for yourself to find one that works for you. Read our full methodology here to find out more. 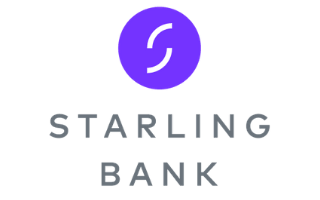 Curve’s standard card offers most of its features for free and usually they’re more than enough to suit the needs of a user with an average lifestyle.

However, if you’re a frequent traveller, Curve Black may have something for you.

What is Curve Black?

Curve Black is Curve’s intermediate premium service. Halfway between the basic Curve Blue and the more luxurious Curve Metal, it offers a decent series of perks to frequent travellers in return for a not-too-expensive monthly fee.

In case you’re in need of a revision, Curve is the service that allows you to merge all your cards into one. You connect all your Visa or Mastercard cards to the Curve app, then you can leave them home and only take the Curve card with you.

When you need to make a payment, you select which of your cards you want the money to be taken from through the app, hand the Curve card to the cashier, et voilà, no more going around with an overly swollen wallet in your pocket.

Curve Black costs £9.99 a month. In return, you get a higher limit for foreign ATM withdrawals and currency exchange, plus some extra perks. More specifically, Curve Black comes with:

Curve Metal has all the benefits of Curve Black, plus a fancy metal card (in blue, pink or red, you can choose), fee-free foreign ATM withdrawals up to £600 a month and rental car collision damage waiver insurance. Curve says airport lounge-key access is also coming soon.

Curve Metal costs £14.99 a month, which is quite high compared to the Black version, considering it doesn’t add an awful lot of benefits to it. However, if you pay the whole year in advance, it comes for £150, or a more competitive £12.50 a month.

Also, while you can cancel your Black membership anytime, if you subscribe to Curve Metal you can’t opt out for the first six months.

How to get Curve Black

If you’re new to Curve, you need to download the app, then you’ll be able to select which Curve option you want to get.

If you already use Curve, once you open up the app, go to the “card” app, then to “manage subscription” and select the “Black” tab. Once you’ve subscribed, you’ll receive your new Black card in a few days.

You need to travel quite often to make the most out of Curve Black. If you enjoy your yearly vacation abroad but have solid roots in Britain during the remaining 11 months and a half, it’s probably not worth the fee.

However, things are different if you’re out of the country quite a bit, especially if you travel somewhere where you need a lot of cash, for example, if you’re headed towards more rural areas in Asia, Africa or South America. The travel insurance is also decent value for money and allows you to travel worry-free.