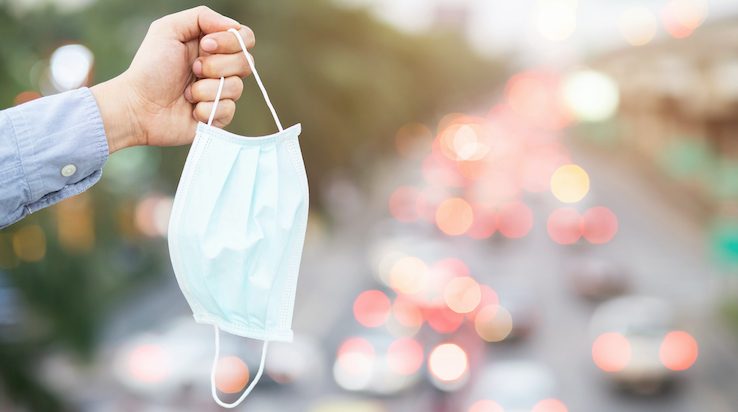 Expert panels prepare to weigh up guidance on the public’s use of face masks during the coronavirus pandemic.

Advisers from both The World Health Organization (WHO) and the US Centers for Disease Control (CDC) may alter guidelines on the use of face masks after research suggested that the virus can be projected further than previously thought.

Up until now, the WHO has advised the general public against wearing masks. Instead, guidelines have recommended the public to keep at least one metre away from anyone coughing or sneezing, and to wash hands regularly. The WHO also said that those deemed fit and healthy should wear a mask only if they are caring for others who are infected, or if they themselves are coughing or sneezing.

Now, new research from the Massachusetts Institute of Technology looks set to change that after it found that coughs can reach six metres and sneezes up to eight metres.

Prof David Heymann, a former director at the WHO, said: “The WHO is opening up its discussion again looking at the new evidence to see whether or not there should be a change in the way it’s recommending that masks should be used.”

This comes as New York Mayor Bill de Blasio instructed residents living in the US’s outbreak epicentre to cover their faces when outside and near others.

“It could be a scarf. It could be something you create yourself at home. It could be a bandana. It doesn’t need to be a professional surgical mask. In fact, we don’t want you to use the kinds of masks that our first responders need,” he said.

The CDC is also expected to recommend that Americans wear their own cloth masks, as increasing evidence suggests that people without symptoms can spread coronavirus.

Currently, the coronavirus advice from Public Health England and the British government remains the same:

Professor Chris Whitty, the chief medical officer for England, has publicly opposed the widespread use of face masks. He said: “Wearing a mask if you don’t have an infection reduces the risk almost not at all. So we do not advise that.”

However, it is thought Britain will come under pressure to change protocol and follow other countries in recommending face mask use, which has remained ubiquitous in East Asian countries that now appear to have the virus under control.