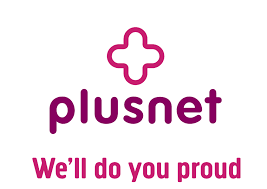 Our review of Plusnet’s broadband deals sets out its connection speeds, typical packages, and pros and cons.

Plusnet is a “quad-play” Internet service provider, which means it offers bundles which can include broadband, mobile, landline phone and some TV sports packages. The provider was bought by BT in 2007 and is part of the BT family of brands, which also includes EE.

The Sheffield-based firm markets itself on its customer service, promoting the range of industry awards it has won over the last few years. As a part of the BT Group, Plusnet also sells access to the BT Sport channels for non-BT broadband customers.

What packages does Plusnet offer?

Check the table below to see some of Plusnet’s current offers.

Close
*Average speeds are based on speed available to at least 50% of customers at peak time (8-10pm). Speeds vary according to factors like location, and the speed you receive may differ from the figure in our comparison. Most providers will give a customised estimate based on your address.
Compare broadband deals from all providers

What kinds of speeds can Plusnet offer?

But remember, where you live will affect both the quality and speed of your connection. The broadband regulator Ofcom has a handy tool to show you which providers can operate in your area and what kinds of speeds you can realistically expect.

Plusnet offers a “minimum guaranteed speed”, meaning that if your household connection keeps dipping below a minimum level for more than 30 days, you’ll be able to leave your contract early without any penalty charges.

Do I need a landline to get Plusnet broadband?

You’ll need an existing BT socket in your home to get a Plusnet connection. If you don’t have one, you’ll need to pay £49.99 for an engineer to come and install one.

Plusnet customers can call free on 0800 432 0200, with customer services available between 8am and 8pm every day.

Can I claim compensation from Plusnet if things go wrong?

Unlike BT, Plusnet isn’t a member of Ofcom’s Automatic Compensation Scheme. But in its standard terms and conditions for broadband customers, Plusnet says that it will refund an amount of your subscription fees covering any time period where you experience an “intermittent or continuous” total loss of service. But compensation is only paid if the loss of service is caused by something within the firm’s control.

When it first began providing broadband, Plusnet marketed itself on the strength of its customer service. The industry watchdog Ofcom found in its most recent annual customer satisfaction survey that 81% of Plusnet customers were satisfied with the firm’s service, slightly higher than the industry average of 80%.

Only 47% of those who reached the point of needing to make a complaint to Plusnet felt that their issue was dealt with well, which is below the average.

Meanwhile, customer reviews on the website Trustpilot aren’t very positive, with a whopping 84% of almost just over 7,500 reviews giving the company a “bad” rating compared to only 6% who said their experience with the firm was “excellent” (last updated: June 2021).

Pros and cons of Plusnet broadband

Our verdict: Is Plusnet any good?

Plusnet offers a competitive set of broadband packages, alongside the flexibility to choose between 12- or 18-month contracts, so it may be of interest to those living in shared housing for a year, like groups of university students.

Its packages also come with free online content filtering and antivirus software as standard, which may be useful for households with young children using the web for the first time.

Plusnet’s “minimum guaranteed speed” is quite a rare feature among large broadband suppliers, so it should be easy to get yourself out of any long contracts if there are consistent problems with your connection. So, while customer service scores are mixed, Plusnet is certainly worth considering if it serves your area.