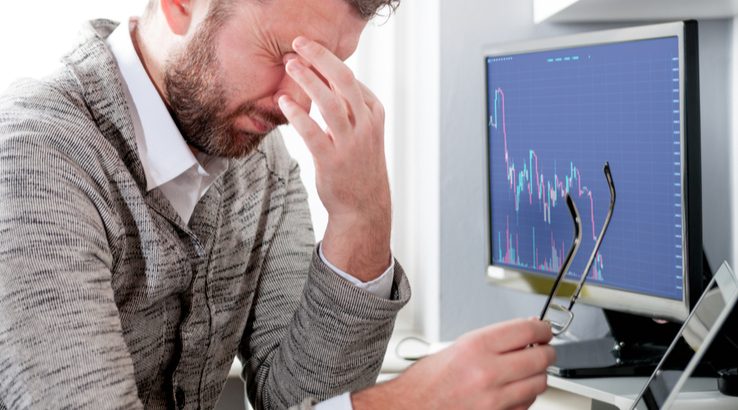 Shares in UK housebuilders and big banks have fallen heavily as a result of the chaos surrounding the government’s draft plan to withdraw from the EU.

Following the resignations of prominent cabinet colleagues Dominic Raab and Esther McVey over the draft deal proposed by Prime Minister Theresa May, the value of the Royal Bank of Scotland sank 9%, accompanied by falls of 7% for builders Barratt Developments, Persimmon and Taylor Wimpey.

The pound also tumbled, with sterling falling 1.7% against the US dollar and 1.9% against the euro. You can track the impact of the latest Brexit events on the UK pound with Finder UK’s interactive currency exchange rate chart. To see how travel money is affected have a look at our foreign exchange comparison chart.

UK shares were also suffering in general, with the FTSE 250, which comprises mainly UK-focused firms, falling 1.6%. The more global FTSE 100 index closed only slightly moved. To find out more about share trading look at our share dealing pages.

The biggest FTSE 250 falls were suffered by Capita, which plunged 14%, and Countryside Properties which was down by 9%.

Shares in companies that do the majority or indeed all of their business in the UK mirrored the continuing political uncertainty caused by MPs of all parties voicing scepticism over the Prime Minister’s draft deal.

Banks, retailers and house builders are feeling the worst reactions from investors, according to Laith Khalaf, who conducts research into investment funds and markets at Hargreaves Lansdown, the Bristol-based financial service company. He adds that the potential for anything approaching an orderly Brexit unravelling in the coming days is adding to the distress in share prices.

Other commentators point out that, with odds on a general election going up, the possibility of a Labour government led by Jeremy Corbyn has increased. And, as the BBC’s business correspondent Simon Jack explains, markets are not enamoured by this prospect because of Labour’s stated intention to both raise taxes on companies and to nationalise large parts of the economy. For example, the Labour Party has threatened to nationalise RBS, accounting for why its share price has seen one of the steepest falls.

Other bank shares have also fallen as investors consider the threat to the UK economy and bank balance sheets were the UK to leave the EU with no deal in place.