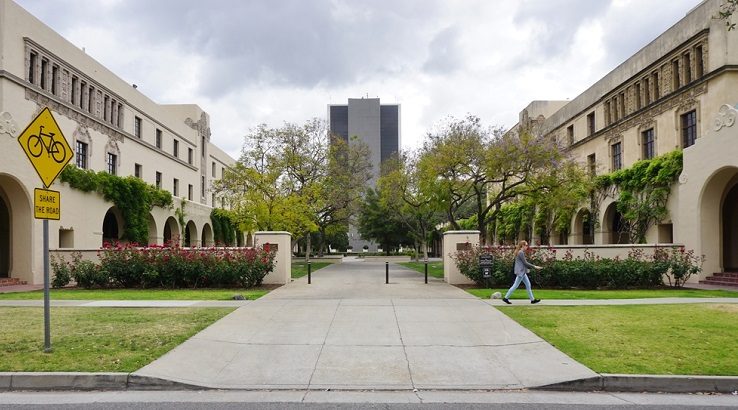 Findings from the latest global university rankings reveal California’s Institute of Technology dropped a spot, for the second consecutive year, to finish in third place, behind two popular UK institutions.

Cambridge made a leap from fourth place in 2017 to second in 2018 at the expense of Caltech, which held pole position for five years, between 2012-2016, but dropped to second place last year.

Caltech came in at third in the 2018 rankings, tied with fellow Californian institute, Stanford University.

According to the research, Cambridge surged ahead of the US schools as a result of improved research income and quality, while both Californian universities suffered due to drops in their PhD-to-bachelor’s ratios.

This is the first time in the 14-year history of the rankings that the United Kingdom has held the top two spots.

With Brexit looming, Oxford vice-chancellor Louise Richardson said this was a proud achievement.

“To be judged the best university in the world for the second successive year, against a backdrop in which Britain’s role in the world is uncertain and the place of universities in society open to question, will be a great source of pride for everyone at Oxford, and, I hope, for the whole country,” she said.

Almost one-fifth of Oxford’s research funding from competitive grants comes from the European Union, while the proportion at the University of Cambridge is even higher, at about one quarter of all funding.

The Russell Group, which represents a variety of leading UK universities, featured 23 out of its 24 schools in the top 200 rankings. However, these institutions would potentially suffer from a loss in EU research funding.

Despite Caltech’s misfortune, the top of the global rankings remain dominated by US universities.

Recent data found a number of public universities across the United States charge formidable fees for out-of-state students. To pay off thousands of dollars in tuition fees each year, many Americans take on student loans.

Netflix US prices up again: What are the cheaper alternatives?

The US's most popular streaming service is…

JPMorgan has extensively shifted its…

Equifax launched a new product that lets you…

Learn about new research regarding catching…