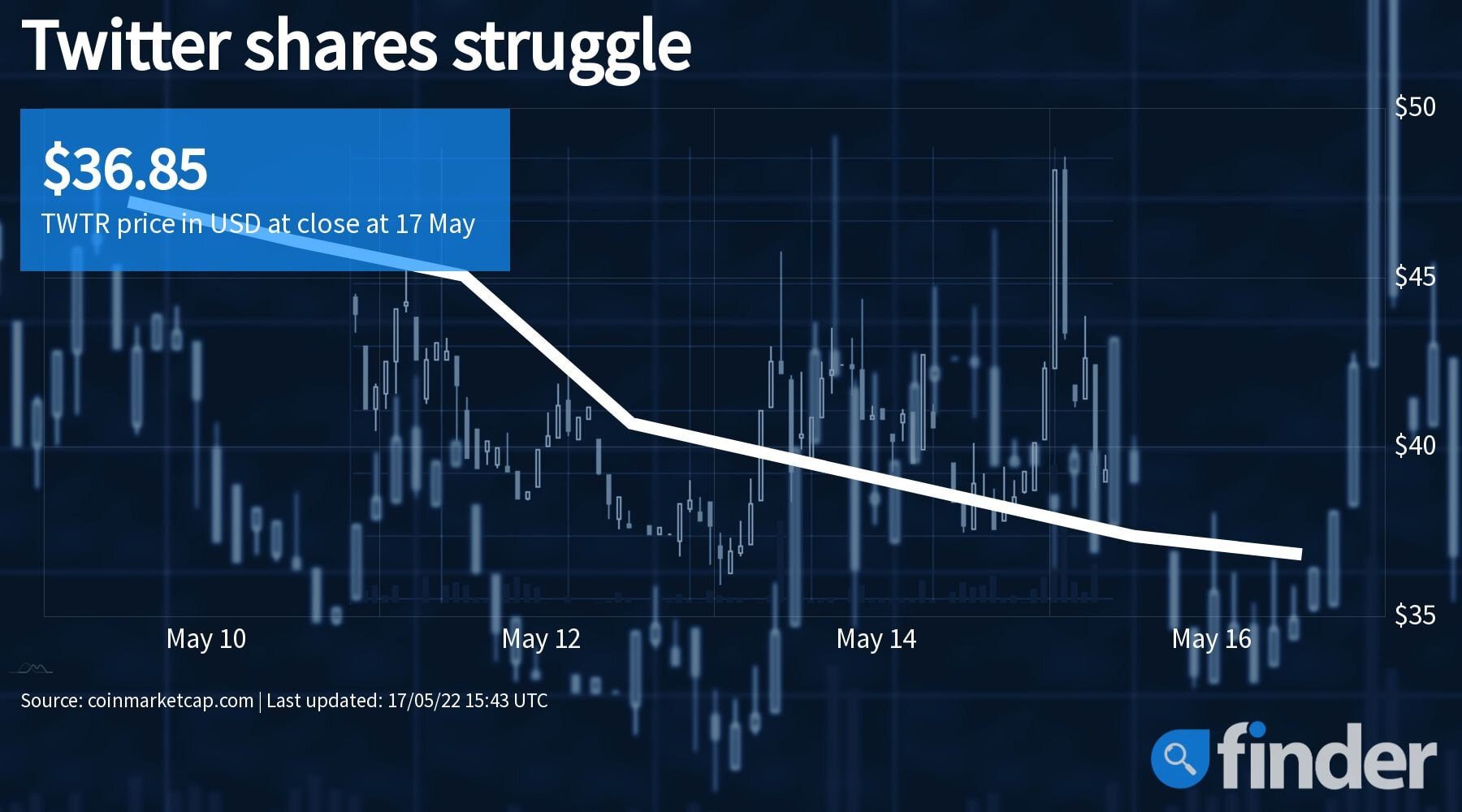 Takeover remains on hold as the Tesla founder responds to Twitter chief’s defense of controls on fake accounts with a poop emoji. Investors wait to see if the takeover price goes down or the deal falls apart.

Twitter (TWTR) shares are down 18% in a week as the market seems to be betting that mercurial Tesla chief Elon Musk will pull out of his deal to buy the social networking company and keep his focus on his EV cars.

The other possibility is that he’ll pay a lower price for Twitter shares than previously agreed.

While Twitter shares turned positive this afternoon in a rising market, they’re off 18% in the past week. The drop began when Musk tweeted the deal was “on hold” over concern the number of spam and fake accounts was much higher than the 5% Twitter officially says.

Since peaking near $52 on April 25, when a deal for Musk to acquire Twitter was reached, shares have skidded to around $38, moving ever farther below the $54.20-per-share price Musk agreed to pay.

Musk could pull out of the deal for a reported fee of $1 billion, though there might be other legal penalties. The wrangling could also help him negotiate a lower price, something Musk brought up Monday at a forum in Miami reported by the Financial Times. That could bring the offer price closer to a stock price Musk’s Tweets have helped lower, reducing any premium for current investors.

This leaves stockholders playing a guessing game. If the deal goes through at $54.20, buying now would mean a gain of more than 40%, possibly within a few months. But as recently at mid-March, it was trading at a year-to-date low around $32.50. The short-term trade entirely hinges on what Musk is willing to pay.

The latest round began when Musk, at that conference, suggested as much as 20% of Twitter accounts might be fake or spam. The company has maintained the number is 5% or less.

Twitter Chief Executive Parag Agrawal Monday offered a series of Tweets outlining extensive efforts to keep such accounts under control and “remove as much spam as we possibly can, every single day. Anyone who suggests otherwise is just wrong.”
.

First, let me state the obvious: Spam harms the experience for real people on Twitter, and therefore can harm our business. As such, we are strongly incentivized to detect and remove as much spam as we possibly can, every single day. Anyone who suggests otherwise is just wrong.

The impact on Tesla

Tesla shares have outperformed Twitter recently, gaining about 4% today and 9% since the deal was put on hold.

They’re down about 25% since the Twitter acquisition deal was announced, and while the market has been dropping, at least a chunk of that loss could be due to concerns Musk will focus more on Twitter and less on his electric cars.

He’ll also be selling Tesla shares to buy Twitter, a negative for the stock price.