We compare the following short-term lenders 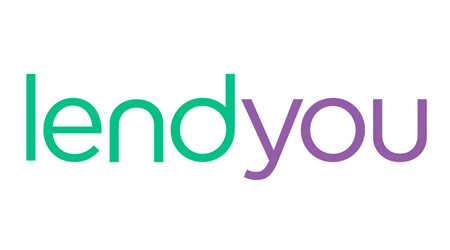 Find out moreGo to site

Tribal lending payday loans often promise easy approval and money in your bank account as soon as the next business day. And many claim sovereign immunity from US lending laws. This means tribal lenders can charge higher rates than other US-based lenders.

It also means you are less protected than you might think. Only consider a tribal lender as a final option.

What is a tribal loan?

A tribal loan is a payday or installment loan from a lender a Native American nation owns with headquarters based in the tribal community. These communities are sovereign territories, meaning lenders operate under tribal rules rather than US regulation. While the two systems share similar rules and regularities, a tribal lender doesn’t necessarily have to adhere to the same restrictions as state-based lenders.

Many tribal lenders are represented by the Native American Financial Services Association (NAFSA), which advocates and empowers Indigenous nations and communities to offer responsible online loans. Some are also members of US-based trade organizations like the Online Lenders Alliance (OLA), which sets industry standards for payday lending. But those that aren’t could be less up front about their business practices.

Many states cap fees and have limits on interest rates for installment loans. Some ban payday loans altogether. Payday lenders have to follow these rules, which is why they don’t operate in every state. But tribal lenders can charge higher interest rates and fees than legally required — and often do.

How safe is it to take out a tribal loan?

Tribal loans are generally safe, but they’re not cheap. Similar to other short-term loans, tribal loans have high fees and quick repayment terms, which makes them more difficult to repay. And because a tribal lender works under a different set of laws, it can charge interest and fees far beyond the legal limit for other lenders.

So while tribal loans are legit options, consider some alternatives.

Not sure your lender is legit? 3 common scams to look out for

Where can I get a tribal loan?

While this isn’t a definitive list, here are some of the legit tribal lenders we review:

What to watch out for with tribal lenders

What happens if I default on a tribal loan?

The consequences for defaulting on any payday loan are the same with all lenders — whether your lender is based in a tribal community or the US.

Your loan is first sent to collections and will likely continue to gain late fees. Your lender might even sue you. In the worst of cases, you might be required to file for bankruptcy.

While defaulting on any loan is bad, it’s not worse with a tribal lender. Tribal lenders can’t try you in a tribal court for failing to repay a payday loan. All debt collectors must follow US law, regardless of tribal affiliation, according to the Federal Trade Commission (FTC).

How to protect yourself when you have a tribal loan

Due to high interest rates and the possibility of extra fees, have a solid plan to pay back your debt before you apply. Defaulting on your loan could cause more financial stress than you had before approaching a tribal lender.

If you choose to borrow money, read all the fine print and get a clear breakdown of the interest, fees and loan terms. You may also want to compare state-based payday loans to check your lender follows the same regulations your state has put in place to keep you safe.

To see tribal lenders you might qualify for, select your state from the dropdown list and choose Show me my options.

The Consumer Financial Protection Bureau (CFPB) no longer requires lenders to consider your ability to repay a loan. This could put you at risk of getting caught in a cycle of debt. Carefully review your finances and the loan cost to make sure it fits your budget.

Before you take out a short-term loan

Payday loans, installment loans and auto title loans come with high rates and fees which can trap you in a cycle of debt. Borrowers may find themselves taking out a second or third loan because they couldn't pay back the first one on time.

Consider alternatives before opting for a short-term loan:

What does sovereign entity mean?

Sovereign entity means that an Indigenous band or nation is independent under its own laws. This is especially important when you’re taking out a loan as tribal lenders can charge much higher interest rates than other short-term lenders.

However, if a tribal lender states that you can’t sue them through the United States federal government, double-check the claim. Tribal nations typically have arbitration committees — mediators who manage disputes between lenders and consumers. If not, you can take them to a US court.

Where can I find the laws that apply to tribal loan?

You would have to look up the Consumer Financial Services Regulatory codes for the specific tribal nation that you’re borrowing from.

Which tribal lenders provide loans to all 50 states?

Typically tribal lenders are based according to lender-specific territory and lands. Check with a particular lender and find out what different options are offered and where.

Are payday loans available in my state?

Compare payday loans in your state