{"menuItems":[{"label":"Michael Brinker","anchorName":"#michael-brinker"},{"label":"Tomb Raider got some bad press, unfair in my opinion, about the so-called \u201crape scene.\u201d Do you have any examples of moments during the development of Rise of the Tomb Raider where you pulled back on certain directions as a result?","anchorName":"#tomb-raider-got-some-bad-press-unfair-in-my-opinion-about-the-so-called-rape-scene-do-you-have-any-examples-of-moments-during-the-development-of-rise-of-the-tomb-raider-where-you-pulled-back-on-certain-directions-as-a-result"}]} 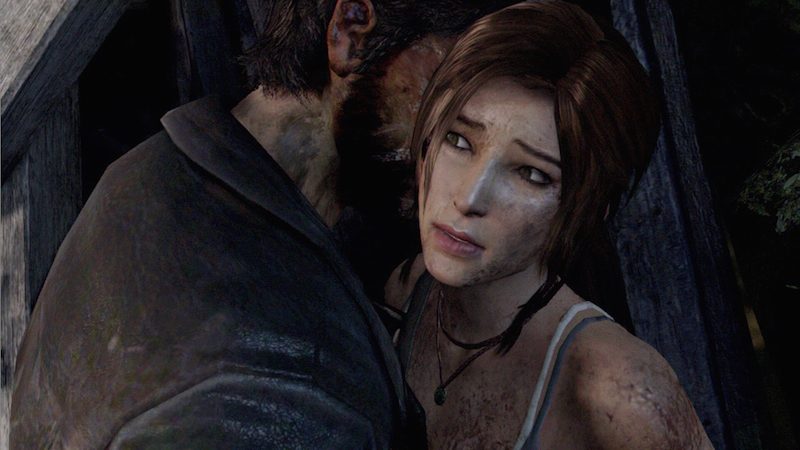 If you haven’t caught the 2013 Tomb Raider reboot from Crystal Dynamics yet, do yourself a favour and get right on it. It’s a brilliant action-adventure experience that not only delivers memorable set-pieces and mature survival gameplay, but an incredible portrayal of the iconic character rich in depth and detail. For some, however, her development as a character overstepped the boundaries of good taste.

During the promotion for Tomb Raider, executive producer Ron Rosenberg casually remarked that enemies “try to rape her” when talking about how Lara’s then rookie adventurer is broken down and forced to learn how to survive. The Internet exploded shortly after and – to cut a long story short – it became clear that a vocal part of the video gaming audience was not ready to have “rape” used as a narrative tool in any form to help define a character.

It was an over-the-top response in my opinion, and the scene in question fits so snugly within the context of the game and alludes to a forced sexual encounter so lightly when compared to what one might see in a movie or TV show, that you might even miss it altogether. However, the reaction said a lot about the audience or – at the very least – games journalists.

Recently I had a chance to chat with Crystal Dynamics’ senior designer, Michael Brinker, and the full lengthy interview will be posted soon. In the interim, we will upload some tasty snippets that talk to particular elements of the game’s development. I broached the “rape scene controversy” with Brinker, and got an interesting response about how it impacted the sequel’s direction:

Tomb Raider got some bad press, unfair in my opinion, about the so-called “rape scene.” Do you have any examples of moments during the development of Rise of the Tomb Raider where you pulled back on certain directions as a result?

MB: What you need to remember is, whenever you’re creating an experience, an action-adventure experience, and you’re looking at what it means to develop a character who has a lot of history and where there’s a lot of ideas about who that person is, you really have to boil it down to the core elements of what it means to be a universally strong character. Then you can know how to tell that story. So we always go back and ground everything in history – that layer of real world heroes and heroines.

For example, we looked a lot at Amelia Earhart, Sir Edmund Hillary and Tenzing Norgay: people who have actually done real things in real life. Summiting Mount Everest. Crossing the Atlantic. Those are heroic deeds from history by real people whose through-lines we can resonate in our characters. So we borrow that spirit of adventure and those storytelling elements, and pull them in to influence where we start to make a character and bring about a tale.

We use that to look at the stakes of what we’re putting our character through, and I think a lot of that tends to boil away to universal truths. These go beyond the singular situations a character might be in, and tie more into the larger look at that character and how they’re developing.

In every development studio it’s the same – in every problem you’re trying to solve and in every situation you put your character in – you’re always thinking, “is this too much? Is this too little? Does this hit the right notes? Does it say what we want to say?” And there’s always a back-and-forth with that.

So in any game you make you’re going to run into a discussion [like the “rape scene”], so we spend a lot of time making sure we go back to the roots of the character. We look at the layers of history. We look at the story we’re trying to tell. And with Rise of the Tomb Raider, we look at the immortality mythos. Then we ask, “does this situation support the narrative? Does it support what we’re trying to do?” That’s the only thing that influences us pulling back on certain directions.

What I’m proud about in Rise of the Tomb Raider is that we’ve worked out what our survival elements are and what our actual woman-versus-wild situations are in the game. Those to me speak to a smart, resourceful character who’s utilising her environment. So we’re looking at Lara in terms of that evolution and that rise, which is now more about being prepared than vulnerable.

HoloLens not on the Halo agenda for at least seven months Ever Wondered How Many GB You’d Need to Install Every Xbox One Game?