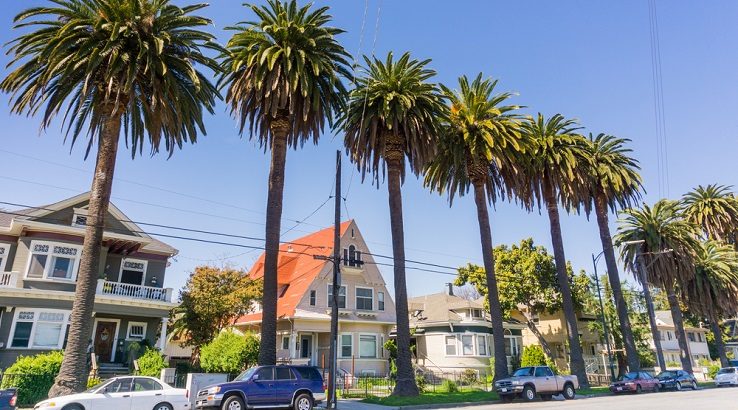 California is wildly popular among buyers and sellers.

After maintaining its position as the top-performing housing market in the US for months, the waterfront town of Vallejo in Solano County has been edged out by fellow Californian cities San Jose and San Francisco.

The latest realtor.com rankings of the “hottest housing markets in America” reveals 11 of California’s popular metropolitan areas were listed within the top 20 best-performing markets for the month of September.

San Jose took the number one position in September, followed by San Francisco and Vallejo in third.

The average time on the market for US properties in September was 69 days, according to realtor.com, eight days less than the same period last year. The median listing price was $274,000, up 10% year-on-year.

However, the supply of homes for sale declined year-over-year. For-sale housing inventory fell 1% between August and September, and sits 9% lower than September 2016, after an already sizeable decline from 2015.

realtor.com chief economist Danielle Hale commented that although days on the market and the number of new listings were typically below seasonal trend levels, “listing views per property continue to move higher”.

Despite the number of building permits for privately-owned dwellings increasing in August, housing starts and completions reduced month-on-month.