Tesla shares plunge 7% as it plans job cuts. Is it time to buy? 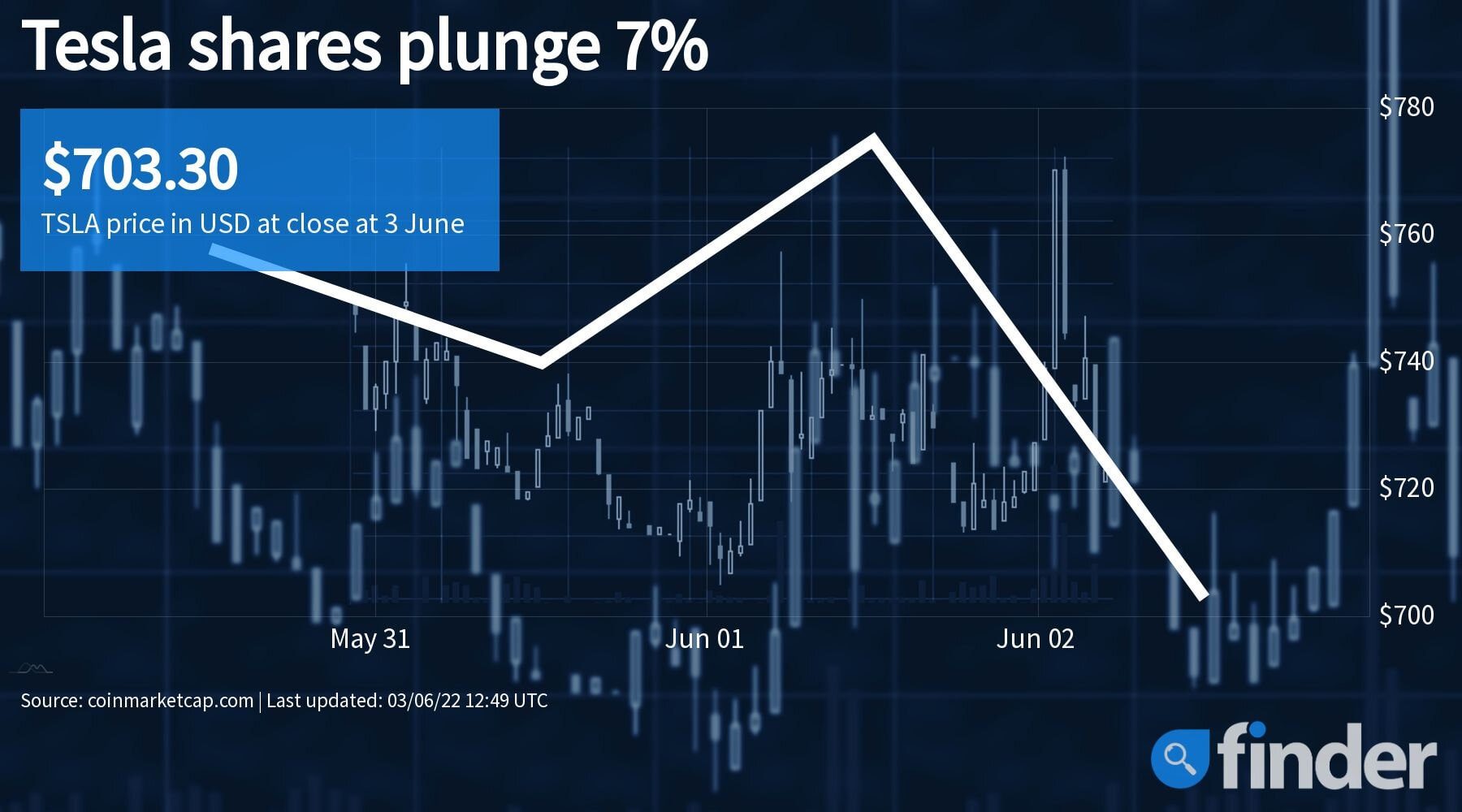 Tesla’s share price slump may attract bargain-hunters as it seeks to get ahead of the curve by cutting labor costs amid a global downturn.

Tesla (TSLA) shares plunged 7% Friday after CEO Elon Musk reportedly plans to cut its workforce by 10%, signaling the company is bracing for slowing economic growth that could bite into corporate profit.

Musk sent an email to executives asking them to “pause hiring worldwide” and cut staff, Reuters reported. The billionaire said he has “a super bad feeling” about the economy, joining a chorus of CEOs flagging risks to global growth and consumption.

Musk is seeking to get ahead of the curve as the global auto market faces headwinds. Across the US car market, there are signs of stress caused by inflation at a four-decade high. New car sales, including those from Tesla’s competitors, fell in May to the lowest level since December, Bloomberg reported, citing Wards Intelligence. While shrinking inventories are part of the reason for the slump, near-record high vehicle prices are also turning off buyers.

Tesla shares slumped 7.3% to $718.63 at 10:36 a.m. in New York, trimming its weekly gain. The negative sentiment spread across the stock market, pushing the S&P 500, Nasdaq and the Dow Jones Industrial Average lower.

Is Tesla now a buy?

Friday’s slump may present a good entry point into Tesla for bargain-hunters, although there are risks that share prices may keep declining as the stock market teeters on the brink of a bear market. Tesla stock is down 40% in 2022.

While May car sales were down 24% in May from a year earlier, battery electric vehicles (BEV) were still up 57%, according to Morgan Stanley analysts. Tesla’s nominal sales were estimated to have jumped 74%, outpacing the 29% gain in BEV sales of all its competitors, Adam Jonas, Evan Silverberg and Alexander Zoeckler wrote in the Morgan Stanley report on June 1.

Analysts, on average, expect Tesla shares to climb to $922.22 in about a year, representing a 28% upside potential for the stock, according to data on the Yahoo Finance website. Eight of 23 analysts are recommending that investors buy the stock, while eight are suggesting they hold on to their holdings. Six expect it to underperform the wider market, while the rest are telling clients to sell.