Tamagotchi, the virtual pocket pet, is back 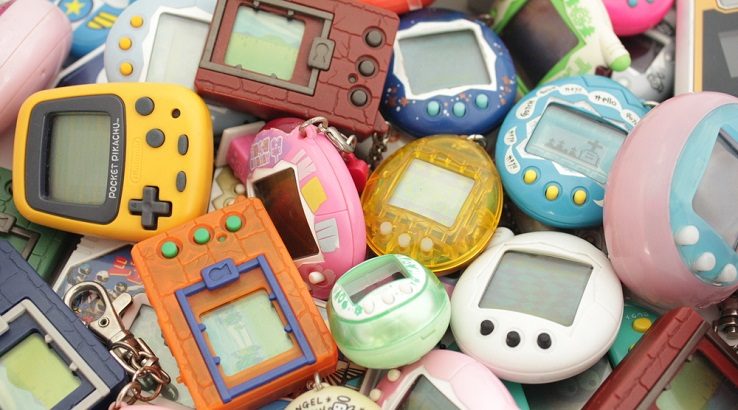 Japanese toy maker Bandai has re-launched a piece of 1990s virtual nostalgia for the millennial generation.

The company’s popular virtual pocket pet, Tamagotchi, has been reissued in a special anniversary edition.

The classic, egg-shaped devices, which house regenerating simulated creatures, have been replicated in slightly smaller cases, now 1.5 inches tall and 1.25 inches wide, and been given a colourful makeover.

However, not much else has changed. The small screen displays are just as they were 20 years ago in 1997 and there are still just three buttons used to take care of your strange little pixelated pet.

In fact, the challenge is even simpler with this new version. Rather than needing to play games with your hatched pet or discipline it when it misbehaves, you now only have to feed it and clean up its poop.

When your pet wants something from you, the device beeps. This could be frustrating without a mute option.

As with the previous version, if you neglect your Tamagotchi it will die and a tombstone and ghost will appear. However, a simple reboot allows the user to hatch a new creature and start the process all over again.

Bandai’s Tara Badie told Engadget that although the company offers a mobile app with the same parenting pet game, the physical toy is what makes this Tamagotchi re-release interesting, unique and special.

Bandai’s 20th anniversary Tamagotchi will retail for $14.99 and are available in stores from November 5.