Super Bowl LV Tampa Bay vs. Kansas City: Start time and how to watch in the US 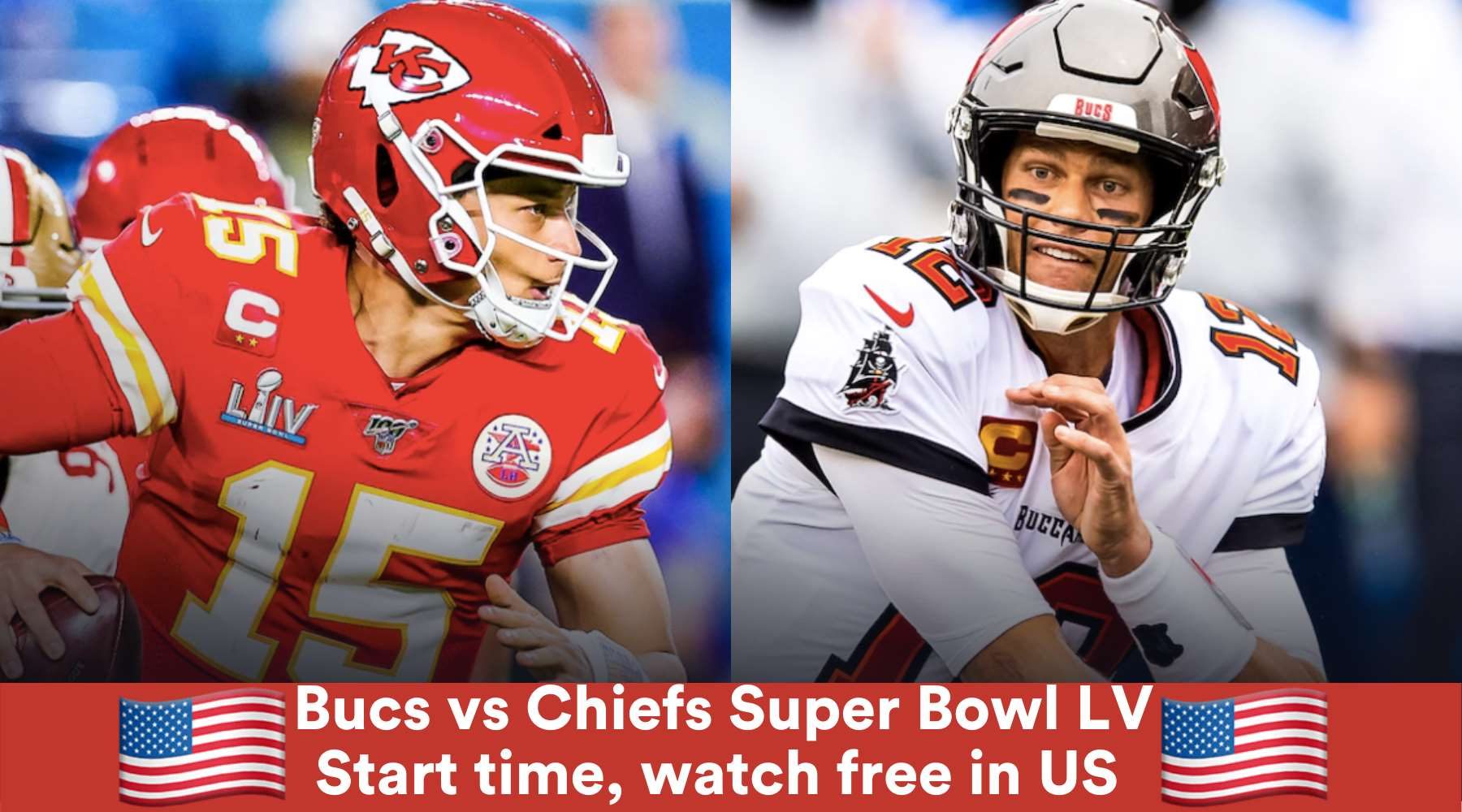 The NFL’s best current quarterback meets the greatest of all time in a tantalising Super Bowl match-up. Here’s how to watch in the United States.

It doesn’t get any better than this for NFL fans. The defending champion Kansas City Chiefs and Tampa Bay Buccaneers have made it to the finish line after a chaotic, COVID-19-affected season.

The Chiefs’ star quarterback Patrick Mahomes survived injury scares to pilot his crew past the Buffalo Bills and into the Big Dance again. And 43-year-old Tom Brady will line up for an incredible 10th Super Bowl appearance in his first year in Tampa. Start your engines.

When is Super Bowl LV Tampa Bay vs. Kansas City?

How to watch Buccaneers vs. Chiefs

Once again you have a range of options for catching one of the biggest sporting events of the year. CBS, ESPN Deportes and the NFL app are the main providers.

That means a subscription to CBS All Access, Sling TV, Hulu + Live TV, FuboTV and others will get you access to the big game and all its usual bells and whistles.

We have an in-depth viewing guide for the NFL for you, which breaks down the options in detail. You can also check out our updated guide to Super Bowl Sunday.

Who is featuring in this year’s Super Bowl Halftime Show?

The Weeknd, one of the more compelling and talented superstars on the world stage, is headlining this year’s halftime show.

For many fans, the festivities during the main break offer more intrigue and entertainment than the game itself. A number of the world’s biggest and best stars have graced this stage and The Weeknd can’t wait to join the club.

“We all grow up watching the world’s biggest acts playing the Super Bowl and one can only dream of being in that position. I’m humbled, honored and ecstatic to be the center of that infamous stage this year,” The Weeknd said in an announcement on NFL.com.

Who will win Super Bowl 55 Buccaneers vs. Chiefs?

With modern marvel Mahomes slinging the pig skin, the Chiefs have been title favorite all season for good reason. He has the controls to the league’s most lethal offense and defenses face the unenviable “pick your poison” question of whether to focus their attention on Tyreek Hill or Travis Kelce.

Kansas City’s biggest concern is injuries to the offensive line, with starting tackles Eric Fisher and Mitchell Schwartz both out. The Bucs’ pass rushers will get some shots at Mahomes but he has had all the answers so far in a phenomenal start to his career. Chiefs to defy more Brady history and win by 10 points.