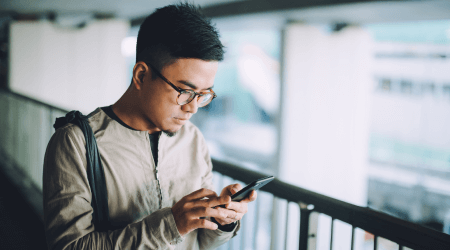 Student loan interest rates have dropped to the lowest levels in over four years, according to a study by student loan marketplace Credible. And this could spell big savings if you’re in the market for refinancing.

Take these numbers with a grain of salt, though. Credible stands to make money from connecting potential borrowers with student loan providers. Refinancing isn’t a great idea for all borrowers, even when rates hit record lows. But those who could benefit might want to act now.

Why are rates so low?

There are a few reasons why student loan interest rates are so low right now. First, the Federal Reserve lowered interest rates in March in an effort to boost the economy after a downturn caused by COVID-19.

A lower Fed rate also means it’s less expensive for lenders to make a loan. This may be part of the reason we’re seeing lower fixed rates.

How to tell if you can benefit

Refinancing student loans can be a great way to save or get out of debt faster after you’ve made headway in your career. It involves taking out a new loan to pay off your current debt, ideally with lower rates and more favorable terms.

But to qualify for a lower rate than you already have, you need to be in an incredibly stable financial situation. You need a high enough salary to afford your repayments and to qualify at all. You should also have few other debts and an excellent credit score of around 760 or higher to qualify for the lowest rates.

Lenders have recently tightened eligibility requirements. So even if you were eligible for refinancing before, you might not be now.

Refinancing is also generally best for private student loans. If your credit score has improved since you took out the loan — or you have a score that’s higher than your cosigner’s — you can likely get a better rate by refinancing. But if you have federal loans, it might be hard to beat the rates you already have. That is, unless you’re eligible for the lowest rate a lender has to offer.

You’ll also lose access to the benefits that come with federal loans by refinancing. This includes income-driven repayments and a wide range of deferment and forbearance options.

If you’re thinking of going back to school or making a career change, you might want to stick with federal loans for the flexibility. Another drawback? Your loans will no longer be in forbearance until October 2020, as mandated by the CARES Act.

Watch out for variable rates — they might not stay competitive

Variable rates can appear to be deceptively low during an economic crisis and might not actually be the best deal. While they’re low now, they’re likely to increase as the economy recovers. Before you pick this type of interest rate, make sure you understand how it works.

Variable rates are made up of two different interest rates: a benchmark and a margin rate. Each borrower gets assigned a margin rate, which stays the same throughout the life of the loan. Your lender adds this to a benchmark rate, like the Wall Street Journal Prime Rate or, more commonly, the LIBOR rate.

These usually change every one to three months, often in reaction to the state of the economy. They typically rise when things are going well and fall during a downturn.

But say the economy bounces back in two years and the 3-month LIBOR rate shoots back up to where it was in December 2018: 2.875%. You’d suddenly have an interest rate of 7.875%. That’s higher than most federal loans, even at their peak.

Variable rates could be high for some borrowers now

There’s another reason you might want to stay away from variable rates. Variable rates may be lower on average now. But some lenders have started increasing the range of margin rates available since the start of the coronavirus outbreak.

This could be because we’re still in a state of economic uncertainty. With the job market in flux as states reopen and close, it’s a lot riskier to lend now than it was before.

Just meet the minimum requirements? You could end up with a higher margin rate than you would have received if you’d refinanced when the economy was booming.

What else to know before refinancing

The only way to know if refinancing is a good idea for you is to shop around. If you can easily meet most lender’s requirements, try prequalifying to see if you can actually get a better deal.

If it seems like it might be worth it, reach out to the lender to ask about factors that might be important to you. For example, ask which servicer they use and read reviews. Or if you’re thinking of switching careers or going back to school, look into the deferment and forbearance options available.

And read the fine print before you sign any loan agreement to make sure you really are getting a better deal.