The 10 best TV shows to stream on Starz

While Starz was originally known as a movie-based service, it eventually began to invest in original television series as well to compete with the likes of HBO and Showtime. This turned out to be a smart move, as more viewers became interested in serialized stories and we entered the ongoing era of Peak TV.

Fast-forward a few years and now Starz has a hefty library of TV shows, all geared towards a mature audience. Whether you watch Starz on TV, via its dedicated streaming app, or through a third-party streaming service, there’s plenty of quality television available. We highly recommend you start with one of these 10 shows.

Based on the novel series of the same name by Diana Gabaldon, Outlander is Starz’s biggest hit so far, and it’s easy to figure out why. The cast is top-notch, the story is compelling, the production values are great. Also: time-traveling!

Outlander follows Claire, an English combat nurse from 1945 who is swept back in time to 1743, where she falls for a handsome Highland warrior. It’s a steamy romance for the ages, mainly thanks to the sizzling chemistry between the two leads. But it’s not merely surface: The show isn’t afraid to tackle darker themes as well, making it incredibly compelling.

Power revolves around a wealthy nightclub owner who seemingly has it all, but is unable to escape his past and leads a double life as a drug kingpin. While the premise is intriguing enough to draw in viewers, the series also benefits from strong acting and an electrifying atmosphere.

The series was created by Courtney A. Kemp in collaboration with 50 Cent. Although Power ended in 2020, it spun several spin-off shows, proving that fans are more than willing to revisit this darkly glamorous universe. 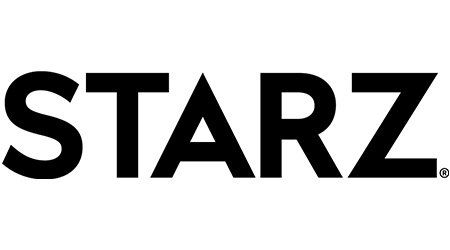 Get access to big-name series and binge-worthy shows on STARZ.

An underrated but excellent series, Vida centres on two Mexican-American sisters who move back to their childhood home following the death of their mother. While the two couldn’t be more different, once they learn the truth about her identity they are finally forced to confront their past.

Vida is stylish and complex, familiar yet innovative. It’s a show that takes subjects like family estrangement and gentrification and makes them feel fresh and appealing. You won’t regret giving it a stream.

Adapted from Philippa Gregory’s best-selling novel, this polished miniseries is a follow-up to The White Queen – which you should also check out if you’re a fan of historical dramas. The White Princess tells the story of Elizabeth of York and her marriage to the Lancaster victor, Henry VII.

A tale of power, love and betrayal, The White Princess is well acted and brimming with enough intrigue to keep viewers glued to the screen. All in all, it makes for a riveting and intense watch.

An acclaimed blend of comedy and horror, Ash vs Evil Dead is set in the Evil Dead universe and acts as a sequel to the original film trilogy, with Bruce Campbell reprising his role as Ash Williams. He has spent the last 30 years avoiding responsibility, until the day when he reluctantly re-emerges to save the world.

The show is gory and a whole lot of fun, so you’ll be too busy laughing out loud to cringe at the bloodshed. If you’re a fan of the popular horror franchise, you’ll find plenty here to love.

Based on Neil Gaiman’s 2001 novel of the same name, American Gods kicks off as a recently released ex-convict becomes bodyguard and traveling partner to conman Mr. Wednesday. Turns out, Mr. Wednesday is a powerful old deity — and he’s on a mission to build an army and wage war against the New Gods.

American Gods is ambitious and visually dazzling. But while the show’s looks may draw you in, the compelling storyline is what will keep you coming back for more. Whether or not you’ve read the source material, the series will surprise you in the best possible way.

Party Down follows a group of caterers in Los Angeles, all with dreams of making it big in Hollywood. Yet they’re stuck working events and dealing with their clients’ absurd antics.

The series is hilarious and has a wonderful cast. Despite being a critical darling, it was canceled after only two seasons, but fear not — a revival is finally on the way. Until then, watch the original to see what all the fuss is about.

Inspired by Steven Soderbergh’s 2009 film, The Girlfriend Experience is an anthology series, with each season following different storylines touching on the relationships between high-end escorts and their clients. Turns out, their dynamics involve much more than just sex.

The show is addictive and binge-worthy, so don’t expect to watch just one episode as you hit Play. Plus, the subject is fascinating. We can almost guarantee that you’ll be hooked from the very first scene.

One of Starz’s early hits, Spartacus remains a solid watch even a decade later. The series chronicles the life of Spartacus, from his time as an ally to the Romans to becoming a gladiator and eventually leading a rebellion against them.

Unfortunately, Andy Whitfield, who initially played the title role, passed away and was replaced by Liam McIntyre. Still, both actors offer great performances, so you’ll find yourself immersed in this violent world in no time.

Black Sails follows Captain Flint and his pirates two decades prior to Robert Louis Stevenson’s classic novel Treasure Island, during the Golden Age of Piracy. The first season is all about the hunt for the Spanish treasure galleon Urca de Lima.

If you crave more adventure in your life, this show should be right up your alley. Furthermore, as episodes go by, plenty of real-life pirates are fictionalized in the show – including Blackbeard, Anne Bonny and Charles Vane, to only name a few. That should be reason enough to tune in.