Starbucks stirs up its rewards with new credit card 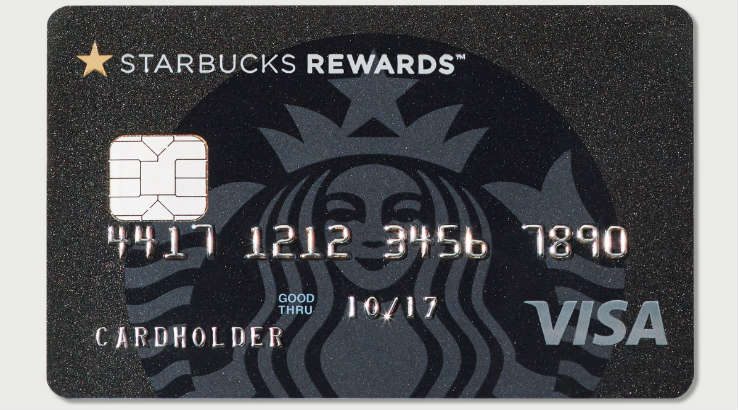 Now you can sip more just by swiping more. The renowned coffee mecca just added a jolt of caffeine to its customer rewards program by working with Chase to launch the new Starbucks Rewards Visa Card. With the rewards card, every purchase made wherever Visa is accepted helps users earn more Stars, the point system redeemable for Starbucks food and beverages.

“It’s important to us to make earning Rewards as easy for our customers as possible, and the Starbucks Rewards Visa Card is a powerful tool for us to do that because of how easily it fits into their daily lives,” Starbucks executive vice president and chief strategy officer Matt Ryan said.

Current Rewards members and new users who apply for the credit card will get both a physical card and a digital card loaded into their Starbucks mobile app. The credit card comes with a $49 annual fee. In return for signing up, Starbucks is giving away 2,500 Stars for those who spend $500 in their first three months, which is enough to buy 20 food or beverage items.

Anyone who gets the new credit card will also be instantly upgraded to Starbucks Rewards Gold Status, get eight special bonus items selected by baristas and earn ongoing Stars with every credit card purchase. The rate at which Stars are earned is as follows:

The new offering builds on the relationship between Starbucks and Chase, which processes all of the coffeehouse’s payments. Starbucks has already integrated Chase Pay into its mobile app and select storefronts.

For those who prefer a prepaid card, there are plans in the works to release the new Starbucks Rewards Visa Prepaid Card later in the year.

Starbucks follows a string of other high-profile brands that have launched their own credit cards, including IKEA last month, Uber last October and Sony PlayStation just before that.

Financial institutions that treated customers best — and worst — during the pandemic

Americans had the most trouble with credit…

Travelers can get 5x miles with a Spirit flight right now

Get 5X miles by booking with Spirit — see…

Macy’s opens its Style Crew program to the public. Here’s how to sign up and earn 5% commission.

How to watch Manchester City vs. Real Madrid Champions League live in the US

The UEFA Champions League is finally back,…

How to buy BankMobile stock when it goes public

You’ll soon be able to invest in one of the…