Spotify to add The Ringer to lineup 1st quarter 2020 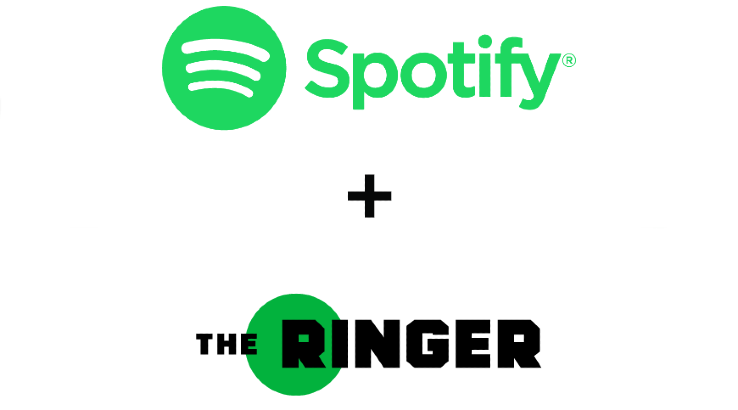 The audio streaming service is looking to bolster its portfolio with the addition of the venerable sports and pop culture podcast network.

The audio streaming service Spotify has announced that it will acquire the sports and pop culture website and podcast network The Ringer. Founded and fronted by former ESPN sportswriter Bill Simmons, The Ringer has cultivated a reputation for edgy, click-worthy content.

The Ringer produces 37 podcasts, as of the writing of this article. Among them are “Book of Basketball,” “The Ringer NFL Show,” “Against All Odds,” “Larry Wilmore Black on the Air,” “Bachelor Party,” “The JJ Redick Podcast” and “The Masked Man Show.”

The terms of the deal are unknown, as is the fate of the website. The purchase is expected to be completed before the end of March, and it is expected that the podcasts will solely be available on the Spotify platform moving forward. Following its launch in 2016 on Medium, the website entered into a site management partnership with Vox Media. It is unclear if this arrangement will continue, if Spotify will take up the management and advertising sales for the website or if the website will fold, with a greater emphasis on podcast creation.

“Spotify has the unique ability to truly supercharge both content and creator talent across genres,” Simmons said in an announcement from Spotify. “We spent the last few years building a world-class sports and pop culture multimedia digital company and believe Spotify can take us to another level. We couldn’t be more excited to unlock Spotify’s power of scale and discovery, introduce The Ringer to a new global audience and build the world’s flagship sports audio network. We’re joining one of the best media companies in the world. It’s an incredible day for us.”

Considering modern trends, the purchase of The Ringer is atypical. The Ringer, which Wall Street is guessing is worth north of $200 million, is being bought by Spotify, which is not a big media conglomerate.

Other startups like BuzzFeed, Vice and Vox Media have been quickly picked up by the conglomerates. Comcast bought BuzzFeed and Vox; Disney bought Vice; what is now Warner Media owns Refinery29, Mic and Mashable; and Discovery’s Group Nine publishes the Dodo, NowThis News, Univision (which is a Comcast company) and the former Gawker Media.

An example of this is Barstool Sports, another sports blog and podcast company. In a $450 million deal, Barstool was sold to Penn National Gaming, a regional gambling company.

This move may best be explained by the conglomerates’ push to grow out their own in-house digital platforms. Shortly after buying Vice, for example, Disney announced the launch of Disney+. Shortly after that, Disney wrote off its investment in Vice.

In the case of Spotify, however, the acquisition of The Ringer could make more sense than Disney’s acquisition of Vice. “It makes sense that Spotify and other companies are getting into podcasting if they can attract listeners, including new audiences, especially if they can also lessen their costs,” Priscilla Mattison, counsel at entertainment law firm Bernard M. Resnick PC, told Forbes.

And that’s what Spotify focused on in its announcement: the acquisition of what Chief Content Officer Dawn Ostroff called “a best-in-class editorial team. Bill Simmons is one of the brightest minds in the game, and he has successfully innovated as a writer and content creator across mediums and platforms. The Ringer’s proven track record of creating distinctive cultural content as well as discovering and developing top tier talent will make them a formidable asset for Spotify.”