Sorare is a fantasy football (soccer) game built on the Ethereum blockchain. It allows players to earn prizes and sell their digital cards for a potential profit. The support received from popular gaming brands such as ConsenSys and Ubisoft add a ton of legitimacy to the project, and over 200 football clubs are also in support of the platform.

Sorare is a fantasy football (soccer) game that’s based around collectible NFTs, launched in 2019. The digital cards used on the Sorare platform are NFTs, and as such, each card is unique.

The NFT player cards are built and distributed on the Ethereum blockchain. Players can buy cards on the Sorare platform. As card owners, players are free to sell them on peer-to-peer marketplaces. Each card represents a real professional player. The better the player performs in real life, the more the corresponding card is worth. It’s essentially the same valuation system as tangible baseball cards and fantasy American football.

Sorare collects soccer data from the data stats platform, Opta. This ensures complete transparency with regard to data collection and how the data ranks players.

You can play Sorare on a browser or on mobile Apple devices. Sorare launched a public beta iOS app, with plans to release an Android app as well. You also need an ETH-compatible wallet for transactions. Sorare’s support team recommends MetaMask and its browser extension, and the browser Chrome or Firefox. If you’re playing on mobile, Sorare recommends the mobile Coinbase Wallet.

After signing up, you’re given 10 common cards. These cards have a white background and can’t be sold — they’re only meant to get you started.

Next, you must compose a team. It involves choosing a name, picking a captain, team formation and more. Follow these four steps to get started:

All players are referred to as Managers. After playing for four weeks or in four leagues, you’re promoted from “Manager” to “New Manager.” From here, you can keep building your team using the cards you win, or you can sell and build your team via Transfer Market, the Sorare NFT marketplace.

Sorare tournaments, also known as SO5 Fantasy, are based on a five-a-side fantasy lineup. All Sorare tournaments are free to enter, and you can earn experience points (XP) for your players and prizes.

If your team finishes in the top 30% of the tournament, you’re rewarded.

What is Sorare’s token?

Sorare doesn’t have a native token associated with the platform. However, you do need ether (ETH), Etheruem’s native asset, to purchase cards on the platform.

Buy ETH on most major cryptocurrency exchanges including Crypto.com, Coinbase, Binance or Binance.us, and Gemini. 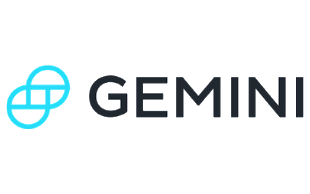 $0
Minimum Deposit
117
Cryptocurrencies
8
Fiat Currencies
Gemini is a cryptocurrency exchange with a simple UI that's user-friendly and accommodating to newcomers and experienced traders.

Gemini's strongest point is its Gemini Earn program, which allows users to earn up to 7.4% interest on specified cryptocurrency balances.

Gemini has a wide selection of cryptos available for exchange on the platform. However, some notable entries from the top 20 by market cap are missing, such as Cardano and Solana.

How does play-to-earn work with Sorare?

The main way to earn in Sorare is by winning tournaments and selling NFT cards.

Sorare implements a unique structure for their prizes. To balance out card distribution, players can earn some cards only by winning tournaments.

For example, ranking first on the monthly All-Star leaderboards allows a player to pick a unique player card of their choice. If you win a weekly All-Star or tournament leaderboard, you receive a rare player card, which you can also sell.

What are Sorare’s NFTs?

Similar to real-life collectibles, Sorare cards are also valued on scarcity. There are multiple levels of card rarity on Sorare:

Cards also have XP. Increase your NFT trading cards’ XP by sending them to a “special training league.” This feature is valuable for those who want to build their players before selling them on the market for a profit.

While good performance within tournaments is useful, the players represented by Sorare cards still have to perform in real life. Their real-life performance, which is classified and monitored by Opta, carries a lot of weight when valuing the cards.

How to get NFTs on Sorare

The Sorare platform comes with its own marketplace where you and other Managers can sell your cards. This is known as the Transfer Market. You need ETH to make purchases and a crypto wallet.

There are three buying methods on the market:

Sorare cards are also acquired by winning tournaments within the game, or by ranking highly within weekly or monthly performance stats. Tournaments reward winners with either super rare cards or monetary rewards. If you rank really high, you can receive super rare cards.

How to sell NFTs from Sorare

To sell player cards on Sorare, head to the Gallery Area, where you can see all NFT cards in your portfolio.

Select the card you want to sell. A pop-up appears, then choose the Sell my card button and enter the price you want to sell it for — remember that all cards on Manager Sales go for a fixed price.

The sale is canceled if your card isn’t sold in two days. You may put the card up for sale as many times as you like. You may also cancel a sale if you want to change the price to relist. About the Sorare developers

CEO Nicolas Julia and CTO Adrien Montfort are Sorare’s cofounders and are the humans behind its development. Both are based out of France.

Julia holds a Master of Science in Management, and was the previous VP of operations at enterprise blockchain company Stratumn. Montfort also worked at Stratumn as the VP of engineering, and also worked for Paymium and the European Space Agency.

Sorare is a legitimate game that has the backing of gaming giants, like Ubisoft. The game attracts over 50,000 players and secure licenses with football teams from all over the world. The credibility of top gaming platforms and world-class football teams implies that Sorare is a somewhat trusted platform to use.

All of that creditiabilty is nice, but as a blockchain application that utilizes crypto and NFTs, there’s always inherent risk of technical exploitation. Sorare likely has security protocols but the security implemented by the platform isn’t well-known.

Sorare is set to add Major League Baseball (MLB). Enter your email address for updates on when the new game is officially released. Aside from the big MLB release, Sorare is always working to add more soccer clubs to the site, and there are plans for an Android mobile app.

Sorare is a unique game that allows players to use their soccer knowledge to construct and build their own fantasy soccer team. Unlike other fantasy football (soccer) or fantasy American football platforms, players can win high-value footballer cards, which are distributed as NFTs. They can either be kept as collectibles or sold for profit.

It’s a neat concept that combines fantasy football (soccer) and earnings that hardcore fans may really enjoy. Remember that with NFT games, there’s always the risk of losing what you invest — earnings are never guaranteed.

The top 20 most expensive NFTs Mintable review and guide