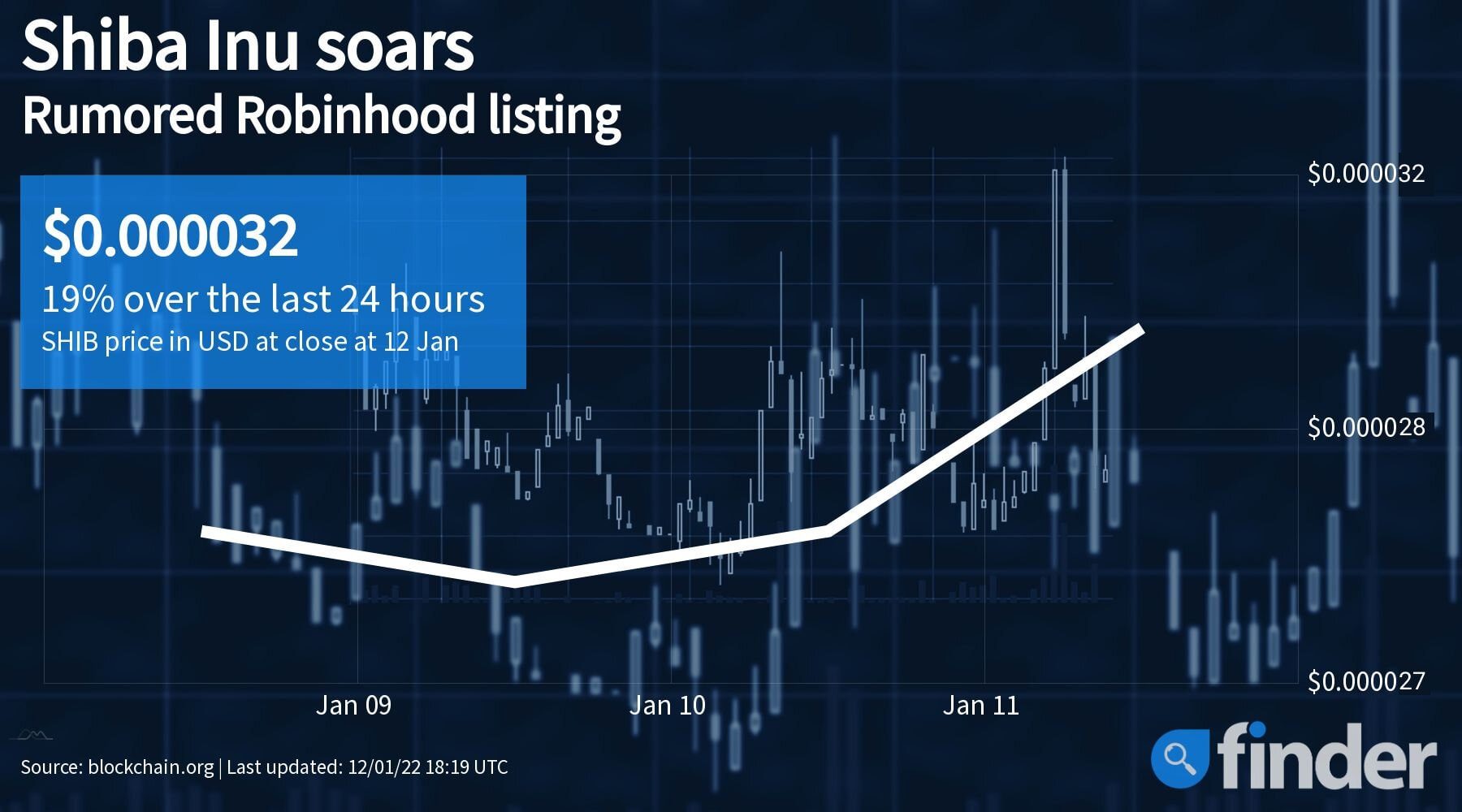 It’s not the first time this rumor has circulated and it’s yet to be confirmed by Shiba Inu or Robinhood.

Shiba Inu (SHIB) climbed 19% Wednesday on rumors that the meme coin would be listed on the popular retail brokerage platform Robinhood in February 2022.

Neither Shiba Inu nor Robinhood has confirmed the rumors.

Several crypto news sources claim knowledge of insider information that Shiba Inu will be listed on Robinhood this February.

BreakingCrypto tweeted out the news this morning, citing an anonymous source, followed shortly thereafter by Wccftech, a technology media publisher.

So far, there’s been no word from Robinhood or Shiba Inu to confirm the rumors. But perhaps a cryptic tweet late last week was meant to tease the development. Shiba Inu developers tweeted last Friday that they’re “working on amazing things.” Whether that’s getting listed on Robinhood remains to be seen.

This has been rumored before

At the time, a petition “designed to kindly request of Robinhood to please list Shiba Inu coin to trade” was circulating on Change.org, which may have contributed to the token’s 72% rise.

What is Shiba Inu?

Shiba Inu is a decentralized cryptocurrency also known as Shiba Token. The coin was created in August 2020 by an anonymous person or group known as Ryoshi and is built on the Ethereum (ETH) platform.

At the time of publication, Matt Miczulski owned Ethereum.