Where could the price of XEM be headed and why?

New Economy Movement (NEM) is a platform that aims to provide a customisable blockchain solution to businesses. The native token of the NEM ecosystem, XEM, is one of the world’s top 20 cryptocurrencies by market cap at the time of writing.

XEM experienced substantial volatility in 2017, trading between a low of US$0.0036 and a high of $US2.01. So, are those fluctuations expected to continue, or is there something else in store for the XEM price in the weeks and months ahead?

To find out, let’s examine the many factors that influence the value of the XEM token.

To get an accurate idea of how the price of any digital currency may change in the future, we need to carefully assess the many issues that can influence its price. Cryptocurrencies are complicated and volatile, and there are a host of factors that could drive prices up or down.

If you’re thinking of buying XEM, consider the effect the following factors could have on its price.

What could drive XEM’s growth?

What could hold XEM back?

Where to buy XEM

What’s coming up in NEM’s roadmap

NEM doesn’t offer an official roadmap with goals and milestones for the year ahead. However, the biggest development currently in the works is the Catapult update, which is due to be released at some stage in 2018.

The Catapult whitepaper outlines the features this update will introduce, including:

According to the whitepaper, “The end objective is a high performing, secure enterprise-class solution with open connectivity.”

The value of XEM could also be influenced (either positively or negatively) by how NEM stacks up against its competitors. Key projects that could battle NEM for market share include:

Beyond 2021: What does the future hold for NEM?

Due to the volatile and complicated nature of cryptocurrencies, it’s hard to predict future price rises or falls with any certainty. For NEM and its native XEM token, there certainly appears to be plenty of potential. With a wide range of real-world use cases and the backing of the NEM.io Foundation, NEM has the opportunity to be at the forefront of the large-scale integration of blockchain into the business world.

However, there are a couple of key obstacles that will need to be overcome if this success is to be achieved. The first is the simple fact that NEM is operating in a highly competitive space and there are several other solidly-backed projects battling for a slice of the pie. Whether NEM has the technology and the business model to outperform its competitors is as yet uncertain.

The second challenge is the eagerly anticipated launch of the Catapult update. If successful, the features it offers could offer a significant improvement to the performance of the platform. However, when the update will be released to the public remains unclear.

Should you buy XEM? You’re the only person who can answer that question. Cryptocurrencies are complex beasts, and there are many internal and external factors that influence their price fluctuations.

Research the technology behind the NEM platform and its potential use cases, as well as the market competition and other challenges it will face, so that you can make an informed decision. How to buy and sell NEM 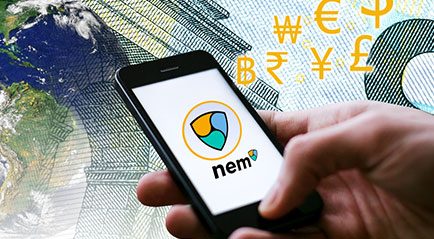