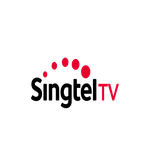 Singtel TV offers the best in movies and entertainment from around the world.

Singtel TV is a pay TV service provided by Singapore Telecom, one of the leading mobile network operators in Singapore. Initially introduced as mio TV back in mid-2007, Singtel TV strives to delight Singaporeans with a wide variety of entertainment through its IPTV platform.

With over 200 TV channels available, Singtel TV offers TV entertainment through its various bundled packs known as Singtel TV Packs. From the latest blockbuster movies and award-winning dramas to live sports coverage, ethnic programs and news content from around the world, the service brings you a wide selection of entertainment in one place.

Whether you prefer to have your TV experience on your mobile device or on the big screen with Android TV and Apple TV, the Singtel TV GO streaming service has it all covered. With the dedicated Singtel TV GO app, you can watch over 150 channels whether you’re at home or on the move.

Singtel TV’s content is grouped into four main packs: the Starter Pack, the Trio Pack, the Value Pack and the Ultimate Pack.

Each of these main packs offers a number of smaller bundled packs of channels for you to subscribe to. The monthly subscription fees of these bundled packs vary.

The Starter Pack provides you with a selection of 16 bundled packs of channels for you to choose from. These include a range of dramas, movies and cartoons as well as Asian, Malay, Indian and other ethnic programs. The subscription fee for each pack ranges from S$16.90 to S$64.90 per month.

Singtel TV’s Trio Pack contains seven bundled packs of channels, allowing you to enjoy the best blockbusters as well as the channels you love from around the world. Each bundled pack’s subscription fee ranges from S$52.90 to S$65.90 per month.

To enjoy mixed ethnic programs, the biggest blockbusters and complete coverage of the Premier League, you can choose to sign up for one of the five bundled packs available in the Value Pack. The subscription of each pack costs between S$69.90 and S$77.90 per month.

Finally, the Ultimate Pack contains five bundled packs and is the most complete offering. These bundled packs include live coverage of the Premier League as well as your favourite English and ethnic entertainment. Prices start from S$89.90 to S$99.90 per month for each pack.

To enhance your TV experience with your own favourite programs, you can create your own bundle with the 18 add-on packs and channels. With prices starting from S$4.90 to S$25.90 per month, you can catch the biggest movies and enjoy your favourite programs in Chinese, Malay or Indian as well as live coverage of world sporting events.

You also have the option to rent the latest blockbusters from just S$1.99 from Singtel TV’s Video on Demand library. You can even watch your favourite movies as early as 90 days from cinema release. You can watch your chosen movie instantly with a click of a button on your Singtel TV remote control.

The Singtel TV GO streaming service allows you to watch Singtel TV either at home or on the move via its dedicated app. There are two types of plans available for you to choose from. The Singtel TV GO Plan 1 offers a single device subscription at S$6.90 per month.

At S$9.90 per month, the Singtel TV GO Plan 2 allows you to watch different programs on up to three devices simultaneously at home if you’re on Singtel’s Fibre Broadband Wi-Fi connection.

Which devices are compatible with Singtel TV GO?

In addition, Singtel TV’s Catch-up feature allows you to watch previously aired shows. This means you have access to past episodes of your favourite series, letting you catch-up or binge watch at your own time.

The Singtel TV GO streaming service allows you to watch Singtel TV either at home or on the move via its dedicated app. The app is free for everyone to download from the App Store or Google Play Store. Offering two useful features and other great benefits, the Singtel TV GO app enhances the TV-watching experience of Singtel TV subscribers.

The Home View feature transforms your mobile device into a “virtual second set-top box” when connected to your Singtel Fibre Broadband network. Family members can enjoy different content on their mobile devices or Android TV without the need to add a second set-top box. The On-The-Go feature allows subscribers on the move to have unparalleled access to entertainment, news and sports content for their viewing pleasure.

The streaming service Singtel TV GO also doesn’t offer any free trials, but if your mobile device is on Singtel’s mobile plan, you can catch your favourite shows and movies from your subscribed TV packs on your smartphone or tablet via Singtel TV GO every Sunday for free. This means you don’t have to pay for any of the local data used whether it’s 1MB or even 1GB.

There are also other special offers combined with other products and services within the Singtel Circle, such as with Singtel’s mobile plans and fibre broadband services. Please visit Singtel TV’s website for complete and detailed information.

How does Singtel TV compare?

Ardiansyah Lubis is an associate editor for Finder specialising in cryptocurrency, money transfers and Internet TV. Having an educational background of banking management and business administration, Ardi loves to write about finance and technology. He has also been a professional translator for almost a decade. When not tied to his laptop, he spends most of his time with his little family visiting interesting places and trying new food.