Everything you need to know about Singapore's most popular streaming service.

Because Netflix is now a global force, it is committed to creating high-quality original shows and movies that can’t be seen anywhere else, with a strategy built around binge watching.

With partnerships with companies like Disney and Dreamworks to create exclusive shows for its audience, Netflix is aiming to create engaging programs for audiences of all ages. The recent addition of offline viewing is also taking the platform to the next level.

Netflix subscribers can now download certain shows and movies to their iOS and Android devices to watch offline, which truly makes the concept of watching Netflix anywhere a reality.

Need a new show to binge watch? Here’s a full list of shows on Netflix Singapore. 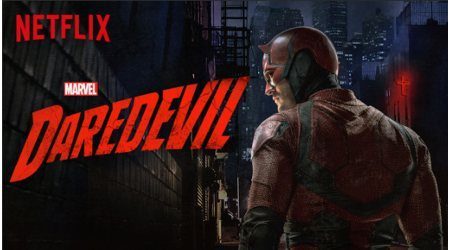 Whether it’s a blockbuster or indie, you’ll find it on Netflix Singapore. 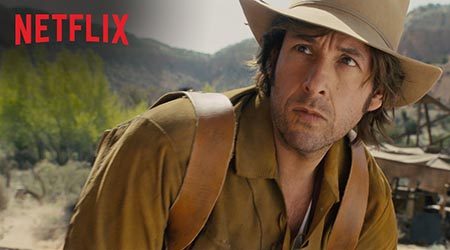 Our simple seven-step guide will help get you connected to Netflix in no time. 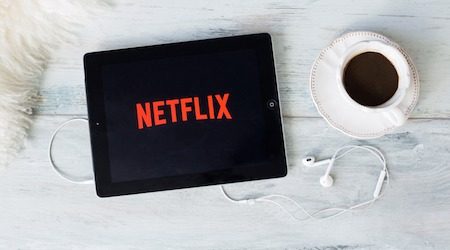 How much does Netflix Singapore cost?

For a limited time, Singaporeans are invited to try Netflix for one month for free. If they choose to continue, service plans start at $10.99 for a single standard definition stream. There are no contracts with Netflix so you can cancel the service at any time, but until then your credit card that was used to sign up will automatically be charged each month.

If you have obtained a coupon code for Netflix services, you can get your discount when you sign up. Simply wait to be prompted during check-out and enter the code where indicated. You will see the discount applied on your first billing statement.

There are three plans offered by Netflix that you can choose from: Basic, Standard and Premium. The one you pick will depend on the types of features you want with your Netflix subscription.

Not only can you cancel at any time, you can change your plan if your needs change. Differences in rates will be prorated to your account. It is important to note that your account is going to be automatically billed by Netflix. If you wish to cancel you will need to do so before your billing cycle ends.

In order to watch a video streamed from Netflix on your PC or laptop you will have to have the Microsoft Silverlight plug-in installed. This is a free download that enables Netflix to run properly on your computer.

Why is Netflix in Singapore and why is it a big deal?

Back in 1997, Netflix changed the way movies were rented in the United States. Subscribers could view the company’s selection of movies online, order what they wanted and have the DVD delivered to their mailbox. The customer would watch, pop the movie back in a pre-paid envelope and send it back to Netflix. In 1999 they introduced their customers to monthly subscriptions and stopped offering single rentals by 2000. This was the start of a movie rental concept with no due dates or late fees and unlimited rentals per month for a flat fee.

The business plan took a few years to catch on, but by 2003 Netflix posted its first profit of US$6.5 million. By 2005 Netflix was shipping a million DVDs out to subscribers daily from a stock of over 35,000 different film titles. Ten years after its introduction, Netflix had delivered its billionth DVD and was looking towards introducing video on demand using the Internet.

Online streaming of video through Netflix turned the company from being one of the post office’s biggest customers to being the largest source of Internet traffic in North America by 2010. By 2011 Netflix began to acquire content that would be exclusive to their service. Major blockbuster shows like House of Cards and Orange is the New Black put them on the map, while partnerships with Marvel for Daredevil, Jessica Jones, Luke Cage and Iron Fist expanded the audience. Now, Netflix is investing billions in original content for the coming years to cater to its rapidly growing international audience.

When did Netflix launch in Singapore?

Netflix launched in Singapore in January 2016. While there was some early dismay around Netfix Singapore’s comparatively shallow library, it has since grown to rival some of the bigger international TV and movie catalogues. As of April 2018, Netflix’s library had grown significantly with 2060 TV and movie titles, compared to the much smaller launch offering of around 700 titles.

Netflix began offering its video streaming services to Canada in September 2010 followed by a large expansion into Central and Southern America including Mexico in 2011. This proved to be very lucrative, especially in the Canadian market.

By 2012 it had become available in the UK and Northern Ireland, which was even more successful than their introduction into Canada. From here they slowly integrated into most of the rest of Europe over the next two years. Distribution rights make it impossible for Netflix to provide the same content to all countries, but they attempt to make up for this with their exclusive series and movies as well as adding localised content for their overseas subscribers.

Then, at CES 2016, Netflix shocked the world by switching on in almost 200 different countries around the world. Currently, Netflix is available in every country around the globe except China, Crimea, North Korea and Syria, though the content libraries vary greatly. For a full rundown of what’s available on Netflix around the globe, check our international Netflix TV and movie lists.

How does Nexflix Singapore compare?

How much data will Netflix Singapore use?

Not sure what quality you’re streaming at? There is a way to check (see below), but if you’re paying for the basic package you’re streaming in SD, the standard package gets you HD and up to 4K (assuming you have a 4K capable television) is available on the premium package.

If you’re only streaming Netflix at home with an unlimited broadband plan, data usage isn’t going to be of much concern to you.

However, if you do have a data limit, for example when you’re streaming on a mobile network, data usage is something you should seriously consider. Excess usage can result in hefty charges from your provider.

To change video quality settings, simply access Netflix from your web browser and click on the profile image in the top-right corner of the window. Then, in the drop-down menu, select “Your Account”. On the “My Profile” page, select “Playback settings” in the “My Profile” section. From there, you can manually select the video quality of your Netflix stream. In the case where you’re experiencing lag, you’re going to want to switch it to “Low” (you may have to wait up to 8 hours for the changes to be processed).

If your stream is constantly buffering, you’re going to want to switch it to “Low” (you may have to wait up to 8 hours for the changes to be processed).

What devices are compatible with Netflix Singapore?

Zyane Tan is an editor at Finder. An experienced copywriter and content creator, Zyane enjoys writing on a wide array of subjects. When she’s not busy typing away, she’s reading and musing over a pint.