What is ICON (ICX)? A beginner’s guide

An in-depth look at the cryptocurrency project that plans to “hyperconnect the world”.

ICON is building one of the world’s largest decentralised networks for dapps and smart contracts, which will allow different blockchains to interact with one another via smart contracts. It’s a massive and ambitious project that aims to unify blockchains from all manner of industries, entities and individuals into one single network.

So, how does it all work and what can we expect from ICON in the future? Let’s take a closer look.

ICON’s goal is to “hyperconnect the world” by allowing communication and interoperability between blockchains. The overall goal of the project is best explained in its whitepaper:

“The ICON Project aims to build a decentralised network that allows independent blockchains with different governances to transact with one another without intermediaries. Anyone can create a new blockchain project and join the network. A new blockchain project is free to connect with existing projects and create new unique worlds, or blockchain multiverse.”

The team behind the project says the end result will allow the decentralisation and interconnection of communities, allowing them to overcome political, social, economic and geographical boundaries.

Where to buy ICON

Learn how to buy ICON in our step-by-step guide.

How it works: The Technology behind ICON

ICON revolves around loopchain, a blockchain based on a smart contract system which can be customised to include different rulesets, consensus mechanisms and other features. Connection between different blockchains in the ICON ecosystem is based on a handful of key systems and structures:

The blockchain network that constitutes the ICON Republic is called Nexus. A Nexus is a collection of communities that connect to one another through C-Reps. This one Nexus can then be linked to others, allowing not only interconnectivity but also network scalability.

Connections within the ICON network

There are four different ways to connect within the ICON Network:

ICX is ICON’s native coin. The ICX coin can be used for a variety of purposes, such as payments, launching smart contracts, and creating new tokens on the network, much like Ethereum’s ETH. Among ICX’s more interesting use-cases, is the ability for ICX to transact between different cryptocurrencies, by calculating the exchange rate via Icon’s upcoming Decentralised Exchange (DEX). ICX’s use in cross-blockchain communication sets it apart from similar coins such as ETH and NEO, and underpins ICON’s membership in the interoperability alliance with Wanchain and Aion.

The total supply of ICX is 800,460,000. Half of this maximum supply of tokens was distributed during ICON’s September 2017 ICO, with the remaining tokens split amongst the ICON team, its partners and set aside for future development.

The ICON project was founded in South Korea by DAYLI Financial Group, a fintech company which also owns the Coinone cryptocurrency exchange. It’s also backed by the ICON Foundation, a Switzerland-based not-for-profit organisation.

ICON boasts a team of more than 45 people and an ICON Foundation council of six members. Its website also lists several advisors, most notably Don Tapscott, who wrote the book Blockchain Revolution and also opened the Blockchain Research Institute.

At the first ICON Annual Summit in late January 2018, the project team announced new agreements with a host of partners, including Bluewhale, Silkroad and Nucleus Vision.

However, the biggest news was its partnership with global online gaming firm Smilegate, the company behind the world’s most-played online first-person shooter (FPS), CrossFire. With over 8 million concurrent users and 650 million registered players, CrossFire is kind of a big deal. As announced in a blog post, the two companies: “plan to create a new gaming ecosystem that guarantees the rights of creators and eliminates the boundaries of users and creators”. The platform will be called STOVE, and aims to reward all participants of the gaming ecosystem, from streamers, to watchers, to developers and more.

ICON has secured a number of other important partnerships that could potentially drive future growth, including:

ICON is one of several cryptocurrency projects focused on ensuring interconnectivity between blockchains. Acknowledging this fact, it joined Aion and Wanchain in a collective known as the Blockchain Interoperability Alliance. The alliance has the shared goal of: “promoting interconnectivity between the isolated blockchain networks”. Aion aims to become the common protocol used across blockchains, while Wanchain is focused on uniting isolated digital assets through the use of cross-blockchain smart contracts.

ICX tokens were originally issued as ERC20 tokens on the Ethereum network. However, following the launch of ICON’s mainnet in early 2018, ICON is preparing to complete a token swap that will see these ERC20 ICX tokens exchanged for ICX mainnet coins. Users will be able to swap tokens for coins through ICONex, ICON’s official wallet service, or using a cryptocurrency exchange.

However, at time of writing (May 2018) no date has been confirmed for when the token swap will begin, so existing tokens can be stored in any ERC20-compatible wallet. Examples of wallets you may like to consider include the MyEtherWallet web interface or the Ledger Nano S and TREZOR hardware wallets.

What’s next for ICON: The ICON roadmap

ICON’s 2018 roadmap outlines the key objectives it will be focusing on across five key industries:

ICON isn’t the only project focused on interconnectivity between blockchains, so competition is a factor that will need to be taken into account. However, ICON’s alliance with Wanchain and Aion, two other big players in the sphere, is good news and could help alleviate those concerns to a degree.

The other main factor to be aware of is that it’s still early days in ICON’s quest to hyperconnect the world. While it has some strong partnerships in South Korea, it’s still too early to tell just how many communities will come together under the banner of the ICON Republic. If it fails to achieve widespread adoption as a blockchain connectivity platform, the value of ICX will suffer.

ICON is a complex project with an ambitious goal, and whether or not it can deliver on its potential remains uncertain. However, it does have several factors in its favour. Interconnectivity between blockchains is a logical and necessary step if blockchain technology is to ever transform the world the way its proponents say it’s meant to, and ICON already has some strong partnerships lined up.

Just make sure to do your own research before deciding whether ICX tokens are worth buying. 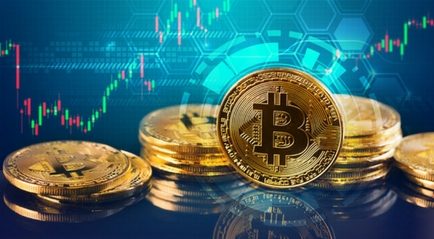 How to buy ICON (ICX)