Will Dogecoin be a good boy or a naughty one in 2018 and beyond?

Launched in 2013, Dogecoin is something of a legend in cryptocurrency circles. What started out as little more than a joke based on a popular Internet meme soon gained traction, and several years later the coin featuring an iconic Shiba Inu mascot still features in the list of the world’s top 50 cryptocurrencies by market cap.

But if you’re thinking of buying DOGE, you’re probably looking for the answer to one very important question – is Dogecoin about to jump in price, or has this joke finally reached its use-by date?

To find the answer, you’ll need to examine the many factors contributing to the price movements of this peer-to-peer crypto coin.

Learn more Where to buy Dogecoin 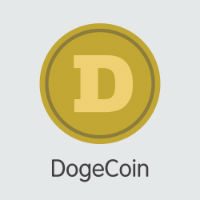 Cryptocurrencies are complex and speculative, and they’re also well known for being extremely volatile. With this in mind, there are myriad factors that can potentially drive the price of a coin upwards, or drag it in the opposite direction.

If you’re thinking of buying any Dogecoin, some of the key factors that might influence its price are listed in the table below.

What could drive Dogecoin’s growth?

What could hold Dogecoin back?

Where to buy Dogecoin

There are several coins and tokens that could be seen as Dogecoin competitors, so you’ll need to consider their performance when predicting DOGE price fluctuations. Competitors to consider include:

Beyond 2021: What does the future hold for Dogecoin?

If you could travel back in time to the launch of Dogecoin in late 2013 and tell the coin’s founders that DOGE would still be alive and kicking in 2018, they’d probably have laughed at you. However, this much-loved currency has become something of an icon in the crypto community and experienced some remarkable highs along the way, headlined by reaching a market cap of more than US$1 billion in January 2018.

But while Dogecoin has exceeded even the most optimistic Shiba Inu’s wildest expectations, many commentators believe that its wild ride must soon come to an end. When you consider the origins of this cryptocurrency, it’s hard to see how it can be expected to compete against the expertly-designed and professionally backed coins and tokens available on cryptocurrency markets today.

Think about it. If you were new to cryptocurrency and looking to buy a stake in just one coin, which would you choose – the project with a hard working development team, strong financial support and a clear vision for the future, or the joke coin based on a viral Internet meme?

That said, Dogecoin does have a strong and vibrant community of parochial supporters who simply do not want to see the coin die. Its popularity for use in social media tipping and micropayments is a big advantage, while its widespread availability and emphasis on simplicity make it easily accessible to the masses. Throw in the fact that it offers fast transactions and minimal fees, and it’s clear that Dogecoin is a practical currency for everyday use.

But are those factors enough to help it survive in an increasingly competitive world? You be the judge.

Dogecoin holds a unique and cherished place in cryptocurrency folklore. It’s fun and unintimidating, but also provides impressive practicality behind its light-hearted exterior. However, there are some serious question marks around whether or not it can not only survive but also thrive in the crowded and increasingly professional world of cryptocurrency.

If you’re thinking of buying any DOGE, make sure you carefully consider the factors that could drive its value up or down before making a purchase.

Learn how to buy Dogecoin Find out more about Dogecoin (DOGE) 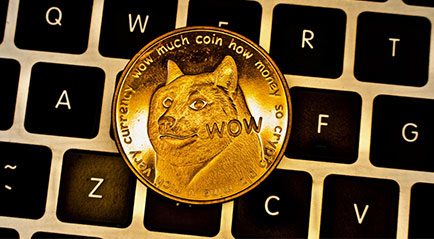