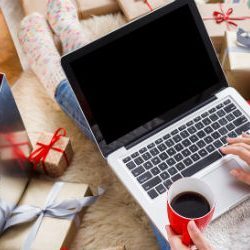 Black Friday is just around the corner and it’s the biggest shopping day in America – but you can still take advantage of the bargains while living in Sweden. Taking place after the US Thanksgiving holiday, this is the ultimate bargain hunter’s holiday. Thousands of stores across the country throw their doors open early, enticing shoppers in with massive one-off deals and heavy discounts. We’d personally rather avoid the massive crowds and shop from our couch while drinking a cup of tea – which is why we’ve brought you this: the ultimate guide to shopping Black Friday online.

So why does Black Friday matter to Swedes?

Because the amazing deals are available here too! Every year, more and more Swedish and international stores are joining in on the Black Friday fun and launching some of their best sales of the year – just in time for Christmas.

What time does Black Friday start in Sweden?

This is where it gets a little tricky due to international time zones. Swedish stores will likely start their sales at the beginning of the day on Friday. If you’re looking to purchase from an international retailer, you might have to pay attention to when the day starts in their country since it’s likely that’s when the sale will start too.

Tips and tricks for Swedes on Black Friday

Was this content helpful to you?
Thank you for your feedback!
Every single Stockholm restaurant on Uber Eats

As far as the Internet is concerned, the US is no longer the top spot for Black Friday shoppers. Can you guess which country is number one?

Find out if Revolut is right for you with our detailed review. We take you through the features, costs and pros and cons to help you decide if the Revolut card and app are for you.

Your guide to the best wallets for storing and managing ICON’s ICX tokens, including tips on how to choose the right wallet for your needs.

Your guide to what to expect for the price of Ripple (XRP) in the weeks and months ahead.

What does the future hold for the price of Tether this year and beyond? Find out in our latest prediction.

Your comprehensive guide to the best wallets for storing, sending and receiving Lisk (LSK) tokens.

We take a closer look at 6 of the best Ethereum Classic wallets and offer handy tips on how to securely store ETC tokens.

What’s the best wallet for safely storing IOTA? Find out in this handy guide.