Finder shares 7 spooky statistics to keep in mind for your next money move.

This spooky season there may be more to be scared of than the typical goblins, ghosts and ghouls. This year, it could be your finances that haunt you in a very real way.

Financial stress is all around us. Whether it hits you when you’re online paying bills, in line to buy groceries, filling out your tax forms or waiting for the next stimulus check. The pandemic hasn’t helped much in that stress, with many people having their pockets hit due to losing their job, losing their business or medical bills mounting.

We have curated a list of some of the scariest financial facts to be aware of when figuring out your next money moves.

Statistic 1: 47% of American adults have some sort of debt stress

That’s right, nearly half of Americans stress over a debt, according to a survey conducted back in July 2020. The number one form of debt stress seems to come from that shiny card we all carry in our wallets — our credit card.

Some 32% of Americans with debt say their credit card debt stresses them out the most. Although the average household carries around $52,000 in debt, there are hacks and tips out there to lower that credit card debt.

Student loans are another large stress factor, with 21% of Americans claiming this may be the debt that keeps them up at night. Roughly 42% of Americans between the ages of 18 to 24 worry about the debt they took on for education, as well as 25% of those aged 25 to 34.

Statistic 2: 114.4 million Americans said they took out a personal loan in the past year

The number one reason for borrowing was to alleviate some debt stress. Some 31.78% of people surveyed who reported ever taking out a personal loan said they used the funds for debt consolidation.

The average personal loan amount borrowed in 2020 as of February was $11,657.49. The largest loans were those taken out to start a business, at an average of $15,820.34 per loan. Due to the COVID-19 outbreak, 90% of businesses have lost revenue, forcing many small business owners to turn to the SBA for funding to help keep their business afloat.

Statistic 3: Some 56% of American adults are struggling to buy groceries due to COVID-19

COVID-19 has not only changed the way we live, but the way we shop as well. It was nearly impossible to get into some supermarkets when shelter-in-place orders started — and even if you did, the chances of them having what you needed was very low.

Hand sanitizer and soap were two items that many American adults had trouble getting a hold of — some 32.48% of respondents reporting they were unable to easily find either. Toilet paper was another necessity that was very tricky to find, with 32.17% of Americans unable to get their hands on a roll.

Federal stimulus payments were shown to be easy targets for scammers. The basic information required by IRS guidelines made it simple for scammers to claim checks. And in the first quarter of 2020 fraud and identity theft were up by 20.1%.

There are red flags that may pop up if you are at risk of having your identity stolen. For instance, you may not recognize some charges on your credit card statement, or you notice unauthorized withdrawals from your bank account.

If you do get your identity stolen you should contact the authorities right away. You should also immediately let your bank know so it can stop all future transactions until the situation is resolved.

Surveying 2,002 Americans in January 2020, Finder found that within the last 12 months almost 13% of Americans have put, on average, almost $2,000 into saving in case of the end times. With the pandemic coming soon after, that number is likely to have jumped significantly.

Statistic 7: 8.8 million Americans admit to cheating on their taxes

Some 3.44% of Americans admit to cheating on their taxes when W-2 season rolls around. When looking at this by gender we found that more men are dishonest than women, with men being 60% more likely to lie on their taxes than women are. 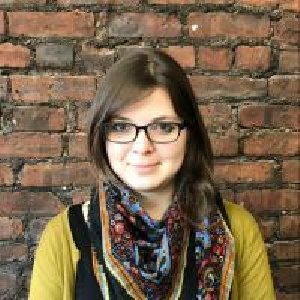 One of the big takeaways of this year is that savings are essential. If you haven’t already, open a high-interest savings account to start an emergency fund as soon as possible. You should have at least three months of expenses saved away — though the more the better.

The pandemic has also changed the way we spend, so it’s worth reexamining your budget to see where you can save. I did this for myself and found that I wasn’t getting much out of my current travel rewards card. I just wasn’t dining out and traveling the way I used to. So I got a new credit card with cashback rewards for groceries, which is where most of my money goes these days.

Budgeting and saving won’t prevent a financial catastrophe. But they can put you in a more favorable position when things get scary.

Nicole Gallina is Finder's Communications Coordinator, working to help millions of Americans make smart financial decisions. She earned a bachelor's degree in communications from St. John’s University. In her spare time, Nicole likes to hang out with friends and attend country music festivals.

Which US states are hit most often by hurricanes? Christmas spending statistics 2020