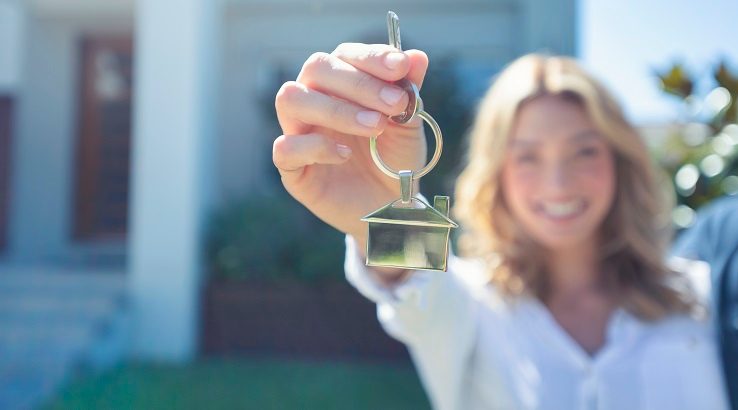 Borrowers are taking advantage of historic lows in mortgage interest rates, thanks to the Fed.

Today, more new and existing homeowners are taking on or refinancing home loans than at any other time in the past 15 years, according to the latest report from the Federal Reserve Bank of New York.

That activity jumped 42 percent from the third quarter of 2019 to the fourth quarter, led by a surge in mortgage refinances. The leading driver for the rash of mortgage activity is the recent interest rate decline following Federal Reserve decisions to lower interbank lending rates. Mortgage rates on 30-year fixed loans, for example, have plummeted from 4.51 percent at the beginning of 2019 to about 3.7 percent or less throughout the final quarter of the year, according to Freddie Mac averages. Rates have dipped even further to an average of 3.45 percent last week.

Mortgage rates have also been influenced by the 10-year U.S. Treasury bond yields, which have been pushed down by overseas investors who see the U.S. debt investments as safer than in other parts of the world due to Brexit, the coronavirus crisis and other global issues.

In addition to the three-year-low in interest rates, the Fed noted that the median credit scores of those taking out the new loans was up five points from the third quarter, to 770.

Furthermore, home loan applications are now easier than they used to be, with online processes opening the door for potential borrowers to shop around and compare a greater variety of lenders. They can get multiple quotes online or via email, and sign documents electronically.

But one reason refinances are leading the way rather than new mortgages is that the nation’s housing inventory continues to decline, making it more difficult to find a suitable house to buy. With the supply of homes priced under $200,000 down 19 percent and homes priced $200,000 to $750,000 down 12 percent, homebuyers are being pinched by a homebuilding industry that has yet to recover from the Great Recession. Per CNBC, refinances are up a staggering 207 percent from last year.

Where will interest rates go from here?

The current interest rate environment may be a temporary situation. While the spread of the 2019 novel coronavirus is still unfolding, there is a sense among Chinese investors that it may be increasingly safe to reinvest in China’s markets, which could lead to investors pulling money back out of U.S. Treasuries, thus prompting a rise in bond yields and interest rates.

“Given that Chinese equities markets are already indicating the financial market psyche has shifted, it may only be a matter of time before U.S. bond markets (which dictate mortgage rates) follow suit,” wrote Mortgage News Daily COO Matthew Graham. “If we assume that bond yields (a.k.a. rates) are only as low as they are because of coronavirus, any additional recovery in Chinese equities would likely coincide with upward pressure for interest rates.”

With many would-be mortgage borrowers stymied by the inventory crunch, there may not be enough momentum to keep interest rates low once the foreign investors leave. Mortgage rates stopped their fall this week, and while it is too early to guess if this represents a reversal, rates are likely to rise should the coronavirus situation calm.

Another wildcard is Brexit — the United Kingdom’s divorce with the European Union. With the German neobank N26 closing all of its UK accounts due to the withdrawal agreement, there is a great deal of trepidation among British and European investors.

With Brexit now in an 11-month transitional period, the UK must negotiate new trade agreements with not just the EU but every other potential financial partner, including the U.S. This is because trade during the UK’s association with the EU was handled by the single market. With the EU less than enthusiastic about negotiating with the UK in such a short timeframe, the United Kingdom could find itself an island apart, facing steep taxes and tariffs, and without a regular supply of essentials, like medicine and natural gas.

Investors may opt to wait until the end of the year or longer before reinvesting in the British markets. This offers another opportunity for the Treasury note and may continue the decline of the U.S. mortgage rates for a while longer.