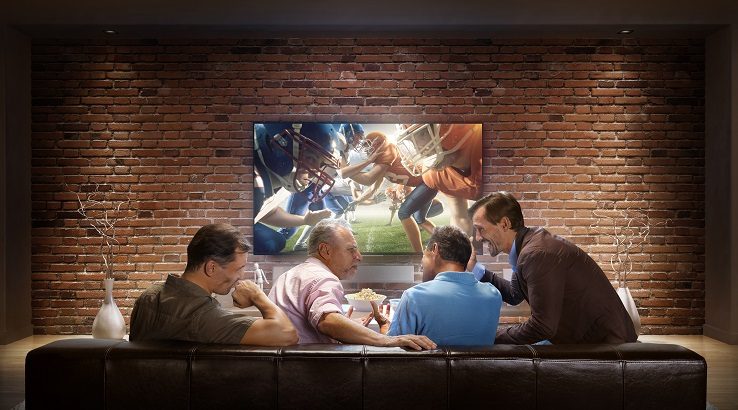 The streaming platform has announced that FOX channels, including FOX Sports, will be blacked out starting January 31.

If your plans were to watch the Super Bowl on your Roku this Sunday, you may need to reconsider. Roku has notified its users that FOX channels will not be available on the streaming platform come January 31.

“You can still watch FOX channels through these services: FuboTV, Hulu + Live TV, SlingTV, YouTube TV and other live TV services, many of which offer free trials. We also have thousands of other great channels in the Roku Channel Store. We’ve got you covered!” Roku wrote in the email.

“If you have a Roku TV, you may be able to receive FOX over the air with an antenna.”

The move, which apparently is the result of FOX and Roku failing to come to terms following the end of a licensing agreement, has escalated into a war of words. FOX has pushed back, asserting that Roku is using its market position as leverage in unfair negotiations.

“Roku’s threat to delete FOX apps from its customers’ devices is a naked effort to use its customers as pawns,” a FOX spokesperson told Cord Cutters. “To be clear, FOX has not asked Roku to remove our apps, and we would prefer Roku continue to make them available without interruption. Roku’s tactics are a poorly timed negotiating ploy, fabricating a crisis with no thought for the alarm it generated among its own customers.”

“Even if Roku unilaterally decides to remove FOX apps, savvy Roku customers know Super Bowl LIV on FOX will be ubiquitously available through streaming providers, FOX apps on the biggest streaming platforms and our website. Only Roku can pull apps from its customers’ devices, and we would urge them to stop the intimidation tactics and reconsider the merits of irritating their best customers in pursuit of Roku’s own interests.”

FOX is no stranger to pulling its channels as a negotiating tactic. In 2019, for example, FOX blacked out its channels from Dish. And in January 2020, nearly avoided a similar fate with a coalition of small cable providers. In both cases, FOX sought large increases in its licensing fees.

However, in this case, it may be Roku that is the instigator. Following a decrease in its market share due to the increase in television manufacturers that produce smart TVs that don’t use the Roku software solution — plus challenges from Amazon, Google, and Apple — Roku has sought a larger share of advertising and monthly fee revenue.

“The company makes almost no profit from selling devices. It keeps prices low to attract users, whose viewing habits it sells to advertisers,” Bloomberg Businessweek reports. “That’s where the real growth potential is: According to EMarketer Inc., ad spending on connected TVs — in-stream ads or ads on menus — will grow to almost $7 billion by the end of 2019, up about 38% over the past year, and is expected to top $10 billion by 2021.”

Roku has developed a reputation for threatening to cancel a channel if it does not agree to offer the company a bigger share of the ad revenue. While the larger channels may have the market position to push back, it does not change the fact that Roku’s decision to pull the FOX channels will hurt FOX’s Super Bowl revenue.

Roku users who wish to watch the Super Bowl can do so for free via the NFL Roku app. For Roku users seeking to view FOX channels, Hulu with Live TV and fubo both offer one month free trials, while Sling TV and AT&T TV NOW offer one-week trials.

Update (2/1/20): FOX and Roku reached a tentative agreement on Friday night, allowing the FOX channels to return to the streaming platform in time for the Super Bowl. Both sides have declined to disclose the nature of the disagreement or the settlement arrangement.