Princess Cruises is an innovative line that’s harnessed the power of wearable technology and a free messaging app to deliver a fresh onboard experience. But don’t get carried away by the prices you see on first glance, because taxes and port fees aren’t included until checkout.

Single people and older folks should keep in mind that Princess tends to host lots of families on board, especially during summer and holiday breaks. While the top-of-ship deck area is for adults only, you’ll pay a fee to access this sanctuary.

Still, the playfulness of this cruise can be a delight: Princess was the first cruise line to offer movies on deck, with giant LED screens set up poolside. In the mood for love? It offers captain-officiated weddings so you can tie the knot onboard.

Amy Stoltenberg is a staff writer covering all things travel, shopping and lifestyle. After earning a BA at Savannah College of Art and Design, she worked as technical designer in corporate fashion before opting for a career with unlimited travel time. When her laptop's closed, you can find her wandering around Los Angeles looking for hole-in-the-wall eateries and plotting her way to all 50 states (she's currently at 28). 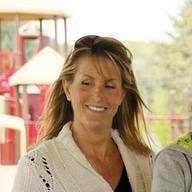 My first cruise experience was a weeklong Caribbean Princess Cruises trip for my honeymoon. I was hesitant to book it, because I had a preconceived notion that it would be crowded and leave me feeling trapped.

Surprisingly, I had the opposite experience: I had plenty of space to move, excursion participants were capped to reasonable numbers, and my husband and I never saw the same people twice. But buffet lineups could get long, so planning your dining ahead is helpful to avoid waiting.

The best part was the abundance and quality of the food, service and activities that kept everyone busy, both on board and ashore. My recommendation is to ensure you have plenty of US cash on hand when you explore your ports of call, because ATMs can be scarce in more remote destinations. 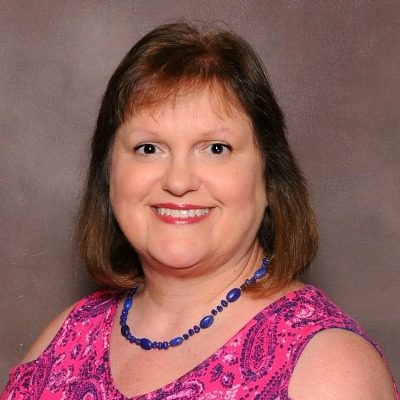 One of the things I like about Princess Cruise Line is how they contain smoking in areas that do not allow smoke to bleed out into other areas of the ship. As someone who is sensitive to smoke, this mattered. Even when walking near the smoking areas, you were not overpowered with smoke. It was like this on both Princess cruises we took.

I loved the wearable OceanMedallion device that provided personalized service everywhere you went. No more worrying about your cruise card. The Medallion is about the size of a quarter, and it performs an array of useful functions: unlocks your cabin as you approach the door, checks you off and on the ship and allows you to order beverages on demand and have them delivered anywhere on the ship.

Be aware that this particular cruise in the fall is mostly senior citizens. At 59 and 72 years old, we were the young bucks on the ship. It wasn’t a problem — just be aware and know that many of the activities and times of events are geared to an older age group. I was told it’s different in the summer when young families are on board.

The one thing I wish I had known before setting sail was the early turn-in time of the majority of passengers. Music and everything shut down before midnight in most cases. We were used to dancing the night away or just listening to music and chatting until a bit later. Everything was pretty much closed by midnight.

Also, several of the ports are newer and do not have as many excursions and activities available. Another thing: All of the pools were outside, and October in Canada is pretty chilly. 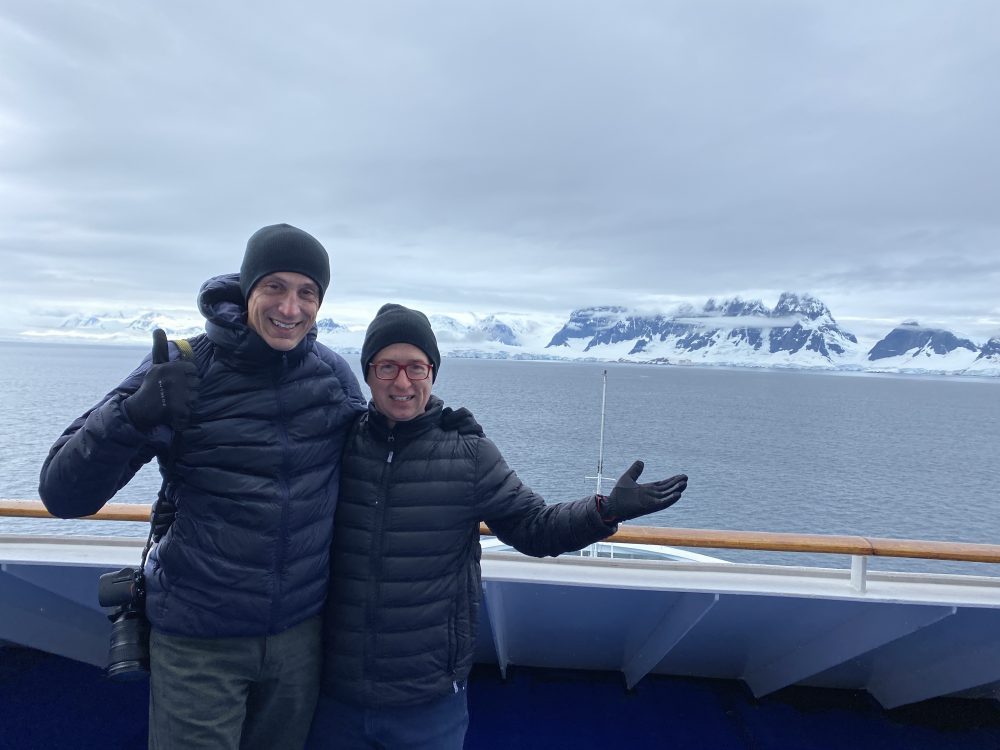 We are travel bloggers, and this was our 17th Princess Cruise. I have also cruised on Royal Caribbean, Costa and NCL. But Princess is my favorite.

Regarding Antarctica, it was everything I had expected. A long journey, a little seasickness and the most incredible sights I’ve ever seen. I don’t think I can ever go back on an Alaskan cruise now!

For new cruisers, I recommend picking port-intensive itineraries. For this reason, the cruise ship generally sails at night, allowing the passenger the most flexibility with their time. For example, will they visit the port or hang out at the pool?

About Andrea and Rick’s cruise 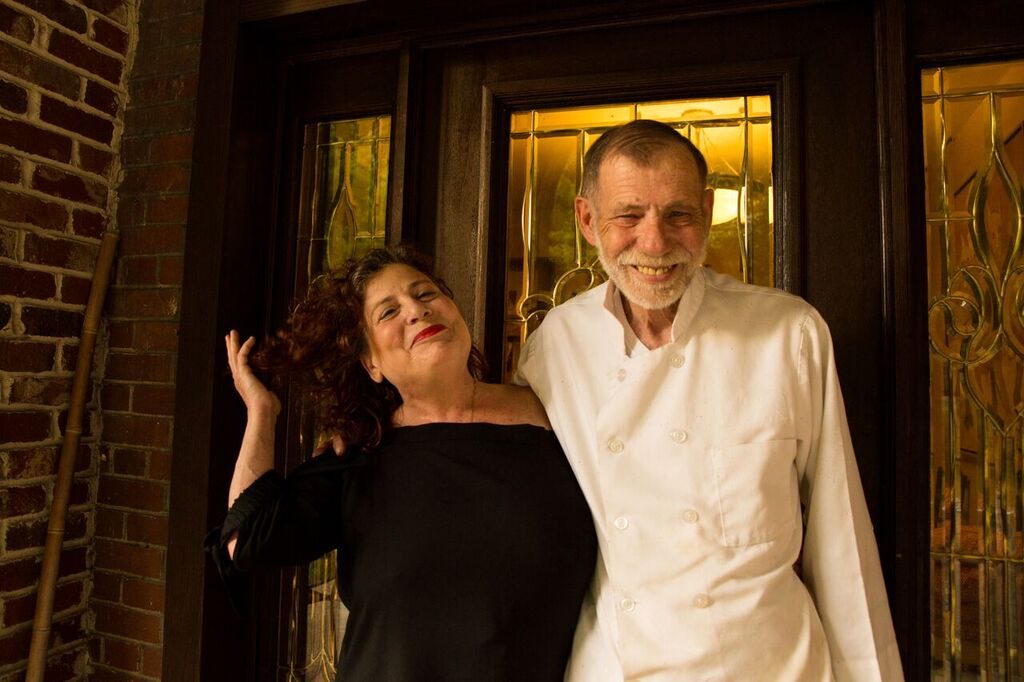 Elisse and Dan Clark
Owners of the Elkhorn Inn and Theatre

We loved our Princess Cruise. Our balcony stateroom was the largest and most well-designed of all the Caribbean cruises we’ve been on. We love that Princess gives $250 onboard credit per stateroom to military and retired military personnel — my husband is US Army Ret. The service was excellent, as was the food — and I don’t say that lightly, as my husband is a chef — and we loved their elegant Cigar Bar, where we enjoyed cocktails and met a lot of nice people! We really liked that the ship stayed late in several ports (10 p.m.), which enabled us to have some very fine dinners in both Aruba and Curacao.

I will say that the cruise was more for older people — we are 60 and 73 — and there weren’t a lot of children on the cruise or children’s activities such as water slides.

About Elisse and Dan’s cruise The highlights are numerous, but on this trip, it was definitely visiting Fiordland National Park, sailing through the towering cliffs of Milford Sound and seeing Doubtful and Dusky Sound — two fiords that are very difficult to get to any other way.

I was actually really disappointed by our room. We booked an interior room right in the middle of the ship. These are the most expensive interior rooms. On the second night, the wall right above our bed starting bowing and flexing with the ship movement. This created a loud bang and vibrated through the bed. It was impossible to sleep through. We were moved to a room right at the front of the ship. It was the only room available and was unfortunately very rocky compared to our original room in the middle. While this disappointment was frustrating, the highlights far outweigh it.

Princess looked after us and made sure the rest of our cruise was very enjoyable. If you are thinking about going on a cruise for the first time, make sure you are prepared with some motion sickness solutions. I’d also take a highlighter. That way you can highlight everything you want to do or see each day on the daily planner that gets delivered to your room. This makes it so much easier to keep track of what you want to do, when it is and where it is!

Where do Princess Cruises depart from?

It’s got departure ports in North America, South America, Europe, Asia and Oceania — but none in Africa — lifting anchor and setting sail from:

Reach more than 380 bucket-list destinations aboard a Princess Cruises ship in more than 100 countries on all seven continents. That’s right: lovers of chilly weather and snowy skies can book passage to Antarctica.

What is Princess Cruises MedallionClass?

MedallionClass defines Princess Cruises ships that are equipped with Ocean Medallion technology. Ocean Medallion is a wearable device with smart technology that allows you to make purchases, enter your room and speed up embarkation without lifting a finger. (No need to bring along a boarding pass.) It can also help servers in the dining room locate you for food delivery. And it connects you with Wi-Fi — though you’ll pay extra for a plan.

Included in the cost of your MedallionClass cruise, Ocean Medallions are shipped to you before you embark. However, you’re not required to wear the Ocean Medallion, opting out if you’d like.

Why you should — or shouldn’t — cruise with Princess Cruises

While tech-savvy folks might like the Ocean Medallion, Princess Cruises are often more expensive than initially meets the eye.

Families and multigenerational groups will find unending, tech-savvy entertainment aboard Princess Cruises. But if you’re looking for a more upscale experience or simply want to see what else is out there, compare other cruise lines.

Disney cruises from $705 per person to the Caribbean

Save up to 25% on select Bahamian, Caribbean and Baja cruises with Disney

Carnival cruises to the Caribbean starting from $179 per person

Save up to 83% off Carnival cruises to the Caribbean

Caribbean cruises from 4-7 nights from $179 per person. T&Cs apply.

Up to $1,000 to spend on board with Norwegian Cruise Line

Just book your next cruise vacation with Priceline Cruises and get up to $1,000 to use as a liquor, dining, and spa credit, along with other purchases made on the ship! T&Cs apply.

Cruises from 3 to 15+ nights available from multiple lines. Get great deals on prime ships, routes, and rooms for bookings from a week or more out.

Insurance is on us + cancel for any reason

Royal Caribbean sale: Buy 1 get 1 60% off cruise fares, up to $150 free onboard credit and kids sail free

Take an additional 7% off on top of all current promotions

Up to 70% off select hotels

New York City Hotels up to 60% off

Sandals resort exclusive deals - up to 65% off sitewide + free credit

Up to 65% off and free cancellations

Royal Caribbean Cruise sale - buy 1 get 1 60% off cruise fares, up to $200 free onboard credit and flexible cancellations

Save up to 65% on Azamara Cruises!

Earn 4% back when you book your hotel in app

Book your snap fares today and save! + 50% non-refundable reduced deposit

Refer to friend and get $20 reward