Under this system, anyone who holds tokens on a blockchain that uses the EOS software can select block producers through a continuous approval voting system. Anyone may choose to participate in block production and will be given an opportunity to produce blocks, and the software enables blocks to be produced every 0.5 seconds exactly. This is designed to not only provide the flexibility needed to upgrade the system or fix bugs but to also allow the system to scale toward 1 million transactions per second.

On April 6, the day of the Dawn 3.0 release, EOS was trading at US$6.10 (PLN 22.03). However, excitement generated by the update, set against a background of widespread market optimism, saw its price climb above US$18 (PLN65) by the end of the same month.

It’s also important to point out that EOS is operating in a highly competitive corner of the cryptosphere. Not only will it need to do battle with the much larger and well established Ethereum, which does admittedly face its own challenges, but EOS will also need to compete with other highly valued projects like NEO, Lisk, and Qtum. 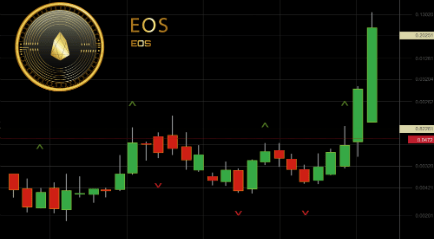