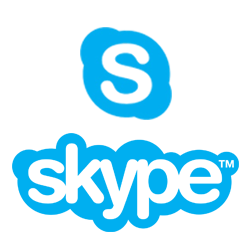 Phone calls are just the beginning with Skype for Business.

Skype was founded in Luxembourg in 2003 as an instant messaging app that provides video chat services and online text messaging. It also handles video conference calls. By the end of 2010, there were 660 million users worldwide. Skype was acquired by Microsoft in 2011 for US$8.5 billion. It is now part of the standard Microsoft 365 package. You can buy Skype for Business online meetings starting at $2 per user, per month.

Skype’s main offerings are freeware – components that the company does not charge for.

The only charges that are incurred in these offerings are calls placed to landlines or mobile phones. Skype can be used on a traditional computer or laptop, mobile devices, tablets and Xbox.

There are four main offerings for Skype for Business, two of which are under the umbrella of Microsoft Office 365. Here’s a breakdown of the plans and what they include:

Skype offers a number of its services for free, and based on your needs or your business’s usage, there might not be a need to pay for one of the upgraded services.

A fairly new offering, this allows for an unlimited number of minutes to landlines in 63 countries and regions plus landlines and mobile phones in the following eight countries:

With its host of free services and ability to break down international barriers, Skype can be a valuable resource to both individuals and businesses, but some of its practices have been called into question in the past.

Was this content helpful to you?
Thank you for your feedback!
Find freelancers on Fiverr Create high-impact infographics with Infogram

We compare the key differences between two of the most popular cryptocurrency exchanges in terms of fees, features, customer support and more.

Learn more about the CoinField cryptocurrency exchange in this review.

Make simple and small transfers to the Philippines through the IREMITX app.

Work From Home Philippines Guide | Your First Step to Success

Useful tips and tricks that you can use to be successful at your first work from home job.

Where to buy materials for homemade Christmas gifts online

Feeling creative? Here’s where you can find materials to make homemade Christmas gifts.

How to buy and sell Algorand (ALGO)

Find out how to buy ALGO in the Philippines, which exchanges support it and how Algorand works.

This how to buy guide will let you in on everything you need to know about buying, selling and trading BSV.