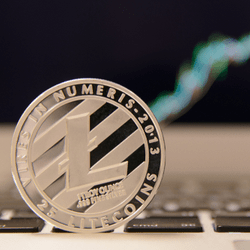 What factors affect the price of Litecoin and what does the future hold for this popular cryptocurrency?

Founded in 2011 by former Google engineer Charlie Lee, Litecoin (LTC) was created with the aim of improving bitcoin. Designed to offer faster processing times and lower fees than bitcoin, Litecoin is now one of the world’s 10 largest cryptocurrencies in terms of market cap.

As a well-established coin backed by a strong development team, Litecoin has attracted the attention of many traders seeking further growth. However, this digital currency will also face a few key challenges moving forward, so let’s take a look at what the future might hold for Litecoin’s price.

Before we go any further, it’s important to stress that cryptocurrencies are highly volatile and complicated, so purchasing any digital currency is a highly speculative move. There are several factors that could potentially contribute to a growth or decline in value of a particular cryptocurrency, so you need to research all of those factors before deciding to buy.

A selection of crucial points to consider before buying Litecoin are outlined below.

What could drive Litecoin’s growth?

What could hold Litecoin back?

What’s next on Litecoin’s roadmap

At the time of writing, Litecoin had not yet released the 2018 version of its roadmap outlining the upgrades and developments planned for the next 12 months. Keep an eye on the Litecoin Core website for details of what the development team will be working on in coming months.

However, one important piece of technology that could have a substantial impact on the price of LTC is LitePay. This Litecoin payment system is designed to offer an easy way to accept Litecoin payments, store and spend Litecoin securely, or turn LTC into dollars with the LitePay debit card. While not an official Litecoin project, Lee confirmed on Twitter in January 2018 that the Litecoin team works “closely” with LitePay.

The system was scheduled to launch on 26 February 2018, but was postponed indefinitely at the last minute “due to recent hostile actions by card issuers towards crypto companies”. In other words, it was postponed in response to several major banks prohibiting their customers from buying cryptocurrencies using their credit cards.

This resulted in a price dip for Litecoin and means that a new launch date will need to be announced in the future. If successful, LitePay could potentially drive further adoption of Litecoin as a viable alternative to fiat currency, so this is one development to keep a close eye on.

Beyond 2021: What does the future hold for Litecoin?

Predicting the future performance of any cryptocurrency is an extremely difficult task. In the case of Litecoin, there are a few key opportunities and challenges that could impact the coin’s value in the months and years ahead.

Launched in 2011, Litecoin is one of the oldest and best-established crypto coins out there. This means it’s widely available on a wide range of exchanges, has a reputation for credibility and also offers some key advantages when compared to bitcoin.

That said, it faces stiff competition from a host of other coins and, like all cryptocurrencies, faces a battle to achieve widespread adoption. The launch of LitePay, should that ever successfully occur, could be a key factor to support growth.

It’s also worth pointing out that Litecoin founder Charlie Lee made headlines in December 2017 when he announced that he had “sold and donated” all of his Litecoin holdings. This caused a backlash from some quarters, with critics pointing to the fact that Lee had cashed out when LTC was trading at five times the price it had been a month previously, and that he had also caused uncertainty about the future of Litecoin.

In his announcement, Lee wrote that it was a “conflict of interest” to hold LTC and tweet about it because he has so much influence. “I have always refrained from buying/selling LTC before or after my major tweets, but this is something only I know. And there will always be a doubt on whether any of my actions were to further my own personal wealth above the success of Litecoin and crypto-currency in general.”

Lee also pointed out that he would continue to spend all his time working on Litecoin, and some commentators have even suggested that Lee’s sell-off should help LTC in the long run.

Just like bitcoin, Ethereum and other popular cryptocurrencies, it’ll be very interesting watching the future of Litecoin unfold. Market competition and the battle to break into the mainstream are key obstacles, and the success (or lack thereof) of the LitePay system could have a big impact on Litecoin’s growth.

As always, remember that cryptocurrencies are speculative and complicated, so make sure you thoroughly research all the pros and cons of Litecoin before deciding whether or not you should buy.

How to buy Litecoin 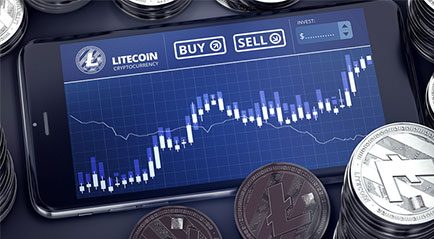 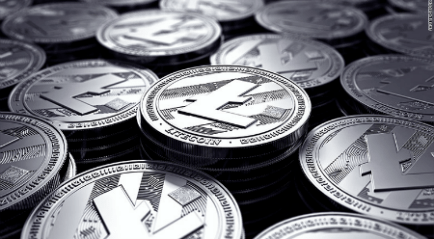 Was this content helpful to you?
Thank you for your feedback!
Best Litecoin (LTC) wallets

We asked 30 panelists for their cryptocurrency price predictions, the outlook for DeFi and how long they think high returns on yield farming might last.

Binance Futures guide: How to trade BTC, ETH and more

Learn how to trade futures contracts on Binance with this visual step-by-step guide.

How to buy, sell and trade Aeon (AEON)

Your guide to the European cryptocurrency exchange BitBay, which allows users to buy and sell 11 popular digital currencies.

Your guide to the QRYPTOS cryptocurrency exchange, the coins it allows you to buy and sell, and its pros and cons.