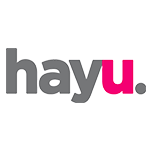 Owned by NBCUniversal, hayu is a streaming service similar to the likes of Netflix. The user pays a monthly fee and gains access to the platform’s library that they can watch to their heart’s content.

Unlike Netflix, which offers a diverse catalogue of TV shows and movies, hayu specializes solely in reality series. Niche streaming services are all the rage nowadays, each catering to a specific audience from horror fans (Shudder) to indie lovers (Sundance Now).

hayu launched in 2016 and steadily grew its library over time. It was available first in the UK with subsequent rollouts in Ireland, Australia, Norway, Sweden, Finland and Denmark. Finally, the service landed in Philippines in October 2018 with more than 6,000 episodes of glossy reality from TV channels like Bravo, E! and Oxygen.

What’s more, it offers same-day access to new episodes of popular shows as soon as they air in the US. That means no more waiting around for the latest episode of KUWTK, Vanderpump Rules or Below Deck.

How much does hayu cost?

Here’s the good news – hayu is fairly cheap. Given its niche approach, the service has a lower monthly price than Netflix or Crave. It costs $5.99/month with a one-week free trial available so you can test-drive the platform prior to spending your cash. There are no contracts, which means that you can cancel your subscription anytime.

The platform hosts over 6,000 episodes from more than 200 reality shows, so there’s a good chance you’ll stumble upon your favorite. You can binge all 15 seasons of Keeping Up with the Kardashians, several series from the Real Housewives franchise as well as other popular titles like Vanderpump Rules, Bethenny Ever After, Below Deck: Mediterranean, Rich Kids of Beverly Hills and more.

Unlike services like Netflix or Amazon Prime Video, hayu doesn’t offer any original content. However, the platform is well-integrated with social media thanks to the “Snippets” section.

Here, you’ll find short edited videos you can share with your friends on Facebook, Twitter or email. There’s also “Stories,” a fun section with listicles, quizzes and news from the reality TV world.

Need a new show to binge watch or catch up on? Here’s the full list of shows on hayu.

hayu offers a free 7-day trial for you to try out the features and see whether hayu offers shows that you like before purchasing a plan. hayu did previously offer a one month free trial, however it was reduced to a week long offer as of 12 April 2021.

If hayu’s content fails to meet your desires and expectations, its no-lock-in contracts mean you can cancel anytime.

Binge over 6,000 episodes of reality TV, including Keeping up with the Kardashians, Made in Chelsea and Real Housewives.
Get deal

You can access hayu via a dedicated iOS or Android app on your mobile device, or on the web through a compatible browser.

However, for those who like their reality TV on the big screen, hayu does have an app for the 4th generation Apple TV, which offers support for high-definition streaming of the latest reality shows. Plus, you can watch using Android TVs, Amazon Fire TV, Samsung TVs and Roku.

The hayu app also supports streaming content over Chromecast or Airplay to the big screen. However, if you’ve downloaded an episode of your favourite hayu show, you’ll need to watch it on your mobile device.

What is hayu’s streaming quality?

hayu can deliver your daily dose of Kardashians in different streaming qualities up to HD, depending on your Internet connection. Like many similar services, hayu uses adaptive streaming technology to maximise the viewing experience based upon your connection speed and the device you’re using to watch.

However, unlike some other streaming services there’s no way to manually set the stream quality while watching on a mobile device. For users with low data allowances on their mobile plans, this can be potentially dicey.

hayu does offset this by offering the ability to download episodes to your mobile or tablet devices for offline viewing. Videos are available to download to your device in either SD (approximately a 300MB download), or HD (about 700MB).