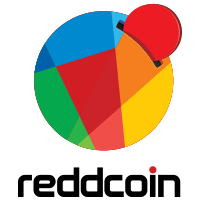 Where to buy Reddcoin (RDD) in the Philippines

All about Reddcoin. How it works, and where and whether to buy.

Reddcoin is a social coin, specifically designed to tie into existing social media platforms. There it can be used as a tipping system, gifts and a monetary way of showing appreciation for high quality content.

Reddcoin is defined by:

Where to buy Reddcoin

How does Reddcoin work?

Reddcoin was designed to be used on social media platforms like Facebook, Twitter, Reddit and anything else. It takes the form of a Chrome extension rather than any partnerships. This is so that it can be used almost anywhere, and so that Reddcoin remains independent and decentralised.

To properly facilitate microtransactions, Reddcoin can be used with zero transaction fees.

Appropriately, the Reddcoin development team conducted some social engineering to help get its currency off the ground.

The coin first launched on 2 February 2014 with a standard proof of work mining system, a hard cap of 109 billion coins and only a few billion in circulation.

Then in April, it surprised its users by switching to a proof of stake velocity (PoSV) system, as planned all along. It also announced that it would actually have no coin limit and a 5% annual inflation rate.

The surprise switch was done to prevent the coin hoarding that often goes with proof of stake systems, and start with a more egalitarian economy.

“The mere knowledge of the eventual adoption of PoSV or PoS will lead to people hoarding from the very beginning. To achieve a fair and wide distribution, an element of surprise… [is] indispensable” the whitepaper explains.

The plan was largely successful, and Reddcoin started off with a relatively equal wealth distribution at the time, compared to other cryptocurrencies.

Earning the RDD staking rewards is as simple as holding coins in an online RDD wallet. By doing so you’re automatically helping to maintain the network.

The rewards given work out to an average of 5% annual inflation across all users. But some people will be earning above 5%, while others will be earning below. Naturally, more coins means higher returns on investment.

RDD coins age at a rate of 1 coin-day per real day. But every month their rate of aging is cut by half. Basically, they have a half-life of one month. So if you held an RDD coin for an infinite amount of time it would be almost two months old.

Your maximum stakeholder reward is affected by the half-life of coins in your wallet. This discourages hoarding. For higher rewards, you’ll want to keep your coins fresh and under 1 month of old.

Should I buy Reddcoin?

One of the main problems with cryptocurrencies, which makes some of the most popular look a lot like bubbles, is that they’re simply being hoarded as collectables rather than actually used.

The PoSV system is an exceptionally clever way of overcoming this, and it works well in combination with Reddcoin’s exceptionally easy and accessible staking system.

Reddcoin is one of the few currencies that anyone could theoretically get into, and start earning returns on, without actually needing to buy any.

While this might seem like bad news for its prices, the Reddcoin ideal is that a lively economic system will create more value in the long run. If you subscribe to that theory, then this free accessibility probably looks like a major advantage.

It’s also worth considering that social media currencies have been around for a while. Likes, shares, retweets and similar metrics of appreciation have always held a certain kind of value, and Reddcoin might not be that different. In a way, it simply adds a more reliable value to those elements.

Even if it seems far fetched, and of dubious value, Reddcoin’s accessibility and potential for easy staking returns are likely to attract users and grow the coin’s value over time.

On the other hand, the vast majority of any social media community doesn’t really get involved. The number of active posters on any forum or platform is dwarfed by the number who simply watch silently. And the number that actually create useful content, worthy of reward, is even smaller.

There’s potential for abuse within the Reddcoin ecosystem, and it’s not clear whether people could skirt the coin age measurements by just transferring them back and forth between multiple people, or multiple wallets of one’s own.

And even without a monetary incentive to do it, a lot of people are perfectly happy to create multiple identities on social media platforms.

And adding a unit of actual value to social media, rather than just likes, shares, retweets and other “free” signals, will change the way people act. This will become more pronounced if the coin’s value grows.

Reddcoin is an extremely clever and well-designed social coin, but it’s difficult to imagine it going far. And if it does, you might want to be at a safe distance.

Was this content helpful to you?
Thank you for your feedback!
How to buy Dragonchain (DRGN) in the Philippines Where to buy Kucoin Shares

Learn more about Hedera Hashgraph and how to buy HBAR in this guide.

Learn more about Synthetix, including how it works and where to buy it.

How to buy, sell and trade Aeon (AEON)

Learn more about the Deribit exchange for trading cryptocurrency – find out whether it’s right for you.