What is Ethereum? The beginner’s guide to ETH

Learn all about the Ethereum network, including where to buy its ETH token and how to use it.

There is no way you’ve missed seeing Ethereum mentioned if you’ve been involved in any way with cryptocurrencies. And with good reason.

Ethereum began out of a need to see bitcoin’s underlying technology – the blockchain – used for something greater than simply sending currency from one user to another. Vitalik, the creator of Ethereum, built the system to be a “world computer” incorporating a virtual machine (EVM), a Turing-complete language (Solidity, Viper), a token (ETH), and fuel (gas).

In this guide, we’ll look at all these aspects, how they relate to each other, and why Ethereum is taking the world by storm.

When most people talk about Ethereum, they are really talking about Ether (ETH), the underlying token currency of the Ethereum platform.

Why people confuse Ethereum with Ether

This confusion stems from the fact that bitcoin and its underlying technology, the blockchain, were never really defined separately when bitcoin launched. The idea was that the blockchain would be little more than the system that allows the transfer of BTC between users, and Satoshi, the creator of bitcoin, intentionally limited the blockchains capabilities for security purposes. But the coin and the blockchain are two very different things, capable of acting and being used independently.

Ether, traded under the code ETH, can be purchased at exchanges and used to pay for products and services at most merchants that accept cryptocurrencies. After all, it’s the second biggest cryptocurrency by market cap at the time of writing.

Ether is also used to pay for transaction fees and for computational services when using the Ethereum network.

Ether is mined similarly to bitcoin, i.e. you set your computer to attempt to solve the question present on a particular block in the blockchain. Once you find the answer, you get paid in ETH.

However, the goal of Ethereum is to be something greater than a coin. Not happy with how the blockchain technology was being underutilized by bitcoin, the creators of Ethereum set out to truly take the blockchain to the next level. They envisage a method to decentralize the Internet itself.

Why a decentralized system?

To understand what a decentralized system is, you need to understand how our current networking systems work, which are centralized systems. Let’s say you have an online account where you store photos. Let’s call it “CloudPhoto.” You can upload photos to CloudPhoto, and you can access those photos from anywhere. Now let’s say something goes wrong, and CloudPhoto’s servers burn down. Unfortunately, you can’t access your photos, and all are lost.

This is a centralized system. Usually, we mitigate this scenario by creating backups of our data, making copies of the same data and storing them elsewhere or by keeping different groups of data on different servers. This decentralizes the system.

Decentralization is also beneficial in cases where you need to maintain the integrity of data. For example, keeping all the student grades at a school on one computer is a problem, because if someone hacks into that computer and changes those grades, then there would be no way to catch the change. If ten different computers held onto the student scores, it would be easy to recognize that one of the computers holding the data is wrong, and consequently fix that data set.

So a decentralized system is one where there is no single point of failure. This has many obvious advantages, and you need to keep that in mind when considering Ethereum.

As discussed in the “Why a decentralized system?” section, centralized systems suffer from single points of failures. If something were to happen to eBay, and they didn’t have any backups, you would lose all evidence of your hard-earned success. Decentralized Apps run on the blockchain and make use of it to maintain data scattered across all users of Ethereum. The data sets are, of course, encrypted so as to not be accessible by everyone, but everyone would be able to verify and validate the data if the need arises.

There are already many DApps, from online gambling to prediction markets and social media platforms, and most likely there are many more to come.

Smart contracts are the basis of the Ethereum ecosystem and platform: someone creates a contract with rules and triggers, and the smart contract executes when the trigger event occurs, as long as all the rules can be enforced.

The Decentralized Autonomous Organization, or DAO, was to be the crown jewel of the Ethereum smart contract and virtual machine ecosystem: a smart contract that was going to build a decentralized venture capital fund with the aim of providing funding for all future DApp development. People would invest into the DAO, and they would be allowed to vote on which DApps got funding, and which did not.

The DAO launched on 30 April, 2016 and within 28 days, it had accumulated more than US$150 million worth of ETH. The attack happened on 17 June 2016 and it worked by exploiting a loophole in the way investors left the DAO. If you wanted to leave the DAO (as an investor), you were allowed to take all the ETH you had invested after you returned the DAO tokens you had been given when investing (a sort of stakeholder system).

The problem was that the contract had two steps:

The hack was simple in hindsight: inject a step between step 1 and step 2 above where, before the transaction gets registered, the DAO would give the same user more ETH for the same tokens. 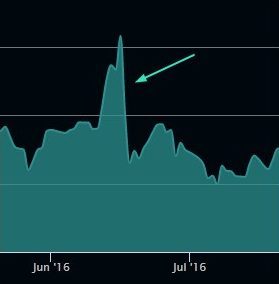 This is also when Ethereum Classic was born.

Ethereum Classic, ETC, is a fork of Ethereum, ETH, which came about as a result of the way the developers and community behind Ethereum decide to handle the DAO attack.

When developing a project, open source or closed, software developers often keep their code in one central location to avoid confusion and mismatched files. Other developers can modify and change these files, creating branches, then the changes are merged into what’s called the main branch, the original trunk.

They can also create what are known as forks. A fork is similar to a branch, but it’s often done with no plans to merge the code back with the original. This usually happens as a result of a philosophical disagreement over the direction of the product.

While this is not an open-source-specific concept, open source projects allow developers to fork and take a product in a completely different direction than intended, without violating copyright law.

After the DAO attack, the Ethereum community agreed that the best course of action was to hold the money taken by the hacker, and return everything to the people who invested in the DAO, practically rewinding the hacker’s attack. Many Ethereum users did not agree with this as, in their opinion, it went against the core philosophy of cryptocurrencies: the blockchain is immutable and should not be affected by the whims of its users.

Reverting the attack and forking the code to reset the blockchain went against the core philosophy that the code is law, and so many people stayed with the original blockchain, Ethereum Classic.

Where can I use ETH?

ETH has been on the rise since its inception and has been enjoying widespread acceptance by investors, exchanges and merchants. At the time of writing this, in September 2017, websites using cart software like WooCommerce and OpenCart can be set up to accept ETH payments and we will likely be seeing even more merchants popping up online that accept ETH.

But currently, in September 2017, the biggest use for ETH is as a stake in Ethereum.

How to transfer money with Ethereum

Transferring ETH works just as it would work with any other cryptocurrency:

Ethereum is trying to be bigger and better than simple currencies like bitcoin, but this might also be its downfall.

What’s next for Ethereum?

Ethereum’s roadmap is sprawling and ambitious. Apart from a strong drive to have ETH accepted by more merchants there are some promising things in Ethereum’s future.

POW is a system in which your computer works hard at some puzzle or other that helps maintain the integrity of the Ethereum platform, and your wallet is rewarded with some amount of ETH for your efforts.

POS works by having a user lock up a percentage of their ETH assets in order to verify a segment of transactions on the Ethereum network, from which the user would receive ETH (possibly as part of the transaction fees paid in every transaction). This is considered a fairer system than POW as it relies on the user having a stake in the platform instead of being able to purchase a strong computer that runs more computations than someone else’s.