Your options if you can’t pay estimated taxes today 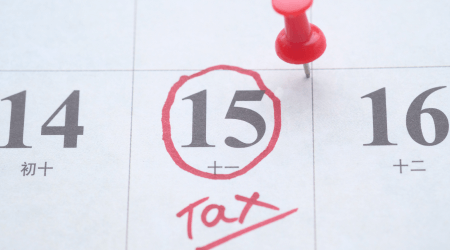 Quarterly estimated tax payments are due to the IRS by September 15th. Here’s what to do if you’re short on cash.

The third quarterly estimated payments for 2020 are due by September 15th — only two months after the July 15th deadline for Q1 and Q2 payments. If you’re short on cash or scrambling to come up with enough, here’s what you need to know, including the consequences of not paying and alternative options you can use.

What happens if I pay late?

Generally speaking, the amount of estimated taxes due for the quarter will be considered unpaid taxes until the IRS receives your late payment, which means you’ll incur a penalty and have to pay interest on the unpaid amount. So it’s likely in your best interest to pay as much as you can as soon as you can to minimize your penalties and interest charges.

The standard IRS penalty is 0.5% per month (or any part of the month), up to a maximum penalty of 25%, and the interest rate for the second half of 2020 is 3% per year, prorated by the number of days unpaid.

In most cases, the IRS will calculate the amount of your penalty and interest, and let you know via a mailed letter.

If you’ve been directly affected by a casualty, disaster or unusual circumstance, you can request your penalties and interest be waived, though the IRS must approve a waiver.

What happens if I pay less?

Similarly to paying late, the portion of estimated taxes remaining after your underpayment will typically be considered unpaid taxes, so penalties and interest will accrue on that amount until you’re all caught up with your estimated tax payments.

However, if your income is irregular over the course of the year, you may be able to adjust your estimated tax payments unevenly as well. You can find out how to do it by reading the instructions for IRS Form 2210.

What happens if I don’t pay?

As with paying late or underpaying, you’ll face similar penalties and interest for skipping a payment unless you meet any of these conditions:

If you don’t fall into either of these categories, you could still get a break from the IRS if:

What to do if you can’t make your estimated payment

If you can’t make your estimated tax payment, don’t panic. You have a couple of options.

Who has to pay quarterly estimated payments?

Anyone with income not subject to tax withholdings is required to make quarterly estimated tax payments if they expect to owe at least $1,000 when they file their tax return. This often includes income from:

That said, you don’t have to make quarterly estimated payments if you’re a US citizen or resident and didn’t have a tax liability for the previous year, according to the IRS.