Where to watch Frozen 2 in New Zealand 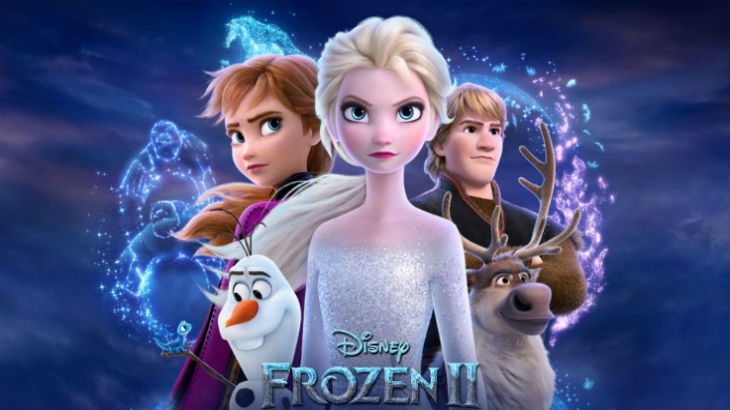 With Disney+ now available in New Zealand, is the box-office hit Frozen 2 already on the platform?

Update: Disney has released Frozen 2 on the streaming platform three months early. The movie has been available to stream on Disney+ New Zealand from 17 March.

Disney is smashing records left and right with its new theatrical releases. Frozen 2, which came out in late November of last year, quickly replaced the 2019 live-action The Lion King for the highest-grossing opening ever for animated films.

As the weeks went by, the musical fantasy continued to make waves, climbing even higher on the list of the best-grossing films of the year. As a fun fact, Disney dominates the top 10 in this department with Avengers: Endgame, followed by The Lion King and Star Wars: The Rise of Skywalker. Frozen 2 ended the year by snatching the number four spot.

However, with the launch of online service Disney+, streaming enthusiasts are naturally wondering whether they can watch Frozen 2 from the comfort of their own home instead of heading out to the cinema.

While all Disney properties eventually become available on Disney+, this is only after they have finished their theatrical run and have been released on home entertainment (DVD and Blu-ray). That’s why recent titles like Aladdin and The Lion King took a while to arrive on Disney+ in New Zealand.

When did Frozen 2 become available on Disney+?

Following this logic, Frozen 2 had to finish its run in cinemas (which is typically around three months). A few weeks later, it came out on DVD. Usually, four months after that, it drops on Disney+.

As a result, we again calculated that Frozen 2 was scheduled to arrive on Disney+ sometime in late June or early July 2020. For future reference, the wait between a Disney title being released in cinemas and it dropping on streaming is seven months. The only exception to this rule used to be Avengers: Endgame. The DVD came out in August, so the superhero film was expected on Disney+ in December.

Disney+ moved to make the movie available at launch, one month earlier, likely to drive more sign-ups. Early reports about subscription numbers for Disney+ have far exceeded expectations. Over 10 million people signed up on opening day of the US launch.

Similarly, Disney decided to make Frozen 2 available three months early as well. The movie landed on Disney+ in the US on 15 March and debuted on Disney+ in New Zealand on 17 March.

Besides Frozen 2, there’s plenty of other content fans can watch or rewatch on the streaming service.

Frozen-related content on the platform includes the original Frozen movie (along with fun bonus content), as well as shorts Frozen Olaf’s Adventure and Frozen Northern Lights.

Is Frozen 2 any good?

Yes. While critics describe it as darker and less impactful than the original, the title received positive reviews and currently has a 77% score on Rotten Tomatoes.

If you’re unfamiliar with the plot, the movie follows Elsa, Anna, Kristoff, Olaf and Sven as they embark on a magical journey to discover the origin of Elsa’s powers. The movie has a lot of heart and plenty of action, so it should delight viewers of all ages.

Disney+ offers plenty of TV shows and movies the entire family can enjoy. You can plan a marathon with heartwarming Pixar flicks, hilarious comedies,Star Wars and Marvel titles.

Disney+ comes with a free seven-day trial, so you can check out the entire library for yourself and decide if the platform is right for you.