Which directors have made the most loved films?

We answer this question with data 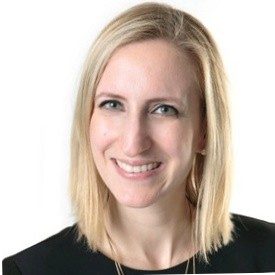 We dug deep into IMDb data to see which director’s movies have had the best reaction from their viewers. Analysing over 80,000 titles with 100 votes or more, we found that the average score is 6.1. Bear that number in mind as you read on.

Average IMDb score for a movie.

The directors listed in the table below have the highest average IMDb scores of all directors with 10 or more titles to their name. At the top sits Christopher Nolan, with an average IMDb score of 8.3. His scores range from 7.2 with Insomnia up to 9.0 with The Dark Knight. Of the 10 movies he’s directed, seven have made it into the IMDb top 250, so while he may not have won an Oscar yet, this guy is clearly the people’s choice.

In fact of the 20 people listed above, only nine have won an Oscar: Hayao Miyazaki, Quentin Tarantino, Stanley Kubrick, Charlie Chaplin, Peter Jackson, Martin Scorsese, William Wyler, Billy Wilder and David Lean. It seems that popularity with the masses doesn’t quite translate into popularity with the Academy of Motion Picture Arts and Sciences​.

All directors included in this analysis also have at least one title with over 25,000 votes, the same threshold required for a movie to enter the IMDb top 250. The worst director we found that fulfilled this criteria was Uwe Boll, with 30 movies under his belt, and an average IMDb score of 3.6. His movie with the highest number of votes, In the Name of the King: A Dungeon Siege Tale scored 3.8. After that comes Alone in the Dark with 2.3. Well done for plowing on anyway, Uwe.

If you’re curious about the stats for a particular director, have a search for them on the table below (ordered by number of titles, descending).

Michelle Hutchison is chief operating officer at Schebesta Ventures. She's an award-winning public relations pro and advisory board member, and has held multiple roles in Finder including global head of communication and compliance officer for Finder Ventures, and global head of communication for Finder. Michelle started at Finder in 2013 as the Australian head of PR and money expert. With more than a decade of experience in public relations, Michelle was formerly a journalist and editor, and has written for numerous publications including The Guardian, The Sydney Morning Herald, Mamamia and New Idea.