Frank Corva
Disclaimer: This information should not be interpreted as an endorsement of cryptocurrency or any specific provider, service or offering. It is not a recommendation to trade.

The Ledger Nano S Plus hardware wallet provides the same level of security as Ledger's original hardware wallet — the Nano S — but with most of its premium Nano X features.

But the device hasn't made any headway with mobile device compatibility, and you can only stake a small selection of tokens via the device's native Ledger Live interface.

You'll find the following items inside the silver-colored metallic box: 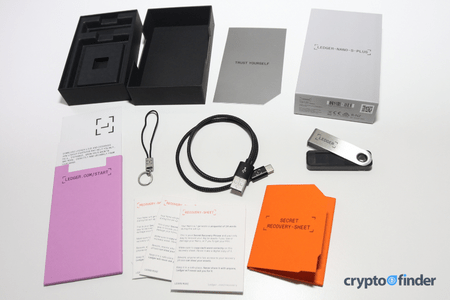 The Ledger Nano S Plus sells for US$79 through Ledger's official website.

Though slightly pricier than Trezor's equivalent entry-level wallet, the Trezor One, it features a range of additional capabilities that make the extra outlay worthwhile for most people.

Where to buy the Nano S Plus in Nigeria

Purchase the Nano S Plus directly from Ledger's website - and not from a third party - to reduce the chances of someone tampering with your device before it reaches you.

If being able to manage a wide range of coins is important to you, you'll be hard-pressed to find a better cold storage wallet. Trezor's range of wallets comes in next best with support for around 1,800 assets. If you have NFTs on other blockchains, that's fine. You can still pair your Nano S Plus with a software wallet like MetaMask. Doing so will let you manage NFTs on a variety of different blockchains, but with the added security of your Ledger wallet.

All Ledger devices use Secure Element chips, which are also used in credit cards, passports and SIM cards. While this level of chip isn't a requirement for hardware wallets, Ledger opts to use it anyway.

Ledger states on its site that "going beyond EAL 5+ does not provide a higher assurance against attacks anymore."

One of the main differences between the two devices is that the Nano X is both Bluetooth enabled and iOS compatible while the Nano S Plus isn't. Also, the Nano X also has the added benefit of being able to operate on a battery without being plugged into a computer or mobile device.

In essence, you're paying an extra $70 for the Nano X's battery life and the convenience of its Bluetooth and iOS compatibility. Make sure that the box's shrink wrap hasn't been compromised before setting up the Nano S Plus. If it has, your device may be susceptible to a hack, and you should not proceed with setup. Here's how to store the private keys to your Bitcoin (BTC), for example, on your Nano S Plus:

Follow the same steps for whichever digital assets you'd like to manage via your Nano S Plus.

Staking with the Nano S Plus is easy enough, but only a handful of digital assets are available to stake using Ledger Live as an interface — a main drawback to using any of Ledger's wallets for staking.

One of its main drawbacks, though, is that you can only stake a handful of the cryptos whose keys you store on the device via Ledger Live.

Storing the keys to your crypto is one of the riskiest aspects of investing in the asset class. Do your homework on all available crypto wallets before deciding which is best for your assets and goals.

Hardware wallets are widely considered the safest way to store your crypto, particularly if you're a regular investor or plan on holding for the long term.
Go to Ledger's website

We full rate cryptocurrency hardware wallets by scoring each wallet out of 10 for 3 components: security, functionality and cost. Each component is weighted based on importance, as follows: 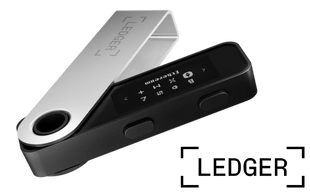