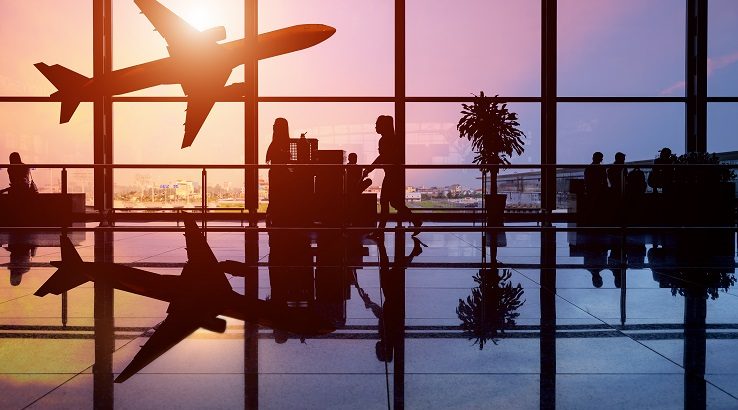 If you are flying on a Star Alliance flight through Tokyo Narita International Airport, you may want to check out All Nippon Airways’ new lounge. Scheduled to open March 29, the new lounge — the third for the Narita Airport — will improve access for passengers leaving or arriving from gates 21 through 25 in Terminal 1, as well as passengers taking buses to planes stationed in the outer bay areas.

“Like other ANA lounges that have been renovated in recent years, this new lounge at Narita provides a superior level of comfort to passengers departing from Narita Airport,” Hideki Kunugi, Executive Vice President of ANA, said in a press release. “Many of our passengers traveling through Asia pass through Narita Airport. Ensuring that these passengers can easily access one of ANA’s lounges no matter where they are located in the airport exemplifies ANA’s commitment to Japanese hospitality and passenger convenience.”

Star Alliance is the world’s largest airline alliance. The alliance’s American component is United Airlines. Other members of the alliance are Air Canada, Lufthansa, Ansett Australia, and Singapore Airlines.

All Nippon Airways is the largest airline in Japan by passengers and revenue. ANA is recognized as a 5-star airline — one of only 10 in the world — by UK-based research company Skytrax. The ranking, per Skytrax, “recognises high standards of Airport and Onboard Product, together with consistent and excellent standards of Staff Service delivery.”

5-star airlines are considered to be the equivalent of 5-star hotels. They are expected to have better food, more legroom, better lounges, and better service than lower-grade airlines. There are currently no 5-star airlines in North America; the highest-ranking airline on the continent is Air Canada with 4-stars. The major US airlines — American, Delta, and United — are all 3-star airlines.

As with all Star Alliance airlines, admission to ANA suite lounges is based on ticket class. First-class ANA or Star Alliance international ticket holders and a guest are admitted, as are ANA Diamond Service members and a guest. Additional guests — up to three — can also use the lounge in exchange for 5,000 frequent flier miles each.

The new lounge will be wheelchair accessible with priority seating areas. It will feature a wide array of food and beverage options — including a noodle bar offering a choice of ramen — and will endeavor to extend ANA’s tradition of hospitality.