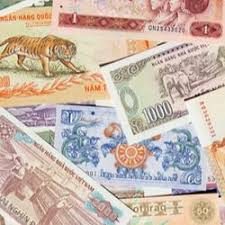 How can I send money to someone in a country with sanctions?

Sending money worldwide has never been easier – but what can you do when loved ones are in a country with sanctions?

Unfortunately, world politics can stand in the way of being able to help your friends and family in sanctioned countries.

As Malaysia is a member of the United Nations, our country commits and implements the sanction laws and regulations passed by United Nations Security Council, as well as the European Union and the U.S. Department of the Treasury’s Office of Foreign Assets Control through our domestic laws.

The sanctions prohibit Malaysians and companies from engaging in any activity involving sanctioned individuals, entities, countries or territories. Currently, sanctioned countries and regions are the Crimea region, Cuba, Iran, North Korea, Sudan and Syria. While you may discover options to get around these sanctions to support friends and family, the government often considers these to be illegal.

A note on Myanmar and Côte d'Ivoire

After many years of sanctions against Côte d’Ivoire (Ivory Coast), Malaysia officially lifted its long-standing trade sanctions in April 2016, in accordance with the UN Security Council. That said, many banks and money transfers have yet to establish themselves there. Before you complete your transfer, first confirm that your selected provider is able to fully deliver your funds.

On the other hand, Myanmar (sometimes called Burma) had sanctions lifted against it in 2012 but reinstated partly in October 2018. You’ll still be able to send money to Myanmar, but be wary of only sending money to friends and family you know well.

There are over a dozen countries that Malaysia has sanctions against, which you can read more about on the Ministry of International Trade and Industry (MITI)’s website, but only a few that you can’t send money to from Malaysia.

Sending money to sanctioned countries – and the potential consequences

There are ways that people have chosen to get around these economic sanctions. But we stress that doing so is illegal and exposes you to severe legal and financial penalties.

If you choose to route your money through a country that doesn’t have sanctions against your intended destination – the UK, for example – you could be charged by Malaysia with money laundering.

If you hold a bank account in another country as a resident of that nation, research the rules in place for sending money to a sanctioned nation from that account.

What is money laundering?

Money laundering takes illegally obtained money and attempts to conceal the source, destination or identity of those funds. In Malaysia, it’s illegal. If you’re convicted of money laundering crimes, you may face prison time or significant fines.

If you’re in doubt as to whether you can send money to a sanctioned country, always assume that transferring funds from Malaysia to a sanctioned nation is illegal unless a lawyer tells you otherwise.

For more information about sending money to these countries, look into the MITI’s list of sanction nations.

Was this content helpful to you?
Thank you for your feedback!
Review: Western Union Business Solutions Review: UAE Exchange Malaysia international money transfers

How to help the people of Ukraine from Malaysia

If you’d like to help, here’s a verified list of organisations accepting donations, plus other ways you can provide support.

Finder polled over 28,000 people in an online survey across 20 countries to compare NFT ownership and found Malaysia ranks 3rd for NFT adoption.

How to get free Bitcoin

Here are 8 legitimate ways to earn free Bitcoin. See which methods interest you, find out how to get started and grow your digital wallet.

Common Bitcoin scams (and how to avoid them)

Tax guidelines and regulations for large money transfers into India

Avoid potential headaches and tax issues with our guide to sending large amounts to India.

Tax guidelines and regulations for large money transfers into Philippines

Looking to transfer a lot of money to the Philippines? Protect yourself from penalties and save time with this guide.

Read our Wise review to see the exchange rates, fees and what to expect when you send a transfer.

PayPal allows you to send money to friends and family all around the world, read our review to learn more about this diverse service.

We go into detail on MoneyGram’s fast transfers to 200+ countries and territories worldwide.

Learn how Ria Money Transfer, the third-largest provider of international money transfers in the world, may help you get more money to your destination with competitive exchange rates and low fees.