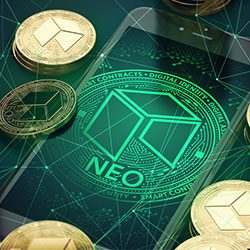 How to buy NEO and how it works

Tim Falk
This article contains links to products or services from one or more of our advertisers or partners. We may receive a commission when you click or make a purchase using our site. Learn more about how we make money.

A beginner’s guide on how to buy, sell and trade NEO in Malaysia.

Neo is a Chinese blockchain platform designed to provide a distributed network for the smart economy. Formerly known as AntShares and often referred to as China’s Ethereum, Neo enables the development of digital assets and smart contracts.

The Neo ecosystem has two tokens, NEO and GAS, which each perform important roles. For more details of how the Neo platform works and how you can buy NEO in Malaysia, keep reading.

You can buy NEO on a wide range of cryptocurrency exchanges, including:

A step-by-step guide to buying NEO

If you want to buy NEO, read on for step-by-step instructions on how to do it:

Step 1. Register for an account with an exchange that allows you to buy NEO

The first step is to search for an exchange that lists NEO in one or more currency pairings. Once you’ve found an exchange that meets your needs, you can sign up for an account by entering your email address and creating a secure password.

This is all you need to do before you can place a buy order on some platforms, but many exchanges require additional information (such as your full name, contact details and a valid form of photo ID) to satisfy KYC (know your customer) laws before permitting you to make a deposit and place a trade. It’s also important to enable two-factor authentication on your account for extra protection.

Unfortunately, many cryptocurrency exchanges don’t allow users to exchange fiat currency, such as Malaysian Ringgit (MYR), for NEO. This means that, in many cases, you’ll first have to own or buy a cryptocurrency that’s listed in a currency pairing with NEO, such as Ethereum (ETH) or bitcoin (BTC), and then use it to buy NEO.

Find the link for the markets section on your chosen exchange and search for the currency pairing you want, such as ETH/NEO. Next, click on “Buy NEO” and type in the amount of NEO you want to buy or the amount of MYR you want to spend.

The final step is to review the full details of your transaction, including the total cost, before finalising the purchase.

How to sell NEO

If you want to sell any NEO, you’ll need to follow a similar process to that outlined in Step 3 above, obviously making sure to click the “Sell NEO” link. Remember also that because exchanges don’t list every possible pairing for a particular cryptocurrency, you may not be able to directly exchange your NEO holdings for the currency you want.

Which wallets can I use to hold NEO?

Unless you’re preparing to place a trade, the security concerns associated with exchange-based wallets mean it’s not recommended to hold your funds on an exchange for an extended period of time. Instead, it’s generally a safer option to store your NEO in a secure wallet.

Founded in 2014 by Da Hongfei and Erik Zhang, Neo is a community-based blockchain project which, according to its official website, “utilises blockchain technology and digital identity to digitize assets, to automate the management of digital assets using smart contracts, and to realise a ‘smart economy’ with a distributed network”.

What does this mean in the real world? Well, Neo aims to provide the following features to users:

Though it started life as AntShares, the project was rebranded to Neo in June 2017. The Neo network has two cryptocurrency tokens:

To find out more about the NEO platform, check out our guide on NEO for beginners.

Key things to consider if you’re thinking about buying NEO

Cryptocurrencies are complicated and highly speculative, not to mention volatile. Before purchasing or holding any crypto, it’s critical that you thoroughly research a coin or token and familiarise yourself with all the risks involved.

If you thoroughly research the Neo platform and the pros and cons of the NEO cryptocurrency, you’ll be well placed to make an informed decision about whether or not to buy NEO.

Where is NEO headed? 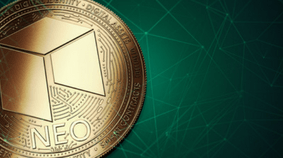 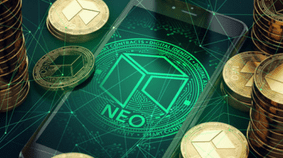 Was this content helpful to you?
Thank you for your feedback!
NEO (NEO) price prediction 2020

Multiroom speaker buying guide: How to find the best speakers for your home

How to choose a car GPS that best suits your needs.

Your guide to choosing the best large computer monitor for personal or professional use.