Crypto exchange on the blockchain

BitShares is a decentralised exchange platform for trading cryptocurrencies without leaving the blockchain.

While centralisation is understandable (exchanges have a need to tie cryptocurrency prices to real-life assets like USD or gold), there is also the need for a more decentralised, anonymous system, and that’s where BitShares comes in.

Online exchanges are centralised systems. The database is stored on servers controlled by the exchange alone, and you need to create verified accounts to use its services, usually involving scanning your passport or driver’s licence. Bitcoin and altcoins are still relatively young concepts and still suffer from wild swings. For this reason, there remains a need for a way to convert cryptocoins into a stable asset – often USD. xchanges serve this need by allowing users to buy and sell cryptocoins by converting from and to USD, EUR and most other common fiat currencies.

As of September 2017, BitShares are still not widely adopted, especially by merchants. So your only options for using BTS are to send coins to other users of BTS (as payment for products and services, or as a tipping platform) or to support the platform.

At the time of writing (September 2017), the value of BitShares still mirrors that of bitcoin as do most other altcoins. News and events that are positive for bitcoin will likely be positive for BitShares as well. 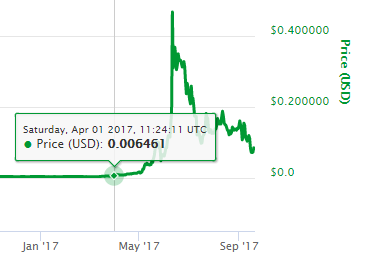 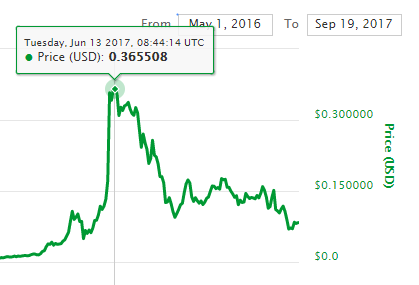 Its value fell shortly after, settling to just under US$0.15/BTS in September 2017. BTS was mirroring bitcoin’s decrease in value and the future value of BTS remains to be seen.

What is Power Ledger? A step-by-step guide to POWR What is an Initial Coin Offering (ICO) and how does it work?