Most fashionable cities in the US

Is your town on fleek, c'est chic or just plain meek?

When thinking about the most fashionable cities, your mind might first jump to places like Milan and Paris. But when it comes to the US, which city wears the pants? Finder scored cities across the country based on a number of fashion factors to find out who’s dressed to the nines.

The top 5 most fashionable cities

Want to see if your town made the list? Take a look at our table to see our top 15 fashion-forward cities. But first, a closer look at our top 5.

1. New York City, New York
It should come as no surprise that New York City seals the top spot as America’s most fashionable city, scoring 90.4 points. To put the landslide in perspective, its next closest rival scored almost 25 fewer points. But what makes NYC such a fashion mecca? The five boroughs are home to roughly 3,900 fashion-related outlets, with about 7% (280) of those outlets being luxury or high-end. People in the Big Apple are also hunting bargains online, with an average search interest of 80.8 out of 100 for the top fashion items of 2020. Interestingly, “sneakers” and “slipper” were the most popular items searched in NYC.

2. Los Angeles, California
Whether gussied-up on the red carpet or dressed down on the shores of Santa Monica, LA is synonymous with fashion and ranks as the second most fashionable city in America with a score of 65.7 points.

LA is home to about 3,000 fashion outlets, with roughly 6% (169) of those being luxury stores. As for search interest, LA scored 54.9 out of 100. Bizarrely, Angelenos were most interested in “gloves,” with a search interest of 79. Must be due to that inclement weather the City of Angels is famous for…

3. Oakland, California
Hop on the PCH from Los Angeles and head about nine hours north and you’ll hit the third most fashionable city in America: Oakland. Oakland scores 43.3 points and is home to about 1,600 fashion retailers, with approximately 5% (73) being high-end. Just like in LA, the item with the highest search interest in Oakland was also “gloves.”

4. Boston, Massachusetts
Back on the east coast is our 4th most fashionable city of Boston, which scored 42.9 with 1,100 fashion-related establishments and 5% (55) of them being luxury fashion retailers. Not unlike on the west coast, Bostonians share some similarities with their neighbors to the south with an affinity for “slippers.”

5. Chicago, Illinois
Rounding out the top 5 most fashionable cities in the nation is the Windy City. Chicago actually has both more fashion outlets (1,200) and is home to more high-end stores (66), but the average search interest in top fashion items dipped when compared to our other top cities. Unlike those from the west coast, it makes sense that Chicagoans were most interested in “gloves,” with a search interest of 78.

Most fashionable cities per capita

Though the list is dominated by larger cities, we also looked to see which cities came out on top on a per-capita basis. Only one of the previous top five made the list — Oakland, California came in first place as the most fashionable city per capita.

The other cities that made the top five most fashionable cities per capita were Honolulu, Hawaii; Orlando, Florida; New Orleans, Louisiana; and Norfolk, Virginia.

According to the data, the least fashionable cities in America are…

You can pinch pennies and have your fashion, too! Here are some frugal fashion tips from shopping expert, Gabrielle Pastorek: 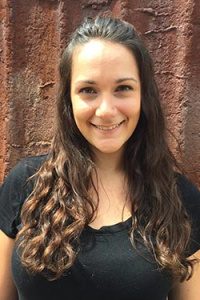 Gabrielle Pastorek
Shopping expert, Finder
No matter where you live, staying on top of the latest fashion trends doesn’t have to cost a fortune. In fact, you can often find threads from second-hand fashion sites that look nearly identical to designer brands. Some second-hand fashion sites offer discounted clothing and accessories from some of the biggest names in the business, like Chanel, Gucci, Burberry, Alexander McQueen and Hermès.

Another way to save on the latest styles is to sign up for fashion subscription services like Stitch Fix, Frank & Oak, Fabletics and Underclub. Most of these subscription services come with free shipping on your monthly box, plus deep discounts on new, on-trend clothing and accessories. Just make sure to pause or cancel your subscription if you find you’re getting more clothes than you can wear in a given month.

Finally, don’t forget about discount and outlet stores like Saks Off Fifth and Nordstrom Rack, which carry many of the same designers but at a fraction of the price.

To identify the most fashionable cities in America, Finder looked at the number of fashion-related establishments in each city along with keyword search trends for the top fashion items in 2020. We looked at US cities with a population of at least 200,000 according to the July 2019 Population Census.

Data on the number of fashion-related establishments in each city was sourced from Yelp’s Fusion API with business search endpoint and parameters ‘categories’: ‘fashion, All’ as of January 11, 2020. The category “fashion” includes accessories, men’s and women’s clothing and department stores, among other subcategories. For a detailed list of the included subcategories, please refer to Yelp’s category list documentation.

We defined “luxury fashion stores” as fashion establishments that were priced at ‘$$$$’ on Yelp in each city.

We determined the top fashion items of 2020 based on SEMRush’s Exploding Fashion Trends 2020. We picked two items from each of the categories Clothes, Accessories, Jewelry and Footwear: “red suit,” “black jeans,” “gloves,” “stockings,” “silver chain,” “earrings,” “sneakers” and “slippers.” For each fashion item, we looked at Google Trends data from January 1, 2020 to December 31, 2020 in each metropolitan area and averaged the search interest across each fashion item.