The top 20 most expensive NFTs

See the most valuable and expensive NFTs ever sold — from avatars to collages, and beautiful art to just plain weird.

Many nonfungible tokens (NFTs) put up for sale on NFT marketplaces sell for squat — but there are a handful that sell for millions of dollars.

Some notable NFT collections, like CryptoPunks, immediately come to mind for many, but digital artists like Pak and Beeple have multiple NFTs that passed the one million dollar mark.

We compared NFTs sold on various marketplaces and auction platforms, DappRadar NFT sales data and individual NFT ownership and sale history to find the 20 most expensive NFTs sold. Our list is sorted by dollar price at the time of sale.

There are exactly 10,000 unique CryptoPunks in the famous collection, and it was created before the ERC-721 standard. It's also credited for setting the precedent of 10K NFT collections.

This punk is a special case, and this sale is actually considered invalid. The owner of the punk bought the punk from themself using a loan, then repaid the loan in the same transaction ($532,414,877.01) around October 2021. On Larva Labs site, the jaw-dropping $500M transaction is crossed out in the NFT's transaction history. 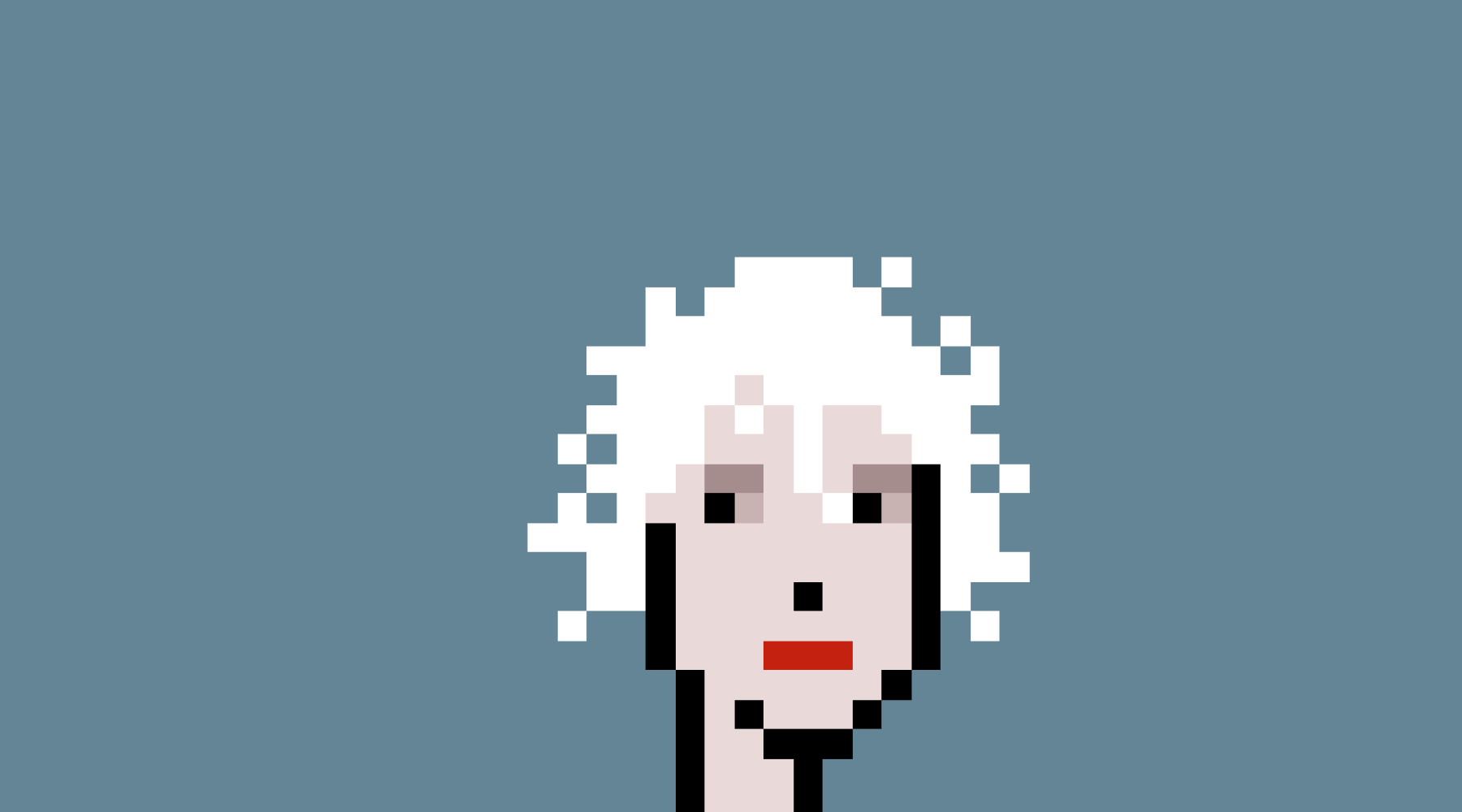 The actual value of this punk is estimated to be around $276K, according to DappRadar. It has the attributes of Wild White Hair, Black Lipstick and Clown Eyes Green.

This NFT "sale" is a good reminder to check an NFT's ownership history — a spike in value may not always be legit.

This NFT broke the record for the largest-ever public sale of an artwork by a living artist. Pak is a big name in the NFT game, selling NFTs on platforms such as Sotheby's, Nifty Gateway, SuperRare and more — and this isn't the only piece of theirs on this list. 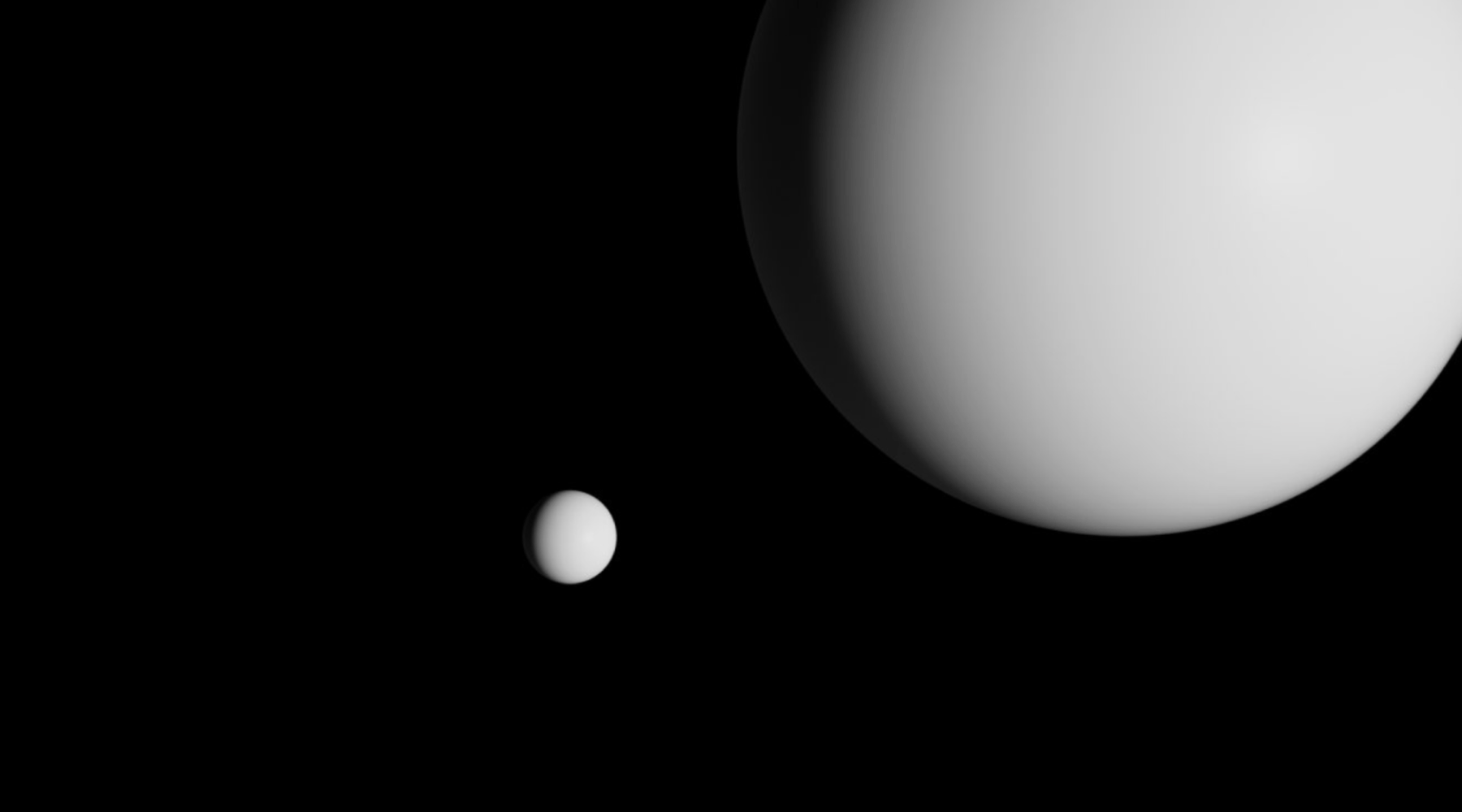 Beeple's — Mike Winkelmann — famous collage held the top spot for the most expensive NFT for months. Winkelmann started working on this collage in May 2007, posting art pieces continuously every single day for 13 years.

The artwork was exclusively offered at Christie's, an auction house founded in 1766 that specializes in fine art. It was bought for $69,346,250 by crypto billionaire MetaKovan. 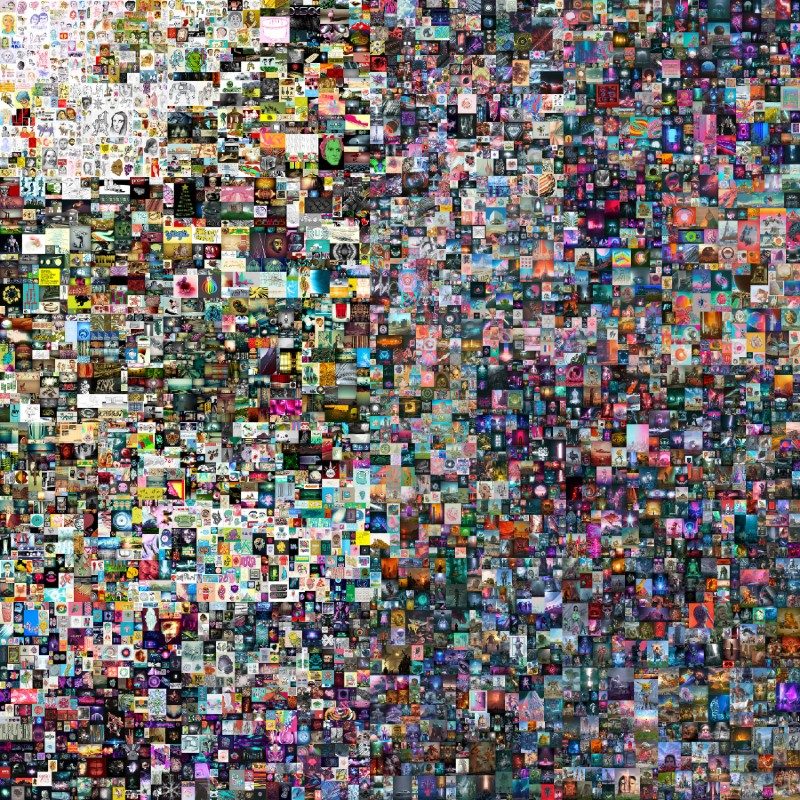 Following the sale, Beeple also amassed a huge number of followers, gaining 1.8 million on Instagram and bagging collaborations with brands such as Nike and Louis Vuitton, as well as musicians like Childish Gambino and Katy Perry.

Created by Pak and Julian Assange — the founder of WikiLeaks — this NFT counts down the number of days Assange has been imprisoned. In February 2022, it was bought for 16,593 ETH by 10,000 AssangeDAO contributors. 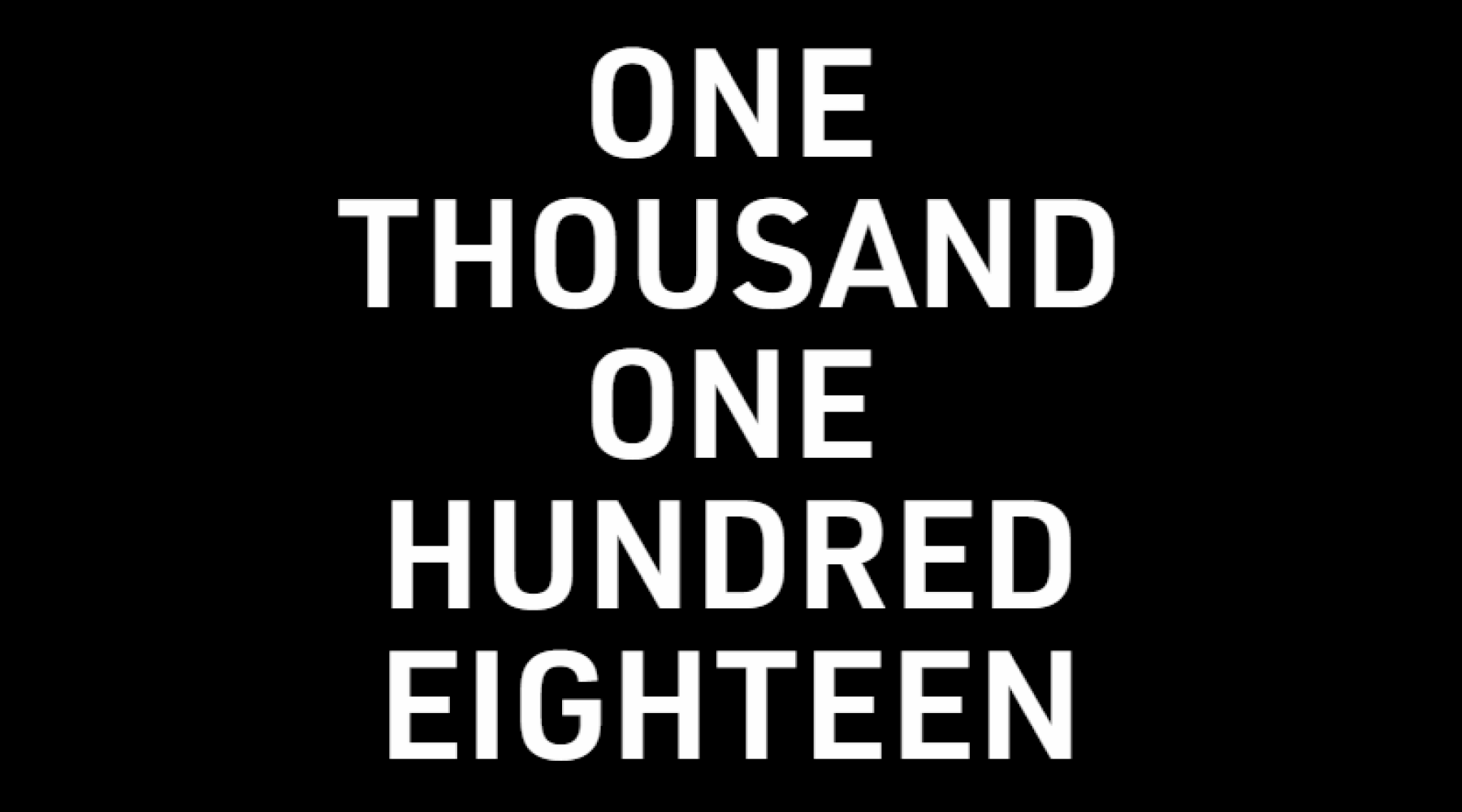 The HUMAN ONE is a dynamic NFT created by Beeple, and it sold for over $28 million in November 2021 at Christie's 21st Century Evening Sale. The piece is displayed in a kinetic video sculpture: four screens in a box on a constant loop. 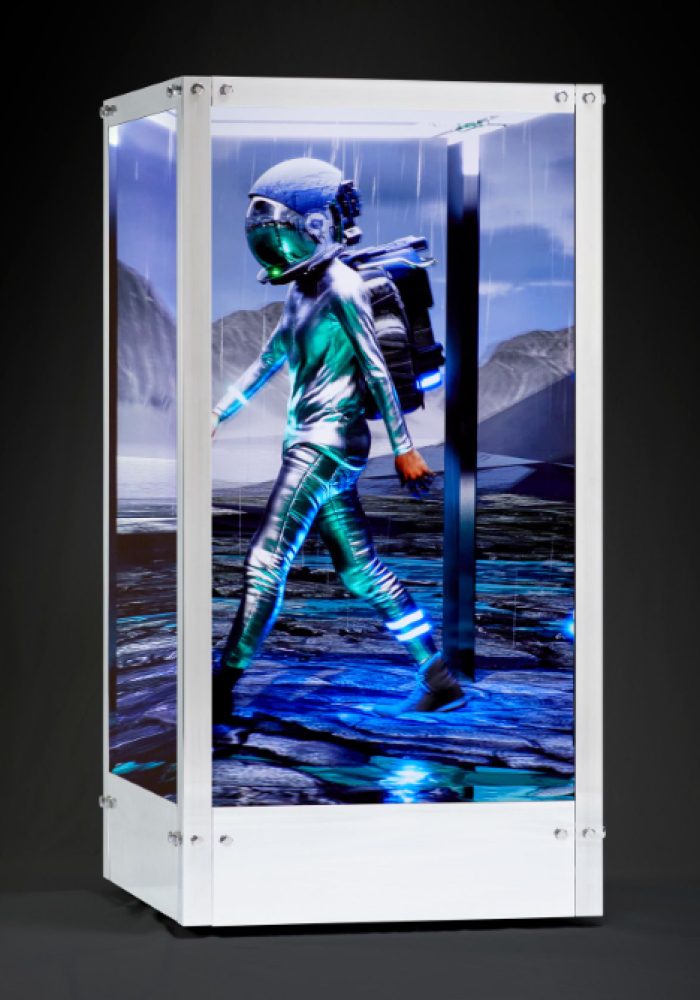 Beeple states that the inspiration for this piece comes from watching TV rollers, "We had a bunch of TVs on rollers in our studio and were rolling them around in different shapes and patterns," he told Christie's. He felt the configuration of screens was a "powerful canvas."

This isn't the first or the last time we have to talk about CryptoPunks on this list.

This punk is one of nine Alien punks, and only has one attribute, the Bandana. It's currently the most expensive CryptoPunk of all time. Deepak Thapliyal is the current owner, and he bought this punk using Compound Finance's DeFi Protocol (essentially a crypto loan). 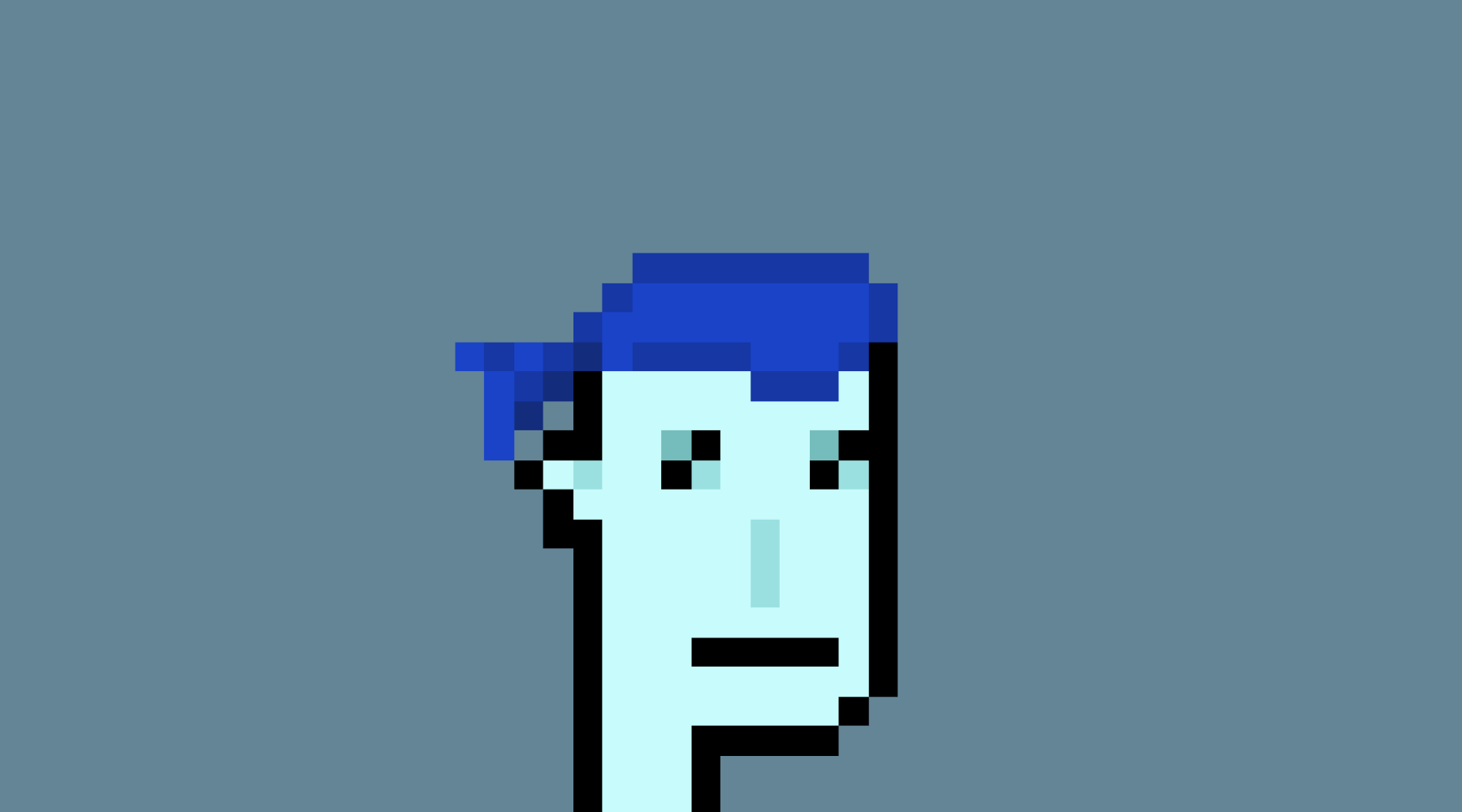 CryptoPunk #7523 is one of the nine alien punks, and has three attributes: Earring, Knitted Cap and Medical Mask. It's not for sale at the time of writing with no active bids. 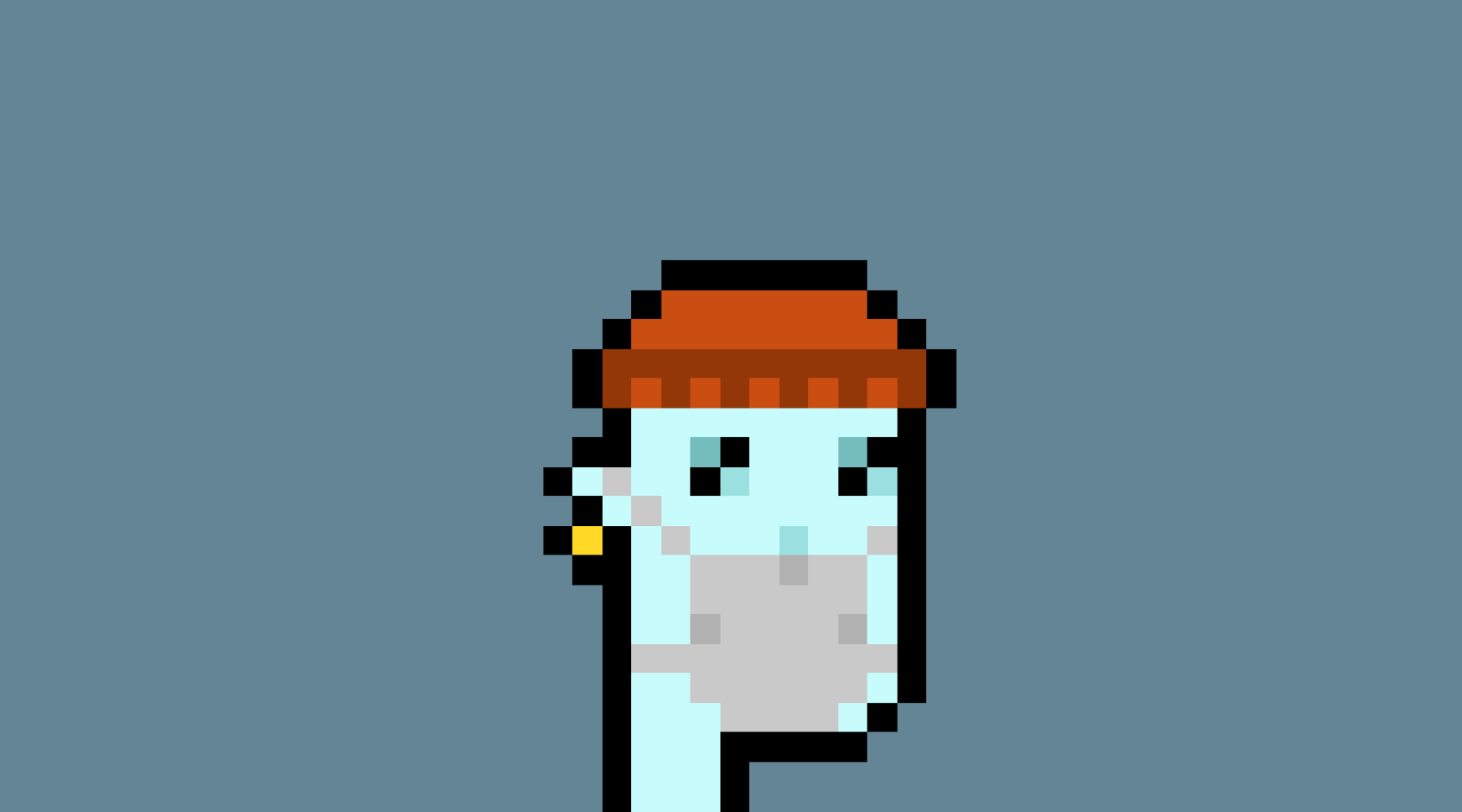 CryptoPunk #4156 is one of 24 Ape punks, with only one attribute, the Bandana.

It was bought in December 2021 for 2.5 ETH, or $7.05 million at the time of purchase, by user TheReal456. This punk is also not currently for sale and has no active bids. 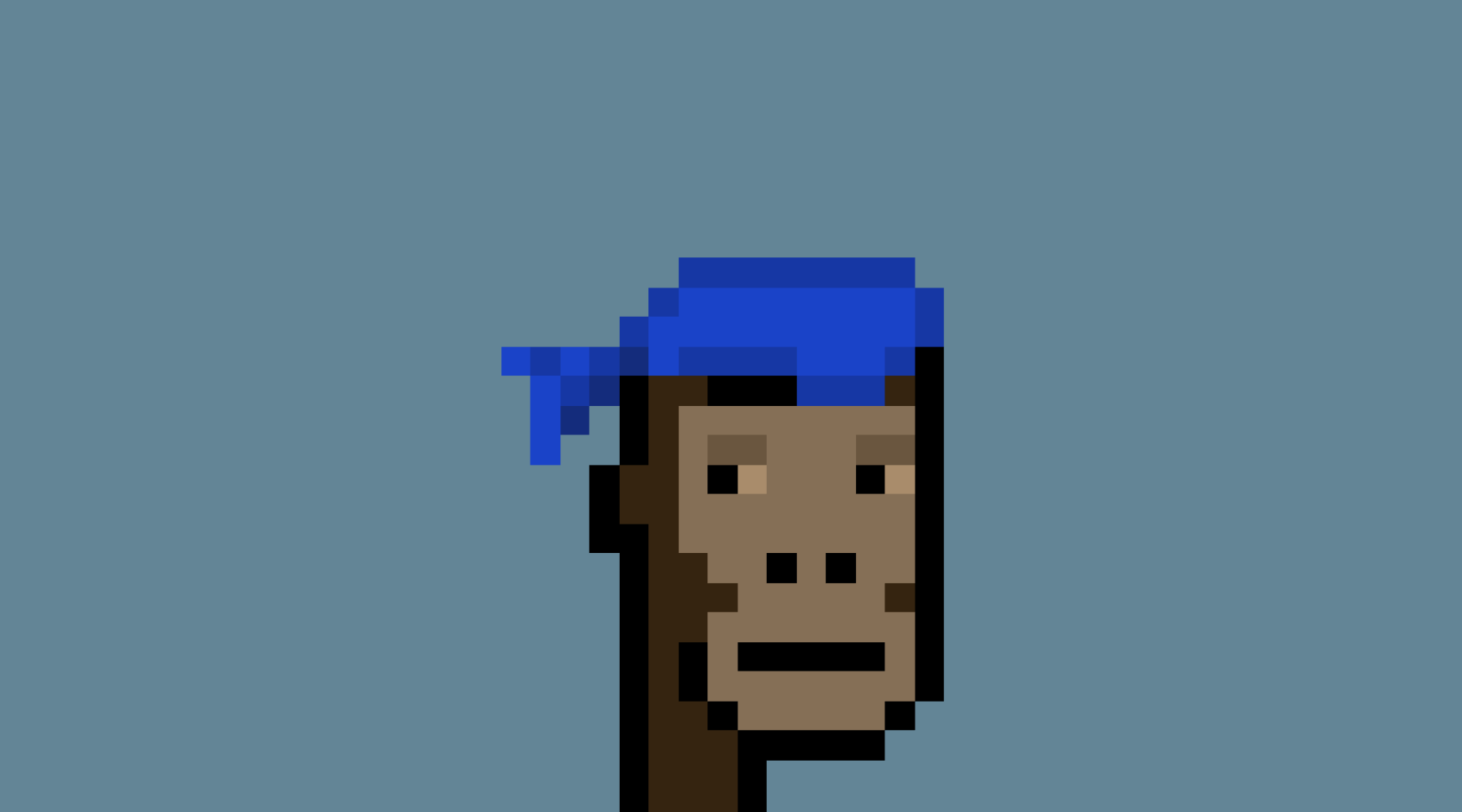 You're not seeing double — it's the third Alien CryptoPunk on this list. 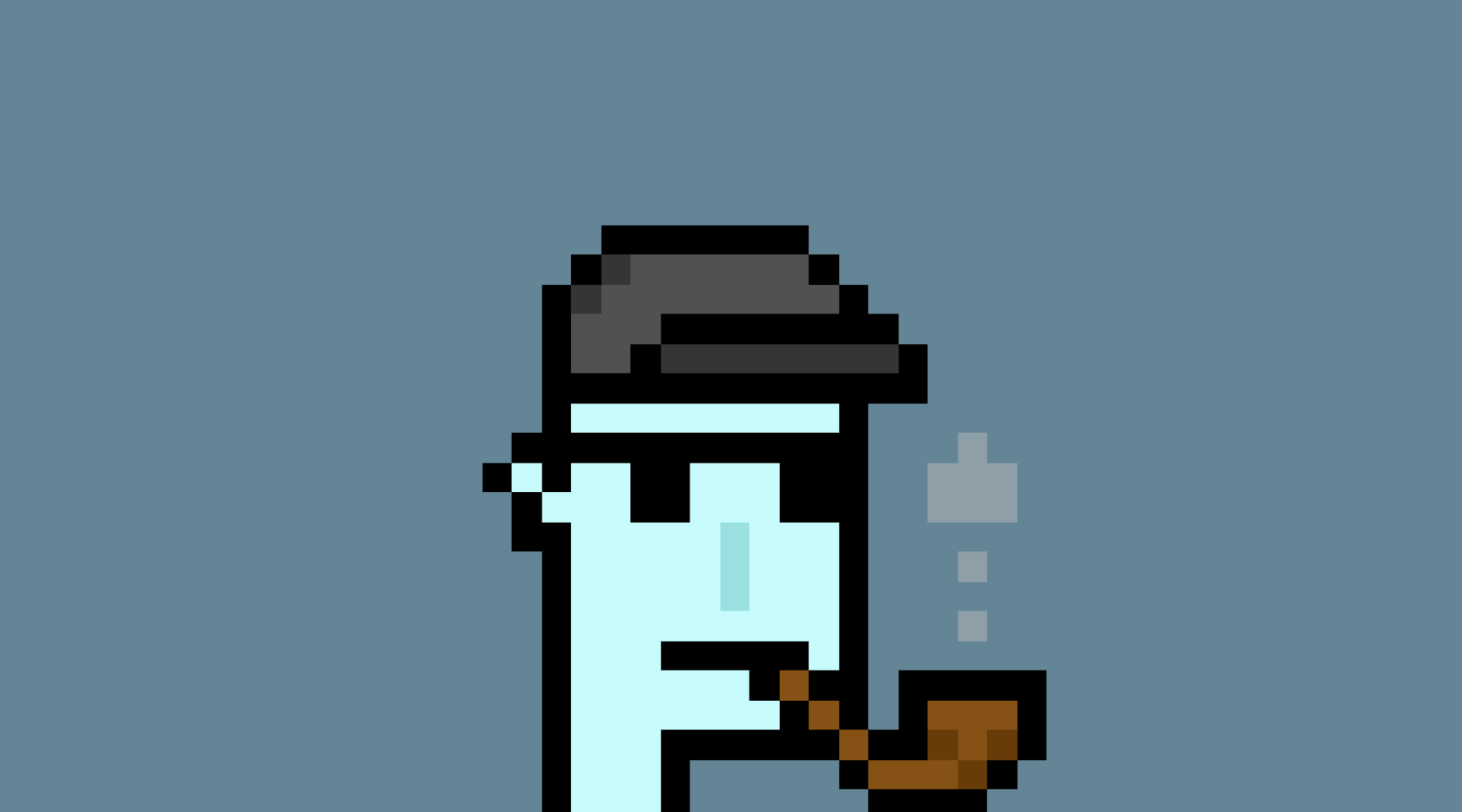 Still not done with punks.

CryptoPunk #3100 is another Alien punk, with its only attribute being the Headband. We only know the address of the owner, address 0x7b8961, and currently, this is the only CryptoPunk they own.

CryptoPunk #3100 has no active bids and is not for sale. 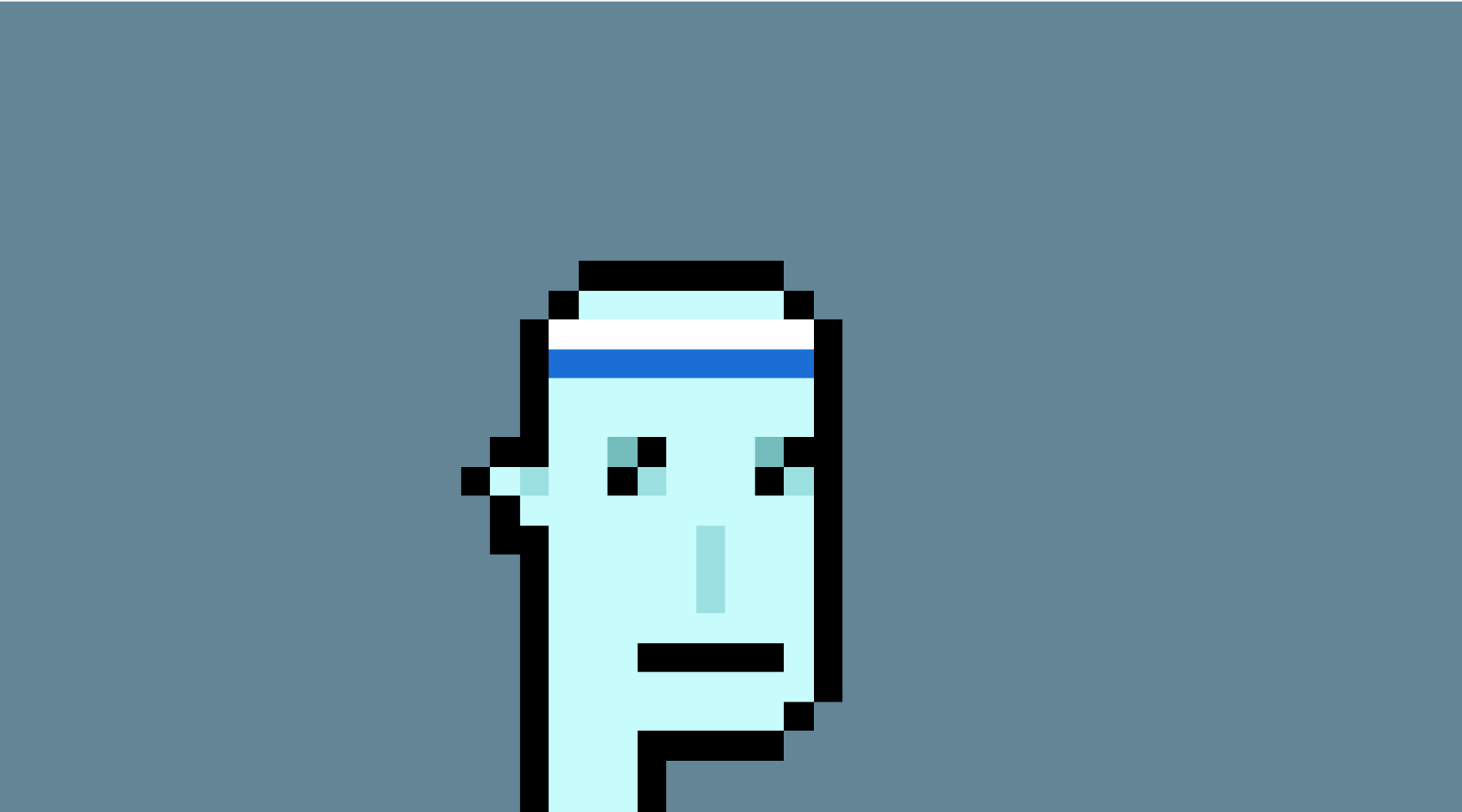 A brief break from the punks. This portrait GIF was sold for 1,600 ETH, or $7.09 million at the time of purchase, created by notorious NFT artist XCOPY.

XCOPY is a huge name in the NFT world. He regularly interacts with his fans on social media, is an original SuperRare creator, and known as a long-time digital artist and crypto enthusiast. 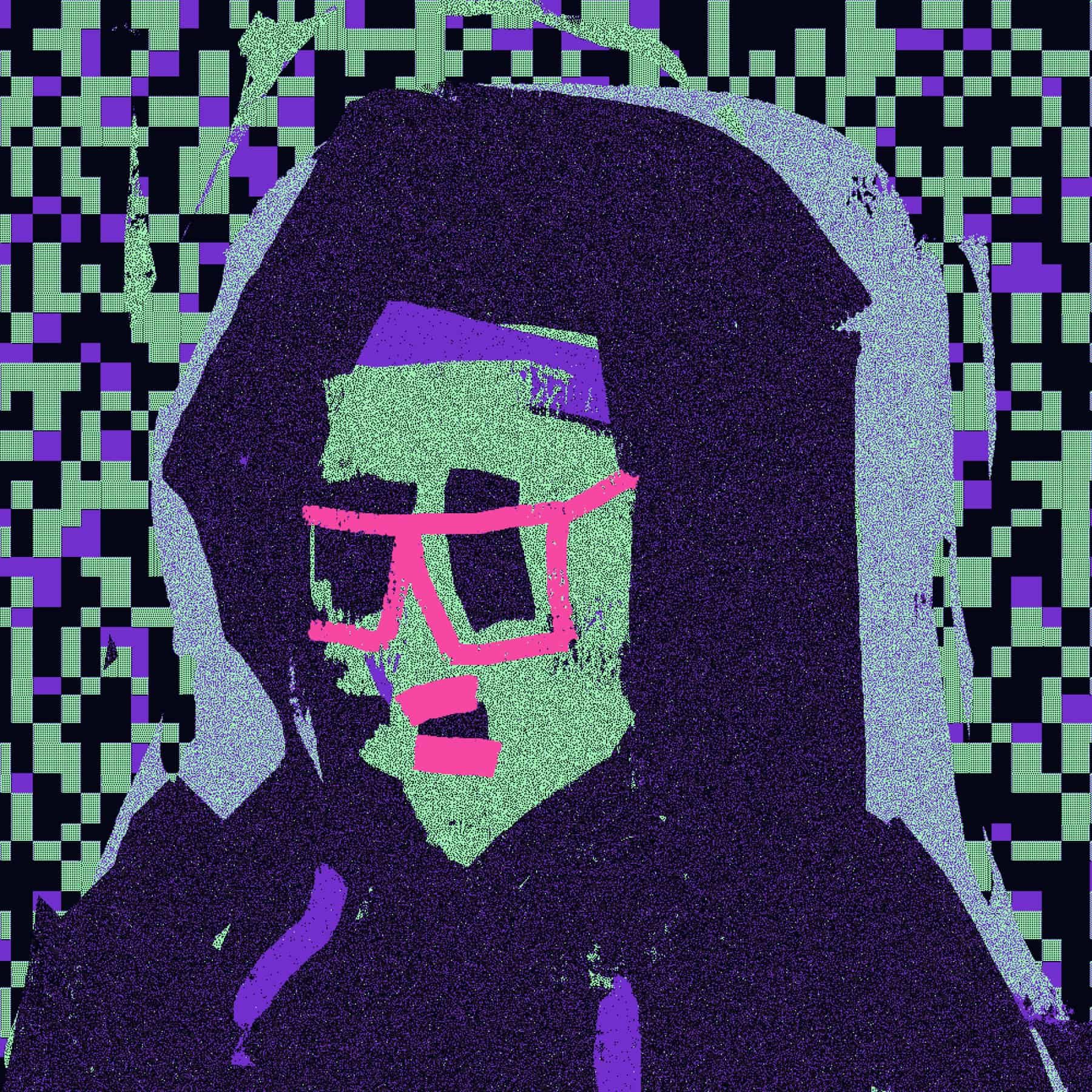 Created in 2018, there's only one edition of this NFT and it was listed on SuperRare. The description of and title are pretty funny, openly mocking non-NFT enthusiasts — the description reads "Why would I buy it when I can right click and save as?" 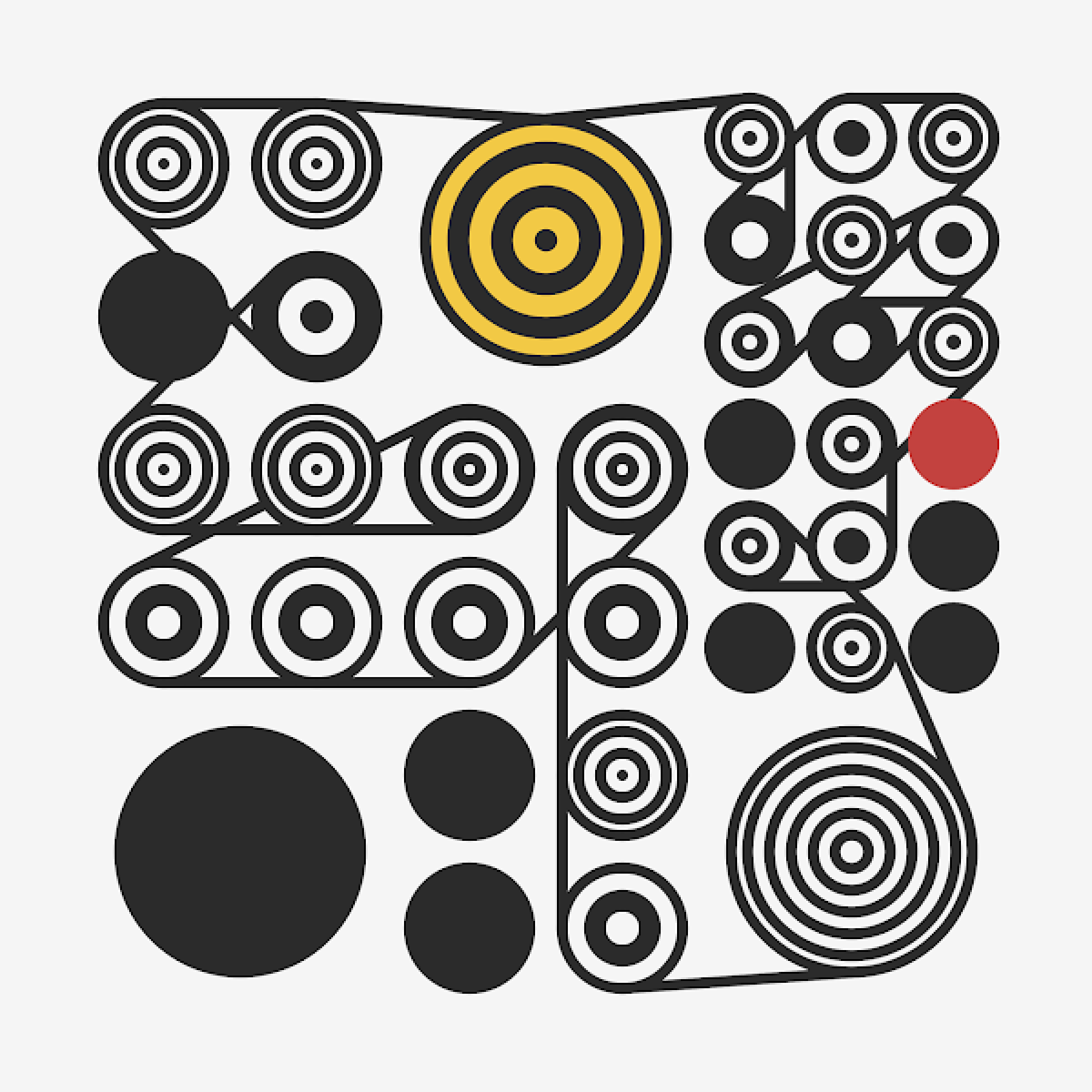 You thought the punks were done? This is the last one, we promise.

Crossroad is another digital artwork created by Beeple, which was resold for $6.6 million on Nifty Gateway. The work shows a depiction of former US President Donald Trump lying down with several marks on his skin after losing the 2020 US presidential elections. 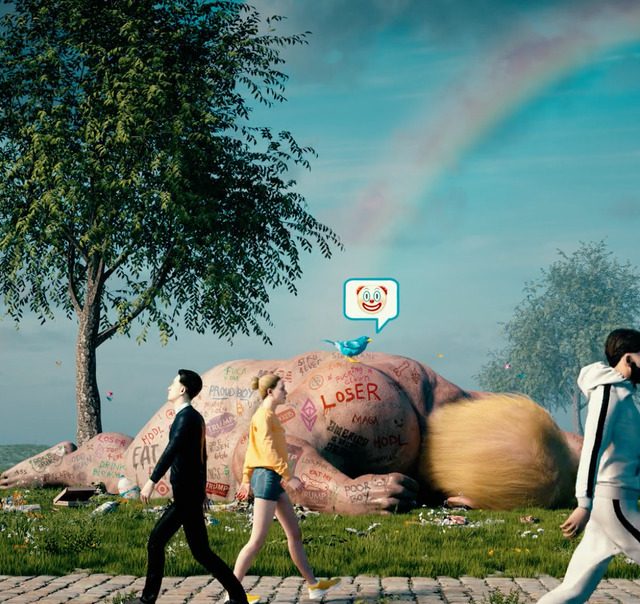 According to Beeple, the design of the artwork is meant to change based on what the outcome of the election would be, which is why he also created a different version of the artwork in case Trump won.

This NFT piece, called Perspective, is a pencil drawing that was drawn by Ross Ulbricht while he was in prison. It's part of the Ross Ulbricht Genesis Collection, and the entire collection was compiled into one singular NFT using Kanon's KSPEC protocol.

The sales proceeds from this collection will "fund efforts to relieve the suffering of the incarcerated and their families, as well as the fight to free Ross from a life in prison," as stated on the SuperRare listing. 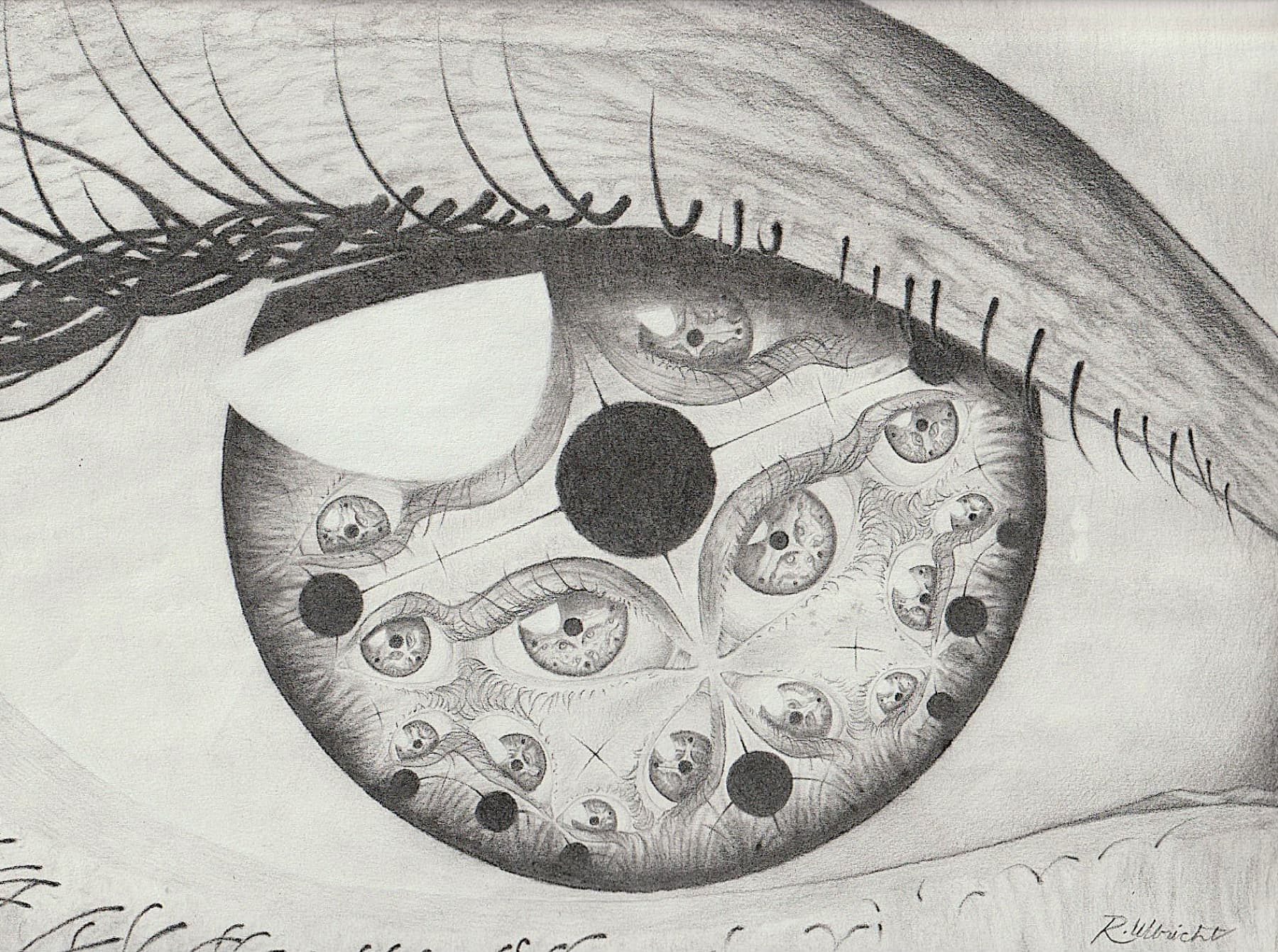 This GIF NFT by XCOPY was bought in January 2022 by @rarecollector3000. It was created in 2018 and listed on SuperRare. 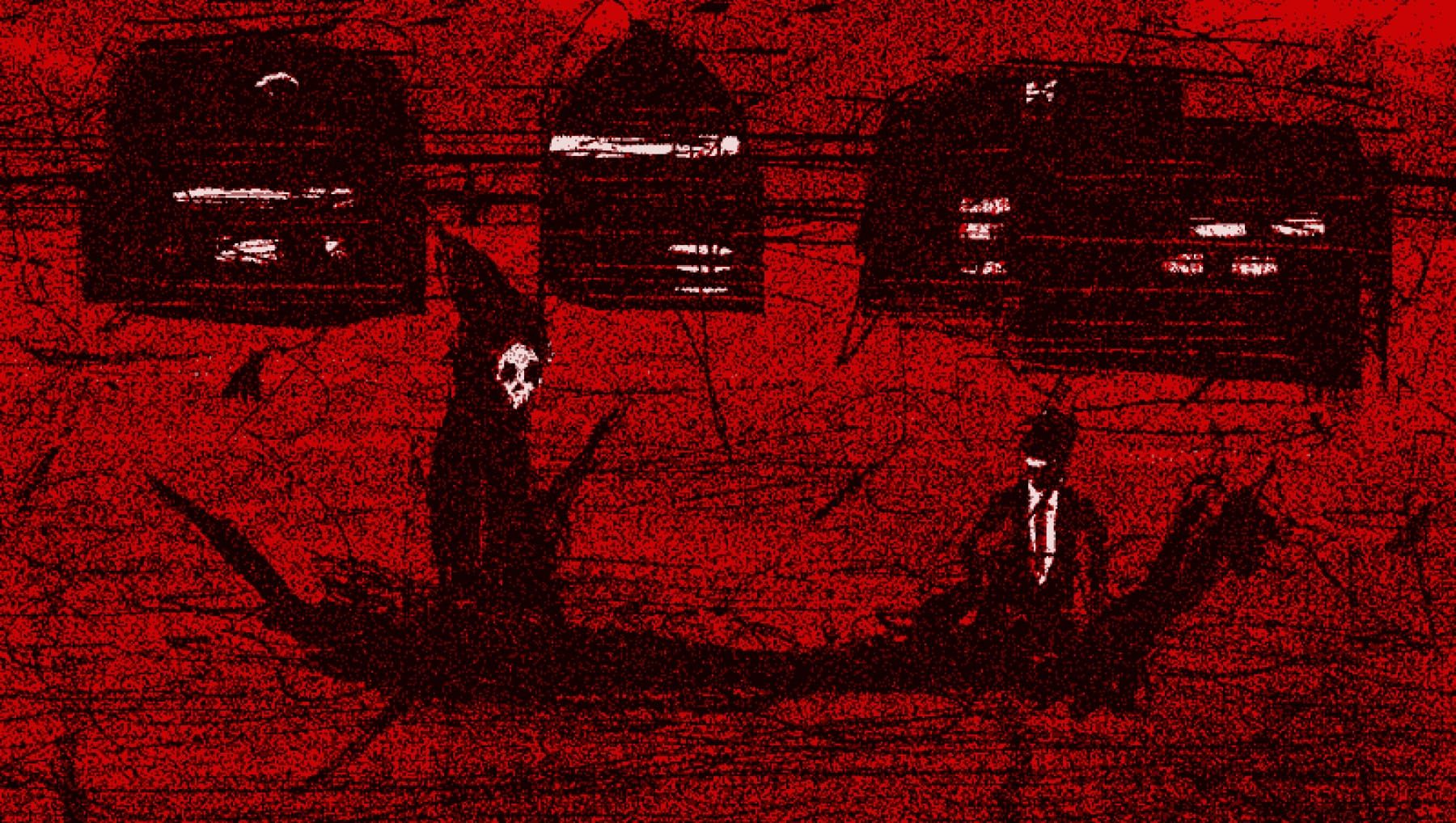 It's another XCOPY piece, but at least these NFTs have some variety!

This GIF, titled A Coin for the Ferryman, was also created in 2018. It was bought in November 2021 for 1,630 ETH by user @jpeggy on SuperRare. It's not for sale currently. 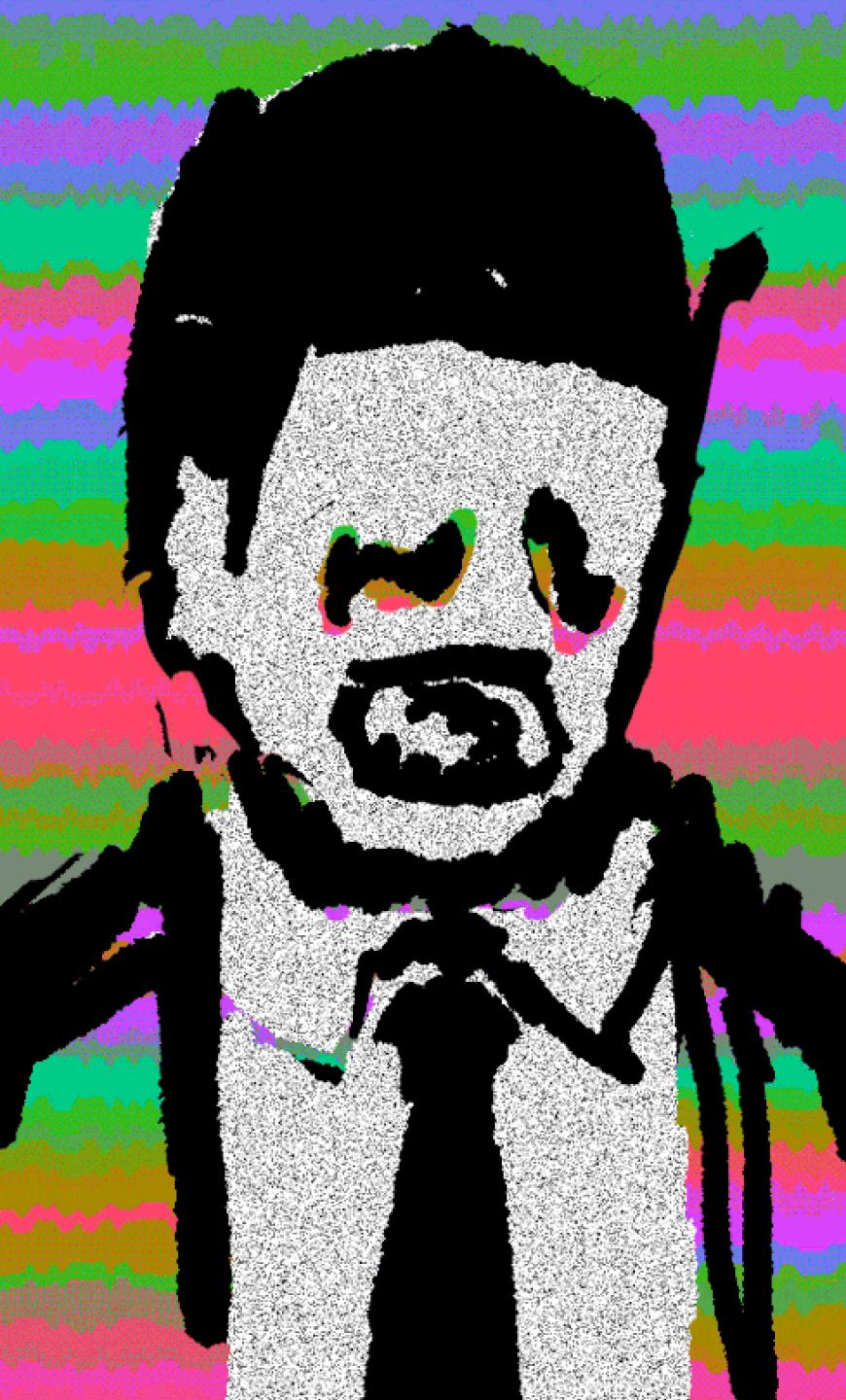 Ocean Front is another one of Beeple's new age masterpieces from the "Everydays'' series that portrays the dangers of climate change. Beeple arranged for the Open Earth Foundation, a non-profit organization that aims to promote open-source platforms "that help increase planetary resilience" to be the beneficiary of the NFT sale proceeds. 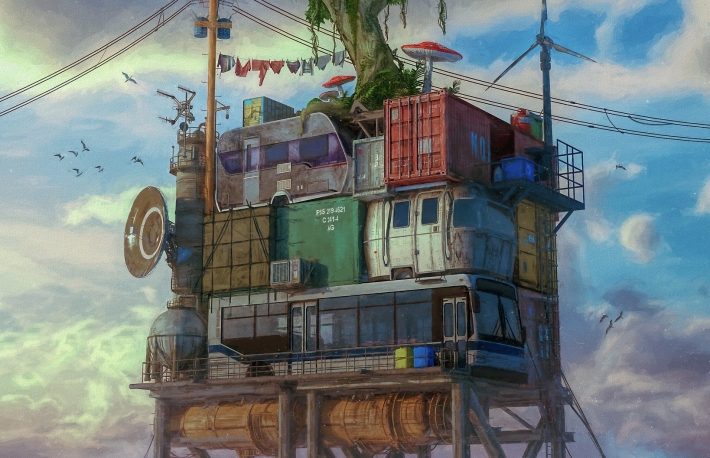 The Mega Mutant Serum NFT is part of a 10K collection called Bored Ape Chemistry Club, which was airdropped to Bored Ape owners in August 2021. The single NFT included four different pieces, which were time-stamped source code files, a video animation of the code's creation, a letter by the creator and Berners Lee self-designed digital poster of his code.

The creator of the World Wide Web collected a staggering $5.7 million dollars when he auctioned off an NFT of his creation's source code in June 2021. The money will be given to charity. 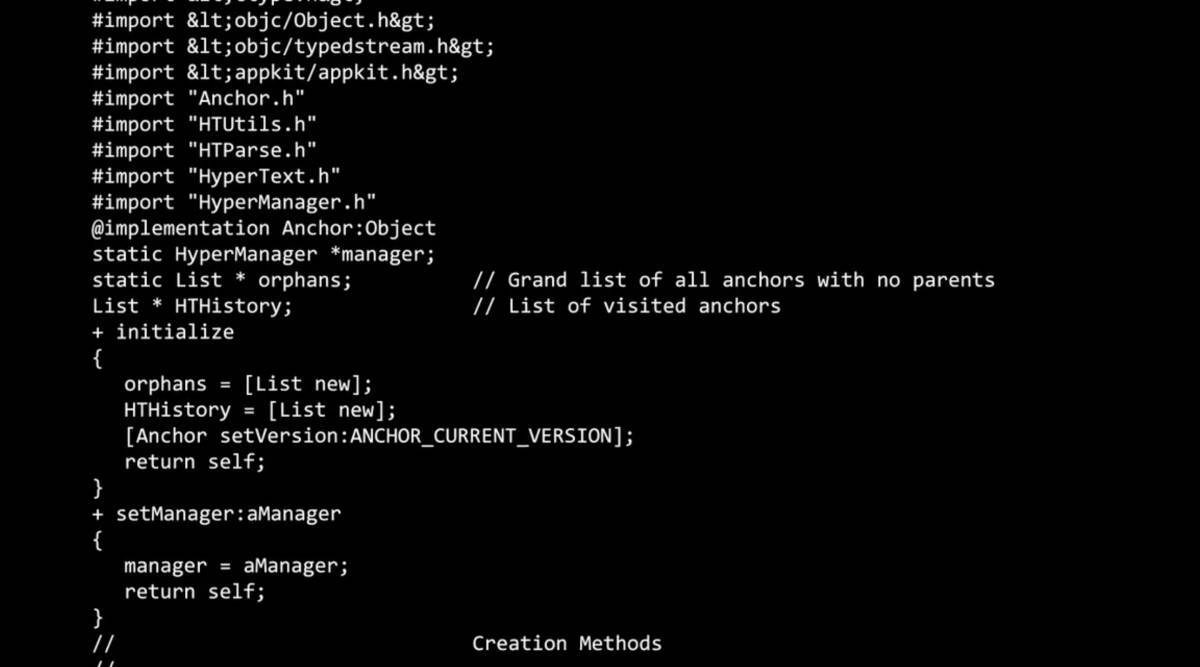 While we listed the most expensive single NFTs sold to date, there are very notable collections that deserve some attention. Some top-selling, popular NFT collections, in alphabetical order, include:

What makes an NFT valuable?

It's difficult to nail down the exact value of an NFT, or what may make an NFT valuable. However, like physical art, there are some factors that can predict an NFT's worth:

If you decide to invest in NFTs or crypto gaming, know that the value of any given NFT isn't guaranteed. Values fluctuate by the second, so it's a speculative investment.

1 - 4 of 4
Was this content helpful to you?
Thank you for your feedback!