Find the latest Mixin (XIN) price, coin profile, news and history to get you started with Mixin trading and investing. 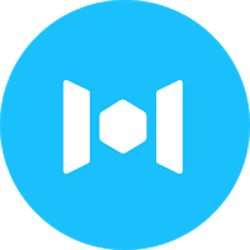 Mixin is a Japanese-based network that processes peer-to-peer transactions across different blockchains with "lightning-fast" speeds and minimal fees. Unlike traditional blockchains, the Mixin network employs a directed acyclic graph (DAG) structure to process transactions, meaning that new payments can be validated simultaneously. According to the Mixin whitepaper, its ultimate goal is to help other ledgers "achieve trillions of transactions per second (TPS), zero transaction fees and unlimited extensibility". The protocol currently supports 13 blockchains and over 50,000 cryptocurrency tokens. A key feature of the Mixin networks is Mixin Messenger, a decentraliszed app (dAPP) developed by the team. The app operates as a hybrid of Facebook messenger and a typical cryptocurrency wallet, letting users store, send and receive digital assets as well as privately chat to others using encrypted messages. XIN is the native token of the Mixin network. It can be staked on the Mixin protocol in exchange for additional tokens as a reward. XIN coins are also pivotal for the compatibility of dApps built within the Mixin framework.

Use our graph to track the performance of (XIN) over time.

Mixin at a glance

Historical prices compared with the price of US$297.51.

Disclaimer: Cryptocurrencies, including Mixin, are speculative, complex and involve significant risks – they are highly volatile and sensitive to secondary activity. Performance is unpredictable and past performance of XIN is no guarantee of future performance. Consider your own circumstances, and obtain your own advice, before relying on this information. You should also verify the nature of any product or service (including its legal status and relevant regulatory requirements) and consult the relevant Regulators' websites before making any decision. Finder, or the author, may have holdings in the Mixin or any other cryptocurrency discussed.