Millennials insist student debt is preventing them from buying a home 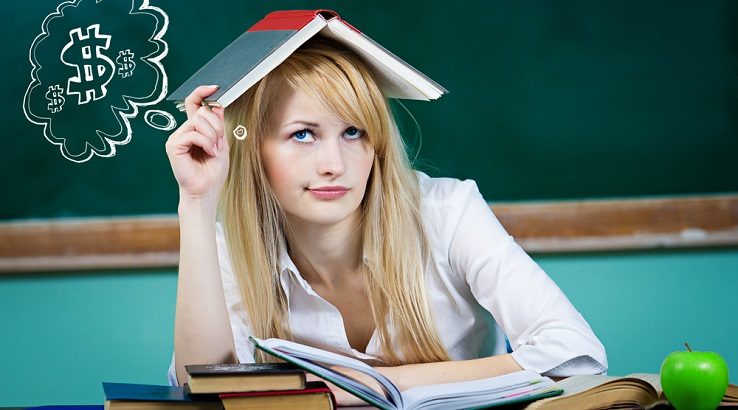 A staggering proportion of young non-homeowners suggest their hefty student loan debts are the primary reason they have delayed purchasing their first home.

The current student debt load stands at a whopping $1.4 trillion, accounting for 10% of all US outstanding debt and 35% of total non-housing debt. Student debt is also growing at a faster pace than other household debt.

It’s no wonder half of all Americans struggle to amass savings, while a rising percentage have zero set aside.

The National Association of Realtors Research Department and American Student Assistance joined forces to release Student Loan Debt and Housing Report 2017: When Debt Holds You Back this month.

Findings from the report reveal the overwhelming majority (83%) of millennial non-homeowners cite student loan debt as the leading factor delaying them from saving enough for an initial downpayment on a home.

Prior to home ownership, more than one-fifth (22%) of borrowers were delayed by at least two years
from moving out of a family member’s home after completing college as a result of student debt.

Additionally, more than one-quarter (28%) of current homeowners believe student debt is impacting their ability to sell their existing home and move to a new location.

The overall delay in buying a home among non-homeowners is seven years and three years for homeowners.

Before attending college, a little over a quarter (28%) of millennials knew the cost of school “might be expensive” or “might be cheap”, but had no further information. Only one in five (20%) had an understanding of the total costs of college; including all fees, tuition, housing and other ancillary expenses.

Despite the perception that higher education at public, state-run institutions is often cheaper, recent data found a number of public universities across the United States charge formidable fees for out-of-state students.

Almost one-third (32%) of surveyed borrowers had defaulted or forbore on their student loans.

While personal student loans and credit cards can help, beware of missed payments and extra fees and taxes. Compare a range of providers and check out our guide to discover the best options to get you back in the black.

Millennials also felt their student loans affected them from fulfilling a number of other goals too. Almost three quarters of respondents (72%) said their loans had prevented them from taking a vacation, while a significant proportion (65%) said they had been forced to delay the purchase of a motor vehicle.

Many borrowers (62%) also said their student debt prevented them from continuing their education.

Taking out a mortgage isn’t something you should rush into. Take the time to find out about how they work, the various types of loans that are on offer, the current rates available to you and then compare them.