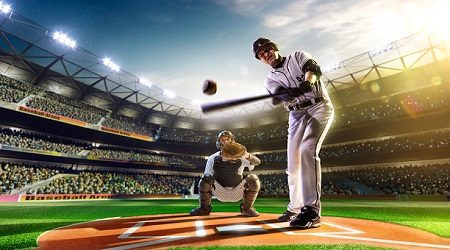 Trade and collect baseball avatars and earn rewards, enhancements and upgrades based on gameplay.

Fans of Major League Baseball (MLB) will soon have the ability to buy, sell, upgrade, trade and collect their favorite players as part of a new crypto-inspired digital game, transacted on the Ethereum blockchain.

Rewards, enhancements and upgrades are earned based on gameplay, meaning you must play to level-up. MLB Cryptos are digitally owned and blockchain-secured, meaning they’re traded via Ethereum’s digital ledger.

The app will be available on both iOS and Android, coming soon to Apple’s app store and Google Play.

The first 100 people to register for MLB Crypto Baseball will receive one free random MLB collectible. There are also additional referral opportunities to receive further rewards and extra complimentary collectibles.

CryptoKitties, one of the world’s first blockchain-based games, had a profound influence on MLB Cryptos.

“We were already talking to Lucid Sight around the time that CryptoKitties first came out…and then CryptoKitties sort of validated it a little bit more,” Gersh said in a recent interview with Yahoo Finance.

The game will be released in stages. Users will need some ether, a digital wallet and the MetaMask plugin to participate. For a step-by-step guide to getting started, you can check out Lucid Sight’s blockchain rundown.

Lucid Sight has developed a slew of other digital games and apps, including Turkey Hunt and Crypto Emoji.

In February this year, Atari, an early architect of arcade games and video game consoles, developed its own cryptocurrency, supported by a decentralized blockchain crypto-platform, for accessing digital entertainment.