Understanding what counts as fraud can help you make sure you don’t lose your benefits.

Life insurance fraud is a far-reaching problem, and one that we all pay for. According to the FBI, fraud costs insurance companies over $40 billion each year, which in turn increases the premiums of the average US family by at least $400 and sometimes up to $700 annually. It’s important to understand and recognize fraud

What is life insurance fraud?

Life insurance fraud is the attempt by the policyholder or beneficiary to mislead a life insurance company, often to get a reduced premium rate or to receive benefits they aren’t entitled to. This kind of fraud can take many forms, with consequences ranging from a simple application denial to being indicted for a felony.

What are the different types of life insurance fraud?

Lying on your application

Legally called “material misrepresentation,” lying on your life insurance application is one of the most common forms of insurance fraud. It’s also the most common reason insurance companies use to deny claims after a person has died.

Being off a few pounds on your weight, or forgetting whether your aunt had high blood pressure won’t qualify as fraud. But if you claim to be a nonsmoker and you later die of lung cancer from smoking, your insurer probably won’t pay out your death benefit.

Your insurance company can also cancel or refuse to pay your benefit if a misrepresentation on your application results in lower premiums, even if it’s unrelated to your cause of death. For example, if you fail to disclose hypertension and later die of cancer, your insurer can claim they would have charged you more in premiums and refuse to pay your death benefit to your beneficiaries.

Believe it or not, people actually do fake their deaths to get their life insurance payouts, but they almost never get away with it. For example, after major national tragedies where many people have died — such as storms or floods — life insurance companies face a barrage of claims, many in the names of people who survived the tragedy but are using the confusion in the aftermath to make a fraudulent claim.

Faking your death, even on an individual basis is against the law and can result in jail time. But it’s also considered fraud if someone murders a policyholder to get the death benefit, because by law, you’re not allowed to profit from murder.

Changing beneficiaries without the policyholder’s knowledge

Another form of fraud includes forgery. Sometimes, a person will pretend to be the policyholder to change the beneficiary on the life insurance policy. In one example, a funeral director in Shenandoah, Virginia was charged with forging a client’s signature on a document to name the funeral home as beneficiary to her $10,000 policy.

In addition to the life insurance policy you take out on yourself, another person can take out an insurance policy on you if they can prove they have what’s called an “insurable interest.” How insurable interest is defined depends on the insurance company, but most often it must include a loving relationship, like taking out a policy on your parents . But some insurers allow policies related to a financial relationship, such as between a company and a musical artist.

But in STOLI fraud, usually the insured sets up a policy that a stranger pays for in exchange for a loan that the insured can use while still alive. The stranger then collects the tax-free death benefit once the insured passes away.

Every life insurance policy has what’s called a contestability period. From the day you purchase your policy, the insurer has a period of two years to investigate whether to adjust or cancel your policy. If you die within that time, your insurer can hold back payment of your death penalty while they review your application for fraud.
Get free life insurance quotes today
Compare 12+ top insurers side-by-side to get the best possible deal, and shop return of premium policies online. 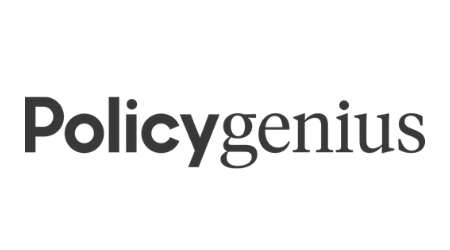 The consequences of life insurance fraud

As with any fraud, life insurance fraud comes with a variety of consequences.

Your insurer will reject your application.

Your insurer will raise your rate, or require you to backpay premiums.

This can happen with some forms of application fraud, especially if you lied or omitted information about a medical condition that would normally cause your premium to be higher. If your insurer discovers a discrepancy, they may raise your premium, and ask you to pay the difference for past months to continue the policy.

Part of your life insurance contract is a list of reasons why your insurer can cancel your policy. Fraud is typically one of those reasons. But a cancellation for material misrepresentation can only happen within the contestability period.

Once that period is up, your policy enters an incontestability period. Your insurer can’t cancel your policy if your health declines after you’ve purchased insurance, even if you’re doing it to yourself. For example, if you start smoking or engage in high-risk activities like extreme sports.

Your insurer will delay or deny the payout to your beneficiaries.

If you die during the contestability period, your insurer has the right to delay payout during an investigation for fraud. If it’s found that you lied on your application, even if the lie is unrelated to your death, payout of the death benefit can be denied.

You may face criminal charges.

Insurance fraud is against the law, and some forms of fraud are considered a felony. If you fake your death or engage in an elaborate scheme to defraud your insurance company, you can be charged with fraud and face jail time.

How to avoid life insurance fraud

The best way to avoid engaging in life insurance fraud is to always be truthful. As insurance investigations become more sophisticated, getting away with even minor life insurance fraud becomes less likely. If you want your loved ones to receive the death benefit you diligently paid into, be sure to avoid anything that may give your insurer a reason to deny or cancel your policy.

How to report life insurance fraud

If you suspect that someone is engaging in life insurance fraud, either defrauding you or someone else, the National Insurance Crime Bureau has an anonymous tip line, as well as a form to report your suspicions on their website. To leave an anonymous tip, call 800-835-6422.

By refusing to misrepresent your health or circumstances on your life insurance application, you can ensure that your loved ones receive the benefits of your policy, and help stem the annual fraud costs inflicted on the industry that make your premiums higher. If the premiums are too high on the policy you’re considering, take the time to shop around, because there may be a better deal out there.

Heather Petty is a personal finance writer at Finder, specializing in home and personal loans. After falling victim to a disreputable mortgage broker when buying her first home, she’s on a mission to help readers avoid similar experiences when managing their own finances. A self-proclaimed word nerd, her writing has been featured on MSN, Credit.com and MediaFeed, among others. Heather previously worked as a technical writer and editor for the casino systems industry and is an internationally published young adult mystery author. She earned a bachelor’s degree in English with a minor in journalism from the University of Nevada, Reno.

How to make a will online What happens if you outlive your term life insurance?