Less than half of Americans get the flu shot 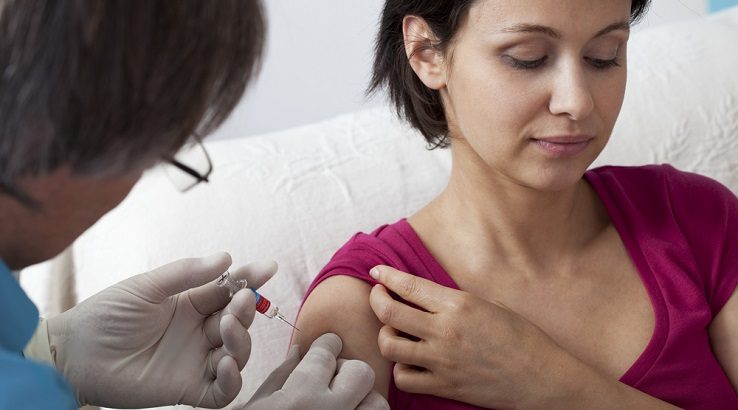 Cold and flu season is upon us and while people fill their purses and pockets with tissues and tablets, US health authorities are encouraging the public to be more preventative by getting vaccinated against influenza.

The National Foundation for Infectious Diseases (NFID) has urged Americans to follow the Centers for Disease Control and Prevention’s (CDC) advice that individuals aged six months and older receive a flu shot each year.

This week, US Secretary of Health and Human Services Thomas E. Price revealed coverage estimates from the 2016/17 flu season found fewer than half of the US population (46.8%) received vaccinations.

Spread the word about importance of annual #flu #vaccination, not the #Flu! @SecPriceMD https://t.co/3u2a2RX1l3 #FightFlu pic.twitter.com/nbfBzwa20T

While there were minor increases in some of the more vulnerable communities, such as adults over the age of 50, general estimates published in CDC’s Morbidity and Mortality Weekly Report remained static year-on-year.

The only group which exceeded the national public health coverage goal of 70% in 2016/17 were children aged 6-23 months. More than three-quarters (76.3%) of kids this age received influenza vaccinations last season.

Coverage among adults was higher for females than males in every age group except those aged 65 and over.

The hospitalization rate for the 2016/17 season was almost twice as high as it was in 2015/16, despite fewer flu and pneumonia-related deaths, and was greater than the last eight seasons, aside from 2014/15.

For the forthcoming 2017/18 season, the NFID estimates up to 166 million doses of injectable influenza vaccine will be available across the US, while more than 73 million doses of flu vaccine have already been prescribed.

While there are a variety of vaccines and injection options, they may not all be readily available at every location. The NFID suggests Americans don’t wait to get vaccinated if their first choice isn’t available.

If you want to find out where you can obtain a flu shot, check out the HealthMap Vaccine Finder.